In the Advanced Dance class final video project, “NY Tough,” dancers expressed their lives during quarantine, accompanied by the words of Governor Andrew Cuomo, as he shared his own experience of in-depth talks with this daughter, who was isolated by the COVID-19 pandemic.  The haunting melodies of Hammock’s “My Mind Was a Fog…My Heart Became a Bomb” set the mood.

In her solo section for the Grades 10-12 class final project, Brianna Khrakovsky ’22 depicted the struggle of getting out of bed every morning. “For me and many of my peers, getting up every day was difficult because there was nowhere to go, and nothing to do, that it felt as if your body has drained itself of all motivation,” she said.

Gauri Purohit ’21 explained, “I decided to explore restlessness and aimlessness that I have personally felt during this period of quarantine, and my increasingly apparent inability to focus on schoolwork and exams amid not just a health crisis, but also a social rights one. I filmed myself dancing while studying and then stopping to clean to convey these emotions.”

Gabrielle Perry ‘22 chose her daily walk. “Everything revolves around our screens and staying inside,” Gabrielle said, “so taking the time to give yourself that access to the outside world is extremely important. It’s a small piece of normalcy, excluding the mask and gloves, that we have access to in a time where the world is anything but.”

“This piece was created as a nod to our frustrations and anxiety, but also to celebrate the New Yorker’s ability to persevere and triumph.”

For this Performing Arts project, Upper School dance teacher Dani Bensky asked her students to think about “their daily life, what their schedule consisted of, and how the restricted space was affecting them” during quarantine. “The project originally stemmed out of commercial dance and the idea of choreographing daily activities in limited space,” Bensky said. “Earlier in the year, we had examined dances for social justice, and viewed  a piece by Keone and Mari titled “We Are” that was a commentary on immigration. They have always been highly successful at choreographing pieces that are structured to utilize their environment and continually find the nuances through a variety of genres.” In creating the Advanced Dance video, Bensky said, “We discussed the concept of environmental choreography with the focus on nuance, detail, and storytelling. Students were asked to independently recreate a moment of their day, infused with their own choreographic language. We discussed all of the feelings that emerged through the creative process and dissected media portrayal of the virus. In one of the many press conferences that have become the all-too-familiar soundtrack of the time, Governor Cuomo had referenced the concept of being New York Tough. As New York students, in a time of crisis, the idea of being NY Tough really resonated, and feelings of togetherness, even through isolation, emerged. This piece was created as a nod to our frustrations and anxiety, but also to celebrate the New Yorker’s ability to persevere and triumph.”

“In a time of such panic, stress, and fear, Governor Cuomo has really been a source of calm and encouragement for the state,” Gabrielle said

Brianna added, “It also reminded me that I’m not going through this alone, and I have other people to talk to about my frustration.”

“My classmates and I have always been a close group so it wasn’t like the making of the video suddenly brought us together,” Gabrielle said. “When watching the final piece as a group, however, it was pretty clear how proud we were of one another. The cheering, clapping, and hyping up of one another in the chat was a profound moment of connection over the screen that was as close as we could get to the feeling of our in-person connections.”

“While making this piece, it was more than just dancing,” said Brianna. “We talked a lot and got to know each other better than we already did. We all began to appreciate being together in the studio a lot.”

“This was such an exceptional class,” Bensky said, “Their collective energy was infectious and the way that they truly cared for, and supported one another was inspiring. I’ve never had a more close-knit group of students who were brave enough to express themselves so openly and reveal their true identities through art. I’m happy that even a small piece of that was reflected in this work. I’m tremendously proud of them and the discoveries they made this year.”

“Working on a piece of art together,” Gauri said, “even if we are not physically close, made it so that we could unite in the mission to foster the sense of community that Poly considers to be so integral to our identity.”

“I found that Governor Cuomo’s ‘NY Tough’ served to not only unite New Yorkers,” Gauri continued, “but also to remind us of our resilient and persistent spirit, and that we will indeed be able to ultimately overcome the devastating effects of the virus.”

As the dance video came to a conclusion, Governor Cuomo assured his listeners, “And we are going to get through it…because we are New York Tough. New York loves all of you…New York loves everyone. That’s why I love New York.” 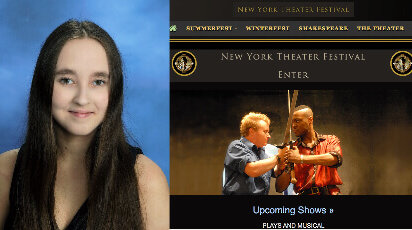 Aspiring actor and playwright Hallie Stephenson ’20 often performed on the Poly stage, and now, her original play, The Virgin’s… 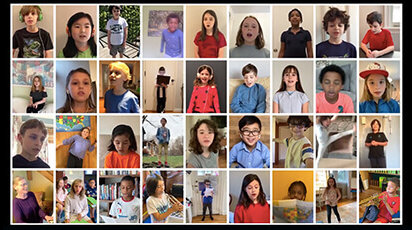 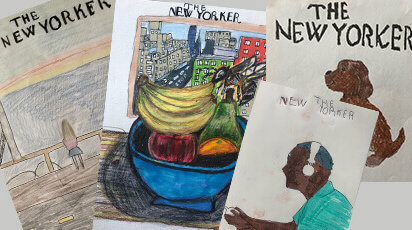 Night (or Day) at the New Virtual Poly Museum

This week, Poly opened the doors to its first art exhibition in the Virtual Poly Museum. To kick off this…