Movement… color… sound… leaps and pirouettes… every year, it all comes to life in Poly’s annual Afternoon of Student Choreography. Styles from hip hop to salsa to ballet made this year’s performance shine brightly, thanks to the almost 100 students who brought their passions to the stage in a thrilling series of solos, duets, and group dances.

Even more impressive: the production and cast come from our fearless leaders/student choreographers Brittany Jones ’20 and Jared Brandman ’20, who (with the help of faculty advisors) tackled every aspect of production, from running preliminary auditions to directing the final show. Brittany said this year’s theme, “Legends of Music,” was inspired by the “realization that every dancer has a different interpretation of what a music legend is,” which helped bring even more diversity into the spotlight. Auditioning students embraced the theme with overwhelming enthusiasm and created their own choreography, many for the first time.  Caribbean styles to camouflage and traditional to contemporary… costumes ran the gamut from minimalistic black and white to bursts of color that captivated as they bounded across the stage.

“Though I didn’t expect for it to be my last Poly dance performance, I’m happy it was one that I played such a large role in creating.”

“It was super special for Brittany Jones and me to direct ASC this year,” said Jared, “as it really was our last show at Poly due to the pandemic. I really enjoyed being able to have the artistic freedom to mold the show; if Brittany or I saw something we wanted to change, we finally had the liberty to step up and do so, which was really exciting! My favorite part was the finale as it celebrated everything Brittany and I had come together to create, and the energy levels on the stage were so high. We had a little moment where we just looked at each other on stage during the bows and we both knew how happy and proud the other was. Though I didn’t expect for it to be my last Poly dance performance, I’m happy it was one that I played such a large role in creating.”

Proceeds were donated to the Trans Women of Color Collective, an organization chosen by co-directors Brittany and Jared. 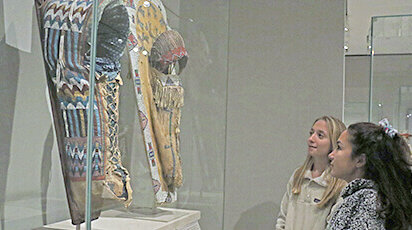 As part of their visit to the Metropolitan Museum of Art, Poly’s AP Art History students and their teacher Laura… 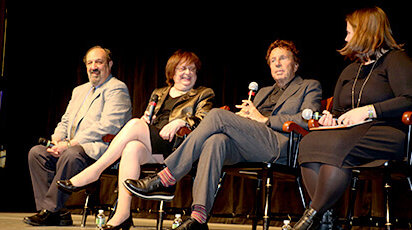 On a cool evening in March 2019, the Poly community gathered in the Richard Perry Theatre for a screening of… 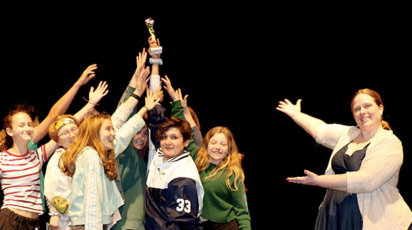