WELCOME! CONSIDERING POLY FOR YOUR FAMILY?

The Poly Prep Ultimate club began in 2014. They have evolved into a highly competitive team that competes in NYC and the New York state level. Ultimate differs from other sports in that matches are mixed competition—a team’s seven-person lineup must feature at least two girls on the field—and is refereed by the participants.  Ultimate promotes the familiar values of hard work, preparation, and team unity. Poly Prep’s Ultimate team has recently had significant success in winning the DiscNY High School Championship in 2019. 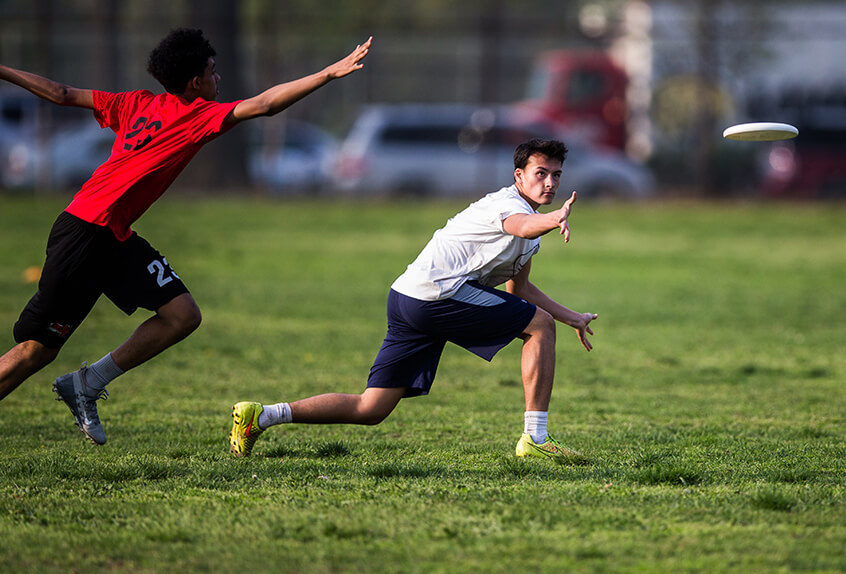 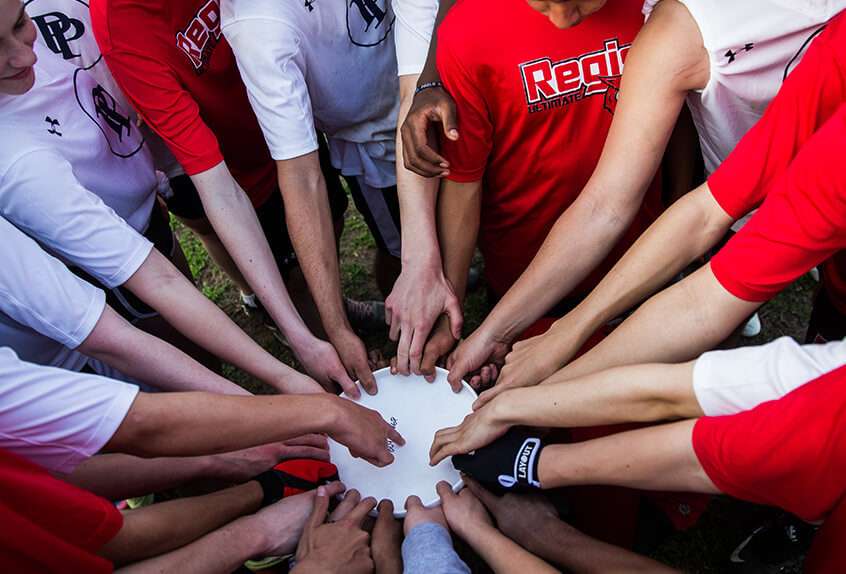 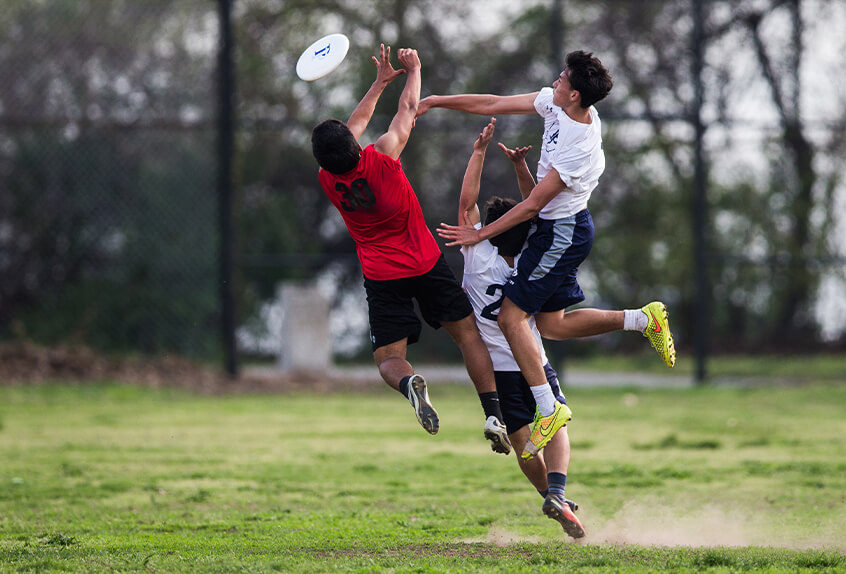 Home competitions are played at Poly Prep Steinberg Athletic Complex while the team trains at the fields of our neighbors, Fort Hamilton Army base. 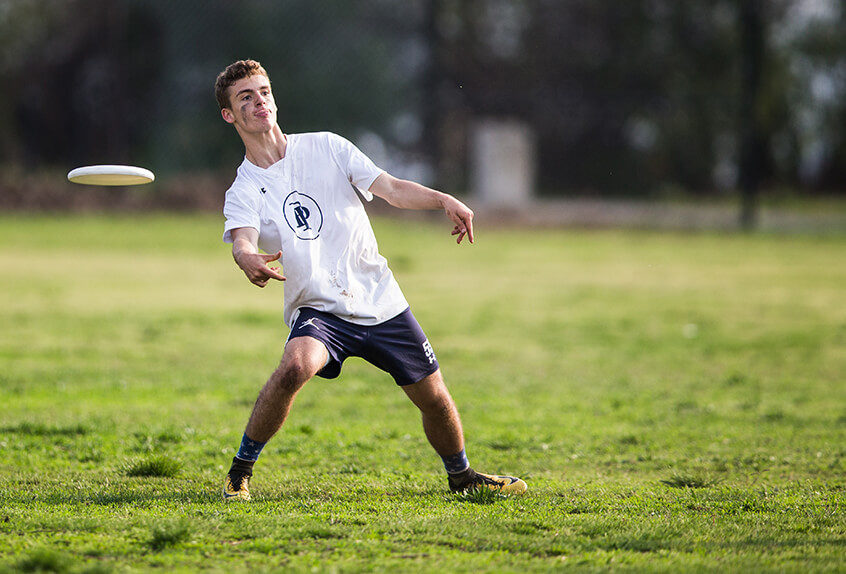 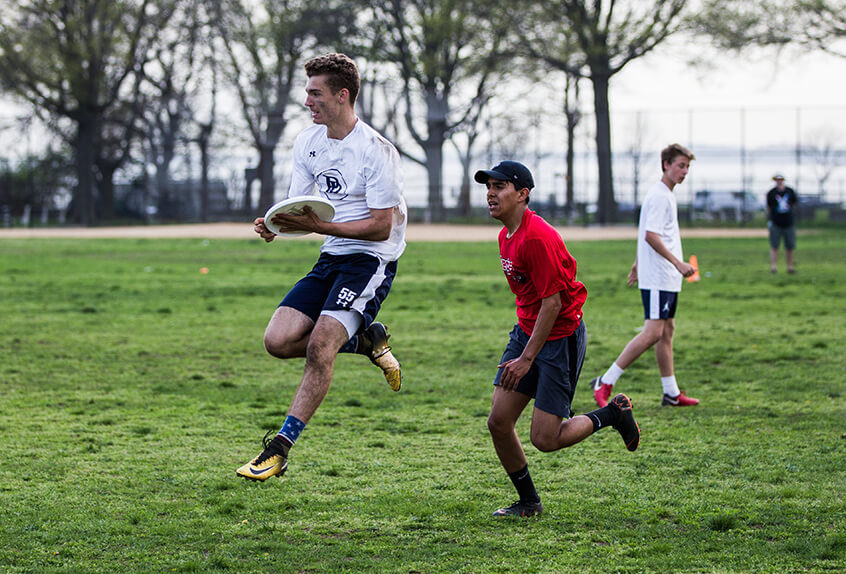 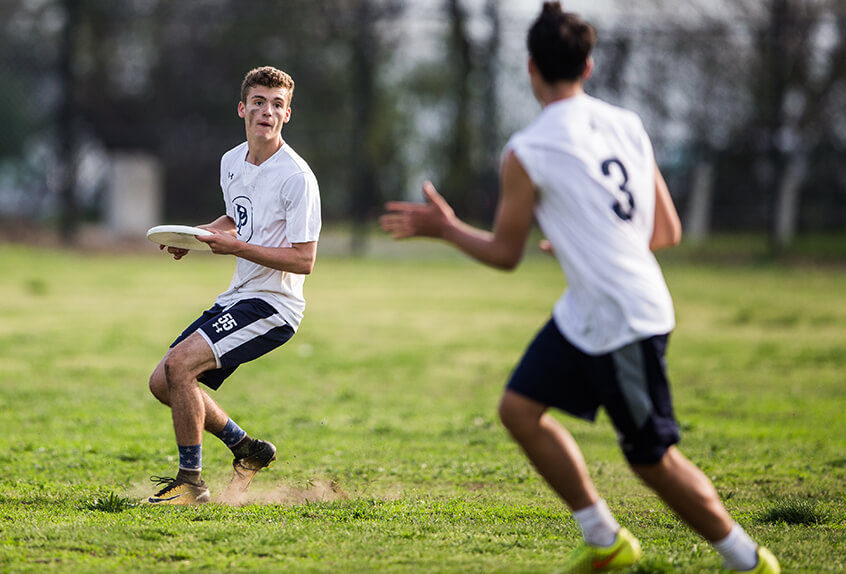 As a captain junior and senior year, Tommy proved himself an inspiring leader and athlete. He can high point a disc-like with the best in New York State while retaining extremely strong throwing fundamentals. Tommy hopes to win a national championship with The University of Richmond.

Leo Jordan has been playing with Poly Ultimate for four years. As a leader and three year captain, Leo has built the team around camaraderie, athleticism, and love of the game unmatched by any other team in our league. As the lead handler and a formidable cutter, Leo is reliable and steadfast with the disc. He will attend Carleton College in Minnesota, continuing his Ultimate career.

After four years of hard work, Molly has developed into an extremely impressive player and transformed into a strategic captain ready to lead the team. She has never been shy about holding her teammates accountable and is a spirited supporter of her team.