“There’s a bond in our class that spans five decades. For a large part of the chats, we’re 17 years old again, at least in spirit.”

Over the past six months of lockdowns and life-changing events due to COVID-19, the Poly Class of ’76 has set aside a sanctuary of time every Sunday night for over 22 consecutive weeks for a Zoom chat. If there’s a silver lining to the traumatic COVID-19 crisis, it has been the extra effort friends and classmates have made to stay in touch.

“Many of us talk on a daily or weekly basis anyway,” said Andre Ciprut ’76, “but the pandemic hit a nerve that made us all want to get together as a group and make sure we were all OK. Zooming allowed us to accomplish that virtually.”

“Originally, it was just texting to see who was around to chat, check in, and reassure each other,”  Ciprut said. “Then, we reached out to other classmates who we hadn’t spoken to in a while.  Now, as we have reconnected with more and more classmates, the Zoom Evite goes out to 39 participants and it’s growing each week!”

Dashow said, “I’ve made so many wonderful friends on this journey called ‘Life’…lost touch with so many as paths diverge; but it’s truly amazing how connected the Class of ’76 has stayed for 44 years. And I’m proud to report that our humor goes RIGHT BACK to senior year. As “T” always said: ‘76 – THAT’S the Spirit!’”

“We may be social distancing, but as a group we’re closer than ever,” said Ed Burke ’76. “There’s a bond in our class that spans five decades. For a large part of the chats, we’re 17 years old again, at least in spirit.”

“It’s been great to reconnect with friends from high school that I otherwise might not see very often at all,” said Peter Asher ’76. “It’s a good thing especially during these challenging times to hear familiar voices and have stress-free, fun conversations with people that you’ve known for 40+ years.”

“Hairlines have changed, but the laughs sound the same.”

“It’s amazing how after five minutes we are all 18 again,” Charlie Kreines ’76 said.  “We can’t remember what we had that day for lunch, but we remember with haunting detail what we did 44 years ago, especially if it involved misbehaving. Hairlines have changed, but the laughs sound the same.”

Yellin said, “I look forward to this meeting every week—it’s always a blast to see a face that we haven’t seen in over 40 years … and we pick right up where we left off in 1976.  I think one of the most amazing things is to learn about the different paths we all took and how we turned out so well as a class.”

Frank Fiorenza ’76 expressed these feelings by quoting the ELP song Pirates: “I will take you for always forever together/ until hell calls our names.”

Thanks to Ed Burke ’76 for writing and sending this story to us! 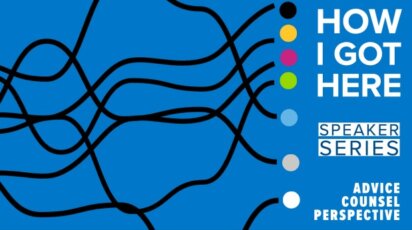 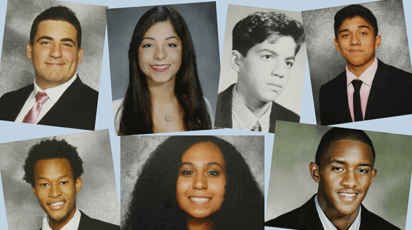 Alumni returned to campus to assist faculty and staff with Poly Prep's outdoor learning across the Dyker Heights campus. 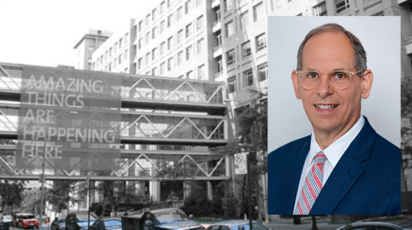