Grade 7 History is a study of American History. “Earlier in the year, students and I had discussed at length issues of slavery and discrimination,” Levia said, “with a huge emphasis placed on the legacies and impact of the institution of slavery.”

Easter’s story featured “viral protest and tribute images making the rounds on social media,” said Levia, who used this to teach “a lesson on the influences of tribute art, the messages behind Black Lives Matter protests, and the lineage of Black activists and artists.” Below are some examples of the work students contributed to the project.

Annakaecia C. ‘25 decided to create a word cloud for her project “with all of the words that come to my mind whenever I think of racism, oppression, or anything like that.”

“I learned that there are so many different parts of oppression and racism that we don’t even realize at first.”

“In my word cloud,” Annakaecia said, “you’ll see that all the words are jumbled up, which represents my mind in a way. Whenever I think about topics like this, my mind gets filled up with different emotions, and they just get jumbled in my head. Writing out my thoughts could help me calm down and relax. You’ll see that in my word cloud, I’ve included the number 13, which represents a few things. One thing it represents is the 13th amendment, which freed African Americans from enslavement. Another thing it represents is the fact that African Americans make up 13% of the U.S. population, yet they made up 24% of the people who were killed by the police in 2019. A third thing it represents is the fact that a lot of us in seventh grade are only 13 years old, but we are still capable to make a change in our communities and in society.”

“By creating this,” Annakaecia said, “I learned that there are so many different parts of oppression and racism that we don’t even realize at first. I also learned that we don’t always know what people are thinking or feeling, so we should take that into consideration when discussing topics like this one. Overall, this was a really fun and eye-opening project to do, and I really enjoyed it.”

“Through research I learned that our financial state isn’t new, and if we don’t talk about solving it, wealth inequality may cause another revolution.”

Seventh grader Matthew J. ‘25 described his project, a poem.  “I wrote about wealth inequality. Through reading it, I wanted the viewer to feel shocked at how different lives are even though they aren’t very far from each other. I used a lot of symbolic ideas in my project. I wanted to talk about the disparity between nations in the 1790s as a good example of why wealth inequality is a major problem. Both Britain and France were wealthy nations, but because wealth was more equally distributed in Britain rather than the French system where wealth was concentrated in the aristocracy, life in Britain was much better than in France. In fact, I’d say that the French Revolution was largely caused by the extreme wealth inequality of the Capetian dynasty.  I thought that this was largely similar to conditions in America today, where the rich are getting a lot richer while the poor struggle to feed themselves. 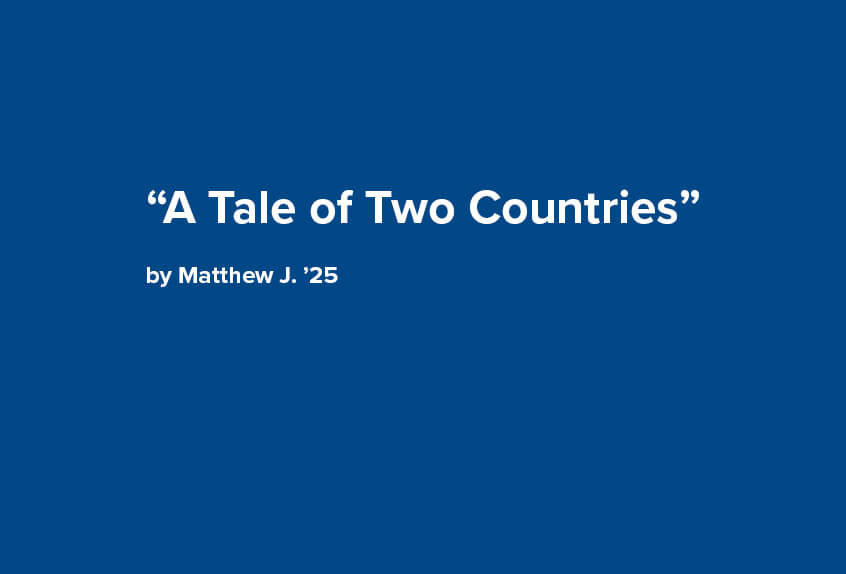 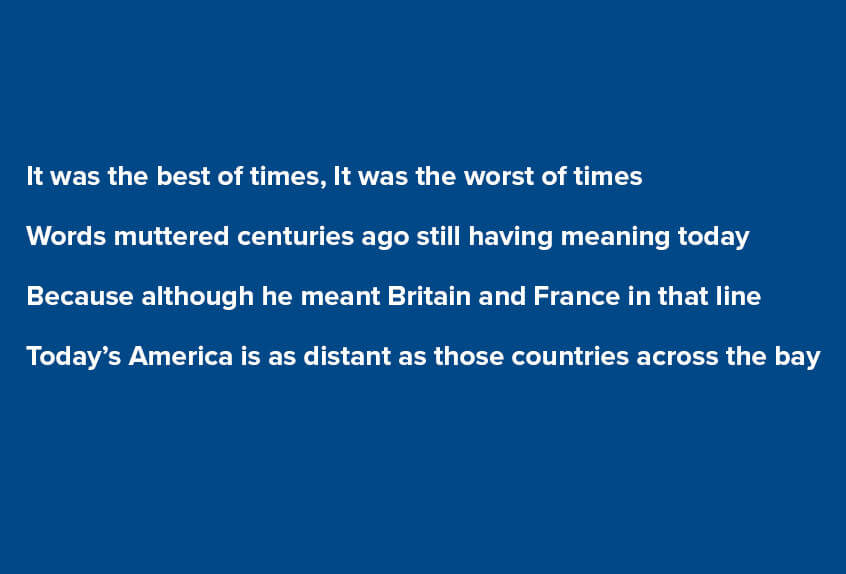 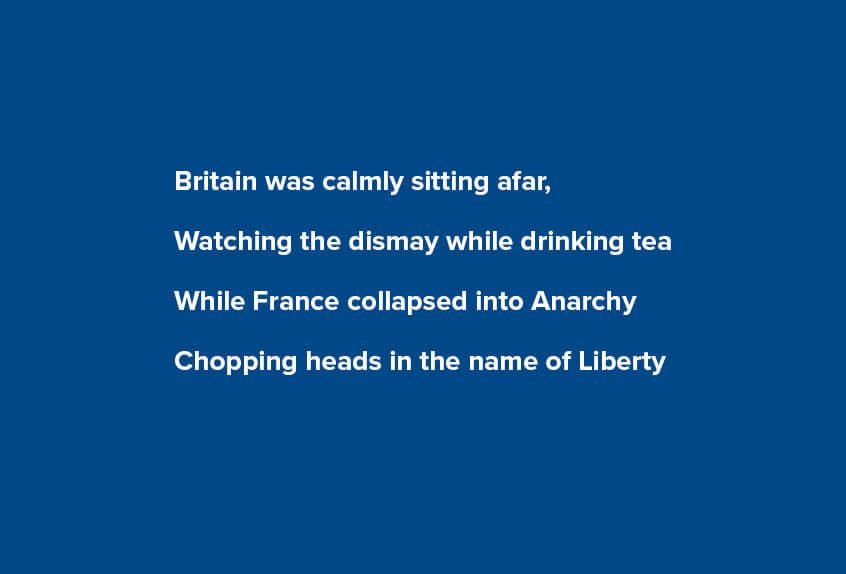 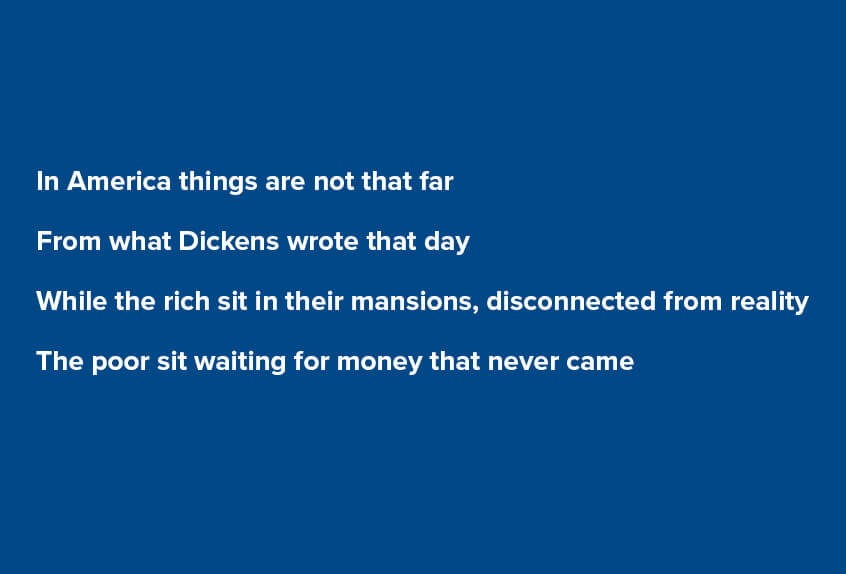 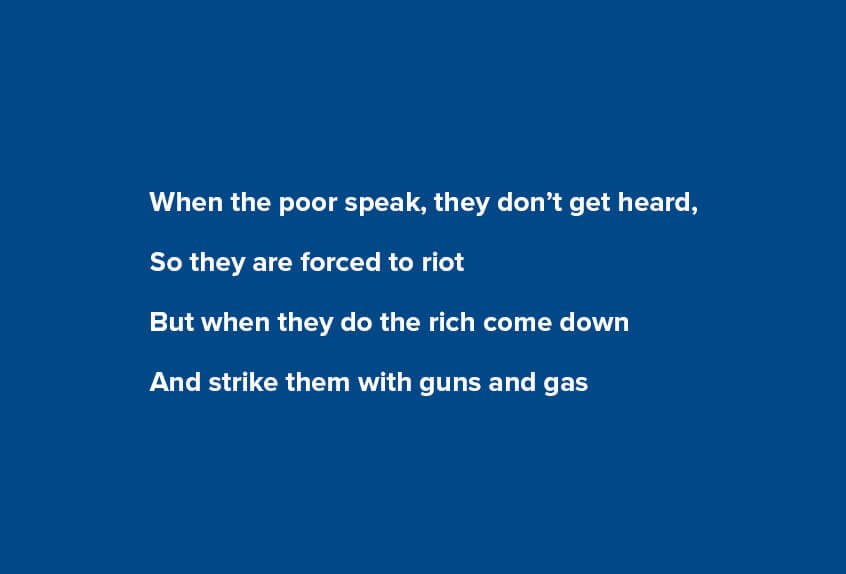 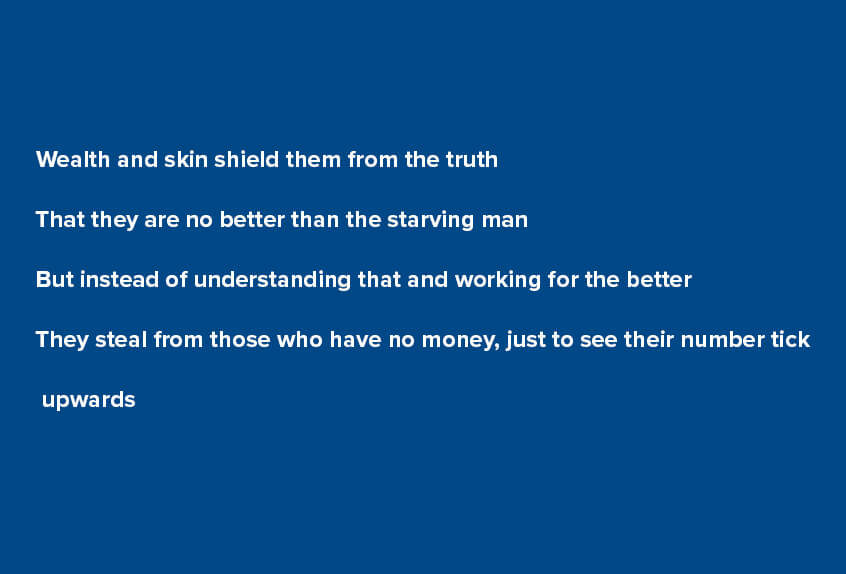 “Through this project I learned more about historical wealth inequality and its effects on society,” said Matthew. “Through research I learned that our financial state isn’t new, and if we don’t talk about solving it, wealth inequality may cause another revolution.”

“Sometimes I’m afraid to say the wrong thing, so I don’t say anything. I think it’s important to speak up, because if we don’t, we may never see change for the better.”

Ava B. ’25 looked through Benjamin Franklin quotes for one to use in her project.  “I read through a lot of them and this one, ironically, ‘spoke’ to me,” she said. “I wanted my poster to depict a person standing in silence while everyone around her is speaking up. I used the words for the signs on my poster that I saw on pictures of protests that are happening right now.”

“The girl in the picture symbolizes youth,” Ava explained, “and the X across her mouth symbolizes silence. I wanted to convey the idea that it’s important to teach children how to speak up for what they believe in.”

“I learned that if we want to see change, we can’t be silent,” Ava said. “Sometimes I’m afraid to say the wrong thing, so I don’t say anything. I think it’s important to speak up, because if we don’t, we may never see change for the better. Even if one person can’t right the wrongs, I will be a much better person for at least trying. Also, if each person speaks up, as a group, we are louder and can be heard.”

“It’s no secret that there are a lot of problems with our country that go way back before it was even founded, and one of the biggest is racial injustice.”

Griffin A. ’25 made a short video inspired by the protest after George Floyd’s death to express “the beauty of BLM protests, and how they bring people together like many protests tend to do. The images in the video are ones that I found moving and some of them in a way artistic. I chose the song If You’re Out There by John Legend to go along with my video because I interpreted the lyrics as a call to the younger generation to take action and fight back against the racism that past generations have condoned, and unfortunately our generation has, too. It’s no secret that there are a lot of problems with our country that go way back before it was even founded, and one of the biggest is racial injustice. So I wanted my video to be sort of hopeful and highlight the beauty of the BLM movement. The whole reason there even has to be a movement is because of an ugly, violent thing, and while I strongly believe that it’s super important to bring attention to that, I instead wanted to bring light to the fight against it.”

Levia said, “I wanted to design a final assignment that brought the potential for beauty and joy in equal measure with the potential for critical engagement with racial justice issues. That was a little naive, because there are students for whom this experience was not joyful. There’s a lot going on in their lives.”

“The directions students ventured were so interesting,” Levia continued. “This was a very quick process from start to finish. I haven’t even asked everyone how they have been processing,” Levia said. “I want to think that it’s helpful. I’ll speak for myself and say that the collective effort has been healing for me. It’s emotional, looking at the work students shared, even work that we know is in progress. It’s all in progress, because we’re all learning how to show up for each other.” 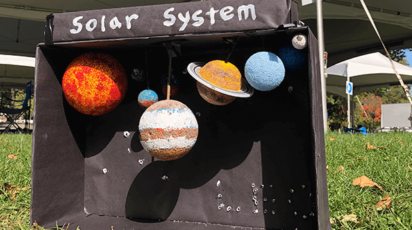 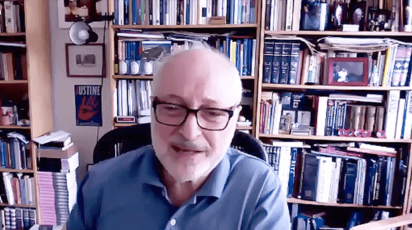 Students in Writers' Block have a master class with author Andre Aciman. 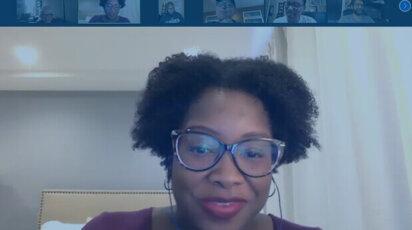 Anti-racism training is a key aspect of Poly Prep’s commitment to fostering an inclusive environment for all students. On October…