One Student’s Journey in a Year of Challenges

COVID-19 changed how we navigate in the world. Poly’s Kadyn Liburd ’21 faced this head-on while she was studying abroad in China, the disease’s epicenter. As the coronavirus led to lives upended and global attempts to try to stem its deadly spread, Kadyn and others evacuated China only to confront what the virus was doing in her own country. But as the weeks went by, she adapted and remained undefeated. By spring, she was focused on the fight against racism after the the murder of George Floyd by joining Black Students Demanding Change.

When A Global Pandemic Hits

Kadyn flew to China in August 2019 expecting to spend the school year in Beijing in a School Year Abroad (SYA) program. She attended classes at Beijing Normal University HS #2, about a five-minute walk from her host family’s home. She studied Mandarin, which she describes as a “fascinating language.” She also studied Chinese history and issues affecting the Chinese environment such as air pollution and water issues, as well as how the environmental branch of the government works.

“No one was on the street. The city was empty.”

At Poly, Kadyn is part of the three-year Science Research Project. She planned to continue her research on microbial water pollution in China, making field trips to collect water samples in various provinces. She expected to travel to the rural area of Yunnan in January 2020 to collect her first sample.  But all plans collapsed with the outbreak of the coronavirus at the end of December and early January. Her host mom got her a mask to wear. The outbreak had blown up just as millions of people in eastern China were traveling to rural areas for Lunar New Year celebrations. Kadyn’s host mom said she could not leave the house. But when they did venture out for a celebration, in usually bustling, traffic-jammed Beijing, there was eerie silence. “No one was on the street,” Kadyn recalled. “The city was empty.” Quickly the number of coronavirus cases jumped from three or four to 30. Parents started to pull their kids out of the SYA program. The director announced they would all have to be evacuated.

By late February, there were more than 77,000 coronavirus cases in China. Kadyn describes leaving Beijing as a surreal experience with a long line outside just to get into the airport, two hours to check in, and then two hours through security. “Everyone was wearing masks and everyone was wearing masks on the plane,” Kadyn said. “We had to pass through a health check in Chicago before flying on to JFK.”

Back home, Kadyn continued her studies online and got word on February 24 that she would be going to Viterbo, Italy to take Chinese classes near Florence. But at the same time, coronavirus cases were reported in Italy and the numbers exploded. She remained with her family in quarantine and continued her Mandarin classes online. “My teacher from Beijing taught the course, so it was really fun to reconnect with her.”

“Initially, coming back from China,” Kadyn said. “I kept asking myself if anything positive could come from my evacuation. At the time, everyone in my family kept telling me things happen for a reason, but honestly, I couldn’t see any good coming out of that moment.”

“There was a group chat created for Black students from independent schools across New York City,” Kadyn said. “It started out with over 150 kids. It was meant to be a space where we could create new connections in times of COVID and offer advice, comfort, and community. One day Josie Helm, a Brearley student, typed in the chat, ‘would anyone be interested in coming together to create demands for our schools to push them toward anti-racist reform and the 30 of us that said yes we want to do this, began Black Students Demanding Change with her as the founder.”

“Now looking back, I think I was where I was meant to be. I couldn’t imagine not being a part of this organization’s growth or not having found this community of brilliant Black students coming together to push for change.”

Kadyn said one of the highlights of this summer was writing an action plan for anti-racist reform at Poly in collaboration with the student-led BSDC. She explained, “BSDC is a coalition of schools dedicated to making our schools actively anti-racist communities. As one of the Poly representatives for this organization, I wrote a document that outlines demands and action steps regarding how Poly specifically can become an actively anti-racist and more socially conscious community.”

The Power of Transformation & Actionable Steps

“Being a BSDC representative means that you are the bridge between the student body and the administration,” said Kadyn. “You work to transform the concerns and needs of BIPOC students into actionable steps the administration can take and overall to better the experience of BIPOC at the institution.”

After Dr. Angela Gittens, Poly alumni of color leaders, parent/guardian HUGs Black and Latinx leaders, Middle and Upper Schools parent leader Daria Ilunga P’23, former Director of DEI Motoko Maegawa, and members of the student body saw this action plan, it was sent out to Head of School Audrius Barzdukas P’20, Head of Upper School Sarah Bates, and Assistant Head of School, Academics Michal Hershkovitz P’16, ‘18. “They accepted all of the demands on the proposed action plan,” Kadyn said. “Since then, I, along with my fellow Poly BSDC representatives Makieda Mackienze ’21 and Mariama Diallo ’22, have been meeting with Ms. Hershkovitz, Mr. Del Valle Jr., Mr. Yasharian, Ms. Bates, and Dr. Gittens to discuss a timeline for this action plan and exactly how Poly will make the demands on paper a reality.”

“I think this year is a little too soon to be seeing the change I truly desire in Poly’s curriculum,” Kadyn said, “although they have taken some strides in the right direction. In the near future, I hope that Poly’s curriculum better reflects Poly’s diversity and that of the world. This knowledge will broaden perspectives. In this pursuit, I also hope that more emphasis will be put on examining the presence and impact of white supremacy. Essentially, I want the curriculum to foster a community of actively anti-bias people who encourage the full participation of diverse ethnicities, opinions, and mindsets.” 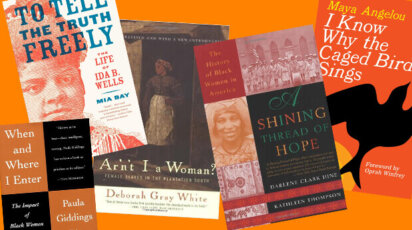 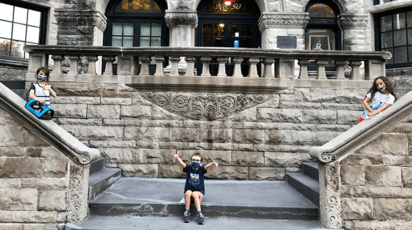 Poly Is Open and Together Again

We’re back! With so much anticipation about what opening day would be like, Poly’s first day of school was a… 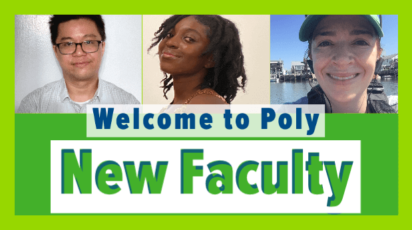 Each Friday we’ve been featuring a new faculty member on Facebook. In case you missed “New Faculty Fridays,” enjoy our…