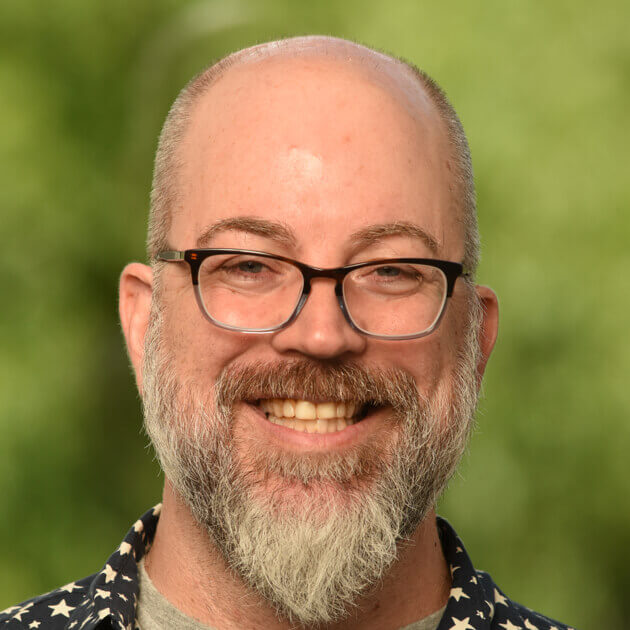 Michael Robinson became Head of Arts in 2018, but his connection to the school runs deeper. He earned a BA at Bennington College and an MFA at Goddard College, and began his teaching career at the Woodward Park School (now Poly’s Lower School) in 1990 as a drama and art teacher. In 1996, he moved to the Dyker Heights campus as a visual and performing arts teacher for Grades 5-8, Performing Arts Camp director for Grades K-6, and costume designer and shop supervisor for Middle and Upper School productions. Designing costumes evolved into a contemporary fiber art practice resulting in Robinson’s artistic recognition as an internationally exhibited fiber artist with his work showcased in in museum and gallery exhibitions in Europe and in the U.S.

Working with arts faculty, Robinson ensures Poly’s vibrant arts departments are elevated. Original works by students adorn the hallways of both campuses. In the theater hallway, photos of students and crew from each production are front and center along with original poster art designed by students. The caliber of drama and musical performances amaze and delight our entire community. He has also expanded Poly’s reach into the professional community through the school’s partnerships with institutions such as The Brooklyn Museum, The Elizabeth Streb studio, and Poly’s artist-in-residence program, among others. These relationships afford Poly students a unique opportunity to see themselves as artists.