“I felt like she chose me,” explained Dr. Dunbar. “It’s her life. I am the vessel.” Dr. Dunbar, a historian of African American women’s history, was our first Poly Context speaker of fall 2020 on Tuesday, October 6. The virtual event featured a brief talk by Dr. Dunbar, and a Q&A with our Grades 7 and 11 students moderated by Maggie Moslander, History Department Chair.

Poly Prep’s Context speaker series seeks to shed light on current issues by looking at them through a historical lens. It is open to everyone in the Poly community.

Dr. Dunbar is the Charles and Mary Beard Professor of History at Rutgers University, the National Director of the Association of Black Women Historians, and the author of several acclaimed books, including Never Caught: The Washingtons’ Relentless Pursuit of Their Runaway Slave, Ona Judge, which was a 2017 National Book Award Finalist and recipient of the 2018 Frederick Douglass Book Award. Our Grades 7 and 11 students read Dr. Dunbar’s Never Caught for their history summer reading assignment.

Moslander welcomed Dr. Dunbar and virtual guests to “the different form of Context than we are used to.”  Dr. Dunbar began her talk by sharing how powerfully the 1977 TV mini series Roots impacted her as a first grader. She described the experience as “revolutionary” in that it opened a window to the lives of enslaved people. “We were grateful to see our history and our ancestors’ history depicted on national television,” she said. This early experience may have inspired her life’s work.

“There’s no way to understand your present or affect your future if you don’t know your past.”

Dr. Dunbar described her patient and careful work as a historian searching through primary sources in the microfilm room of the Historical Society of Pennsylvania. She happened upon a 1796 news story about a runaway slave, Ona Judge, who was being searched for by the Washingtons. Dr. Dunbar’s curiosity about what happened to “this incredibly brave woman,” Ona, led her on a nine-year research journey and the writing of her book Never Caught. In the process, Dr. Dunbar told another part of the story of our nation’s founding and its early years from the perspective of an enslaved person.

Moslander opened up a Q&A session with questions that students had submitted in advance. One student asked Dr. Dunbar what it was about Ona that stood out to her. “The fragments of her story drew me in,” said Dr. Dunbar, like missing pieces of a puzzle. Another asked why it is important to write from the perspective of enslaved people. Dr. Dunbar pointed out that over the past 40 years, there has been increasing interest in the study of Black women’s history. She noted that it is only by reading history from multiple perspectives that we can get a fuller story of our history, a “more complex, diverse picture of our history.”

In answering a question about George Washington and the issue of slavery, Dr. Dunbar noted that Washington had lived in the North for several years and “questioned slavery at the end of his life.” In his will, he granted emancipation to the enslaved people of Mt. Vernon at the time of Martha Washington’s death. Dr. Dunbar considered what might have happened “if he had spoken up” against slavery in 1793.

“If Ona could do that, what am I scared of?”

A member of the affinity group Lemonade asked Dr. Dunbar what her challenges were as a Black woman growing up and being educated in predominantly white spaces and institutions. Dr. Dunbar, who attended a Quaker school, said she was made to feel, “My voice mattered. I had the light in me just like everyone around me.” When she did feel challenged later in her academic career, she said, she thought of what Ona Judge had endured. “If Ona could do that, what am I scared of?” she said.

Afterward, Gabrielle Perry ’22 of Lemonade said, “Being a young woman of color, and more specifically a young Black woman, it was so significant to simply witness Dr. Dunbar not only exist, but also do so successfully in her line of work. In a white male-dominated space, where white male voices are consistently spoken for and prioritized,  a Black woman completely upturned the narrative, placing Black women at the center. She added, “As a co-leader of Poly’s black female-identifying affinity group Lemonade, and from my own experience as a Black girl, it is so easy to lower yourself and your blackness out of fear of being “that Black girl,” but Dr. Dunbar advised us to use this as a source of confidence rather than shame, that we claim this narrative as a source of pride, which prevents it from being used against us. That moment will for sure linger in my mind for some time.”

In closing, Dr. Dunbar shared, “There’s no way to understand your present or affect your future if you don’t know your past.” 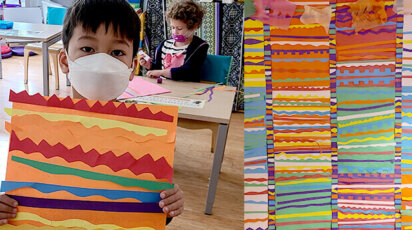 In October, each grade in Lower School has been studying a different Latin country as part of the celebration of… 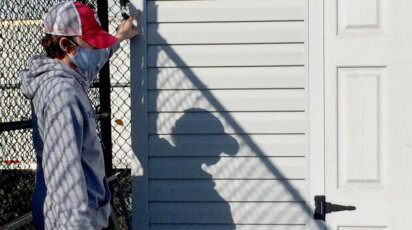 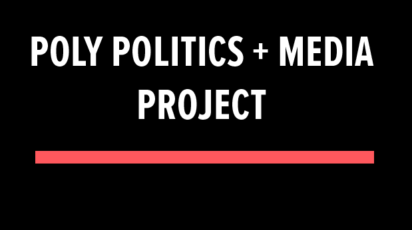 As we get closer to November 3, Poly’s students aren’t just learning civics, they are living it. Upper School students…