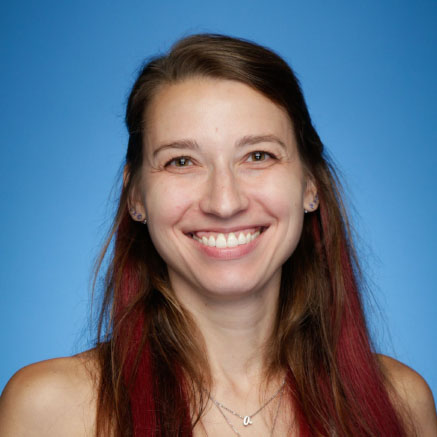 “I believe there is nothing more precious than an education that provides students with opportunities to learn intellectually, socially, emotionally, and morally through an equal balance of academia, arts, and athletics.”

Ashley Hacker has been teaching in Poly’s Dance Studio since 2012. Hailing from upstate New York, Ashley earned a B.F.A. in Dance and a Bachelor’s in Psychology with a minor in music from SUNY Brockport and a Master’s in Dance Education from New York University, Steinhardt. Ashley began her tenure at Poly as a Middle School dance teacher and Middle School musical choreographer, as well as After School Programming Director for Young and Tower Dancers and the Middle School Dance Team. She expanded her role to Middle School Dean in the 2016 and 2017 school years. In 2021, she took on the role of Middle and Upper School Dance, Debate, & Drama Coordinator, as well as continuing as Performing Arts Faculty, Dance.

Ashley began her dance training at age 2 1/2 and has performed nationally and internationally as far as Uganda, Africa. She continues to perform in New York City with DanceKerr & Dancers in venues such as the Ailey Extension Theatre and the 92Y. “My hope in dedicating my life to education is to pay it forward,” she says. “If I can impact the lives of my students even a fraction of the amount my teachers impacted mine, I will consider myself successful; I will have lived a life worth living.”