Throughout Nursery to Grade 4, drama is incorporated into a variety of classroom projects that culminate in performances for family and friends.

In the Middle and Upper Schools, dramatic arts courses focus on creativity, collaboration, communication, and risk-taking. Students exhibit their skills in class with exercises such as original non-verbal group scenes. As they advance, exploring improvisation, scene development, and performance, grade- and school-wide level projects and plays provide a stage for our young actors to shine. 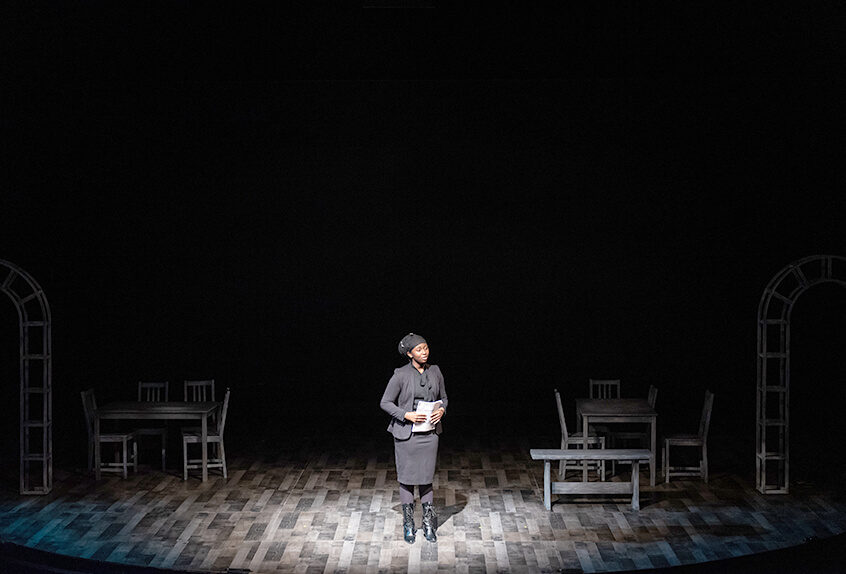 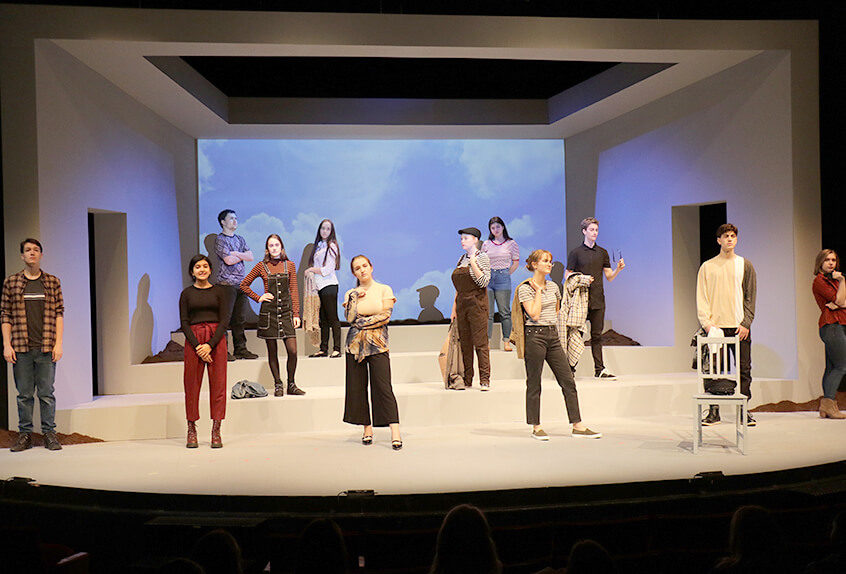 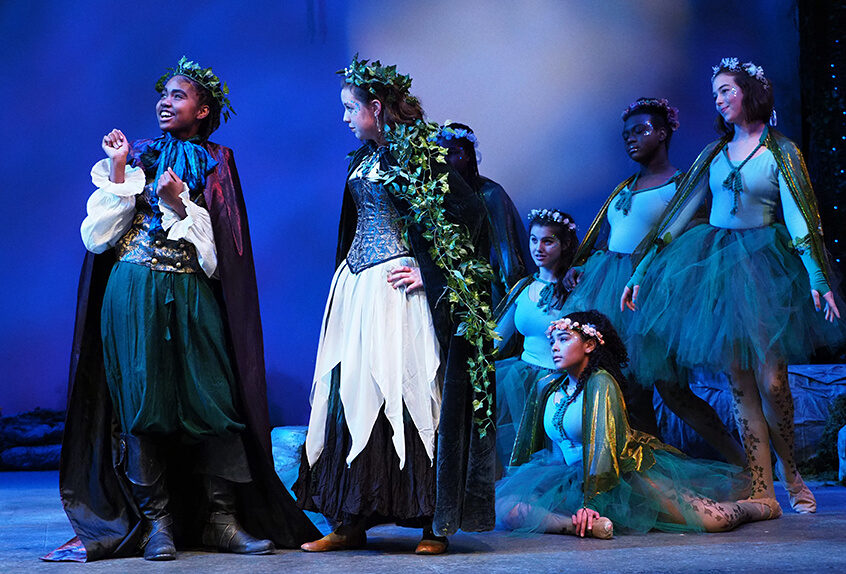 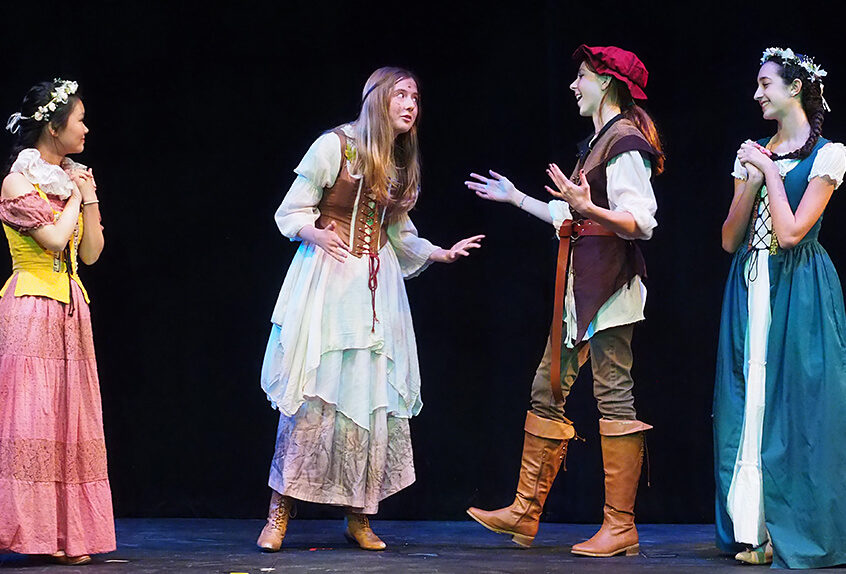 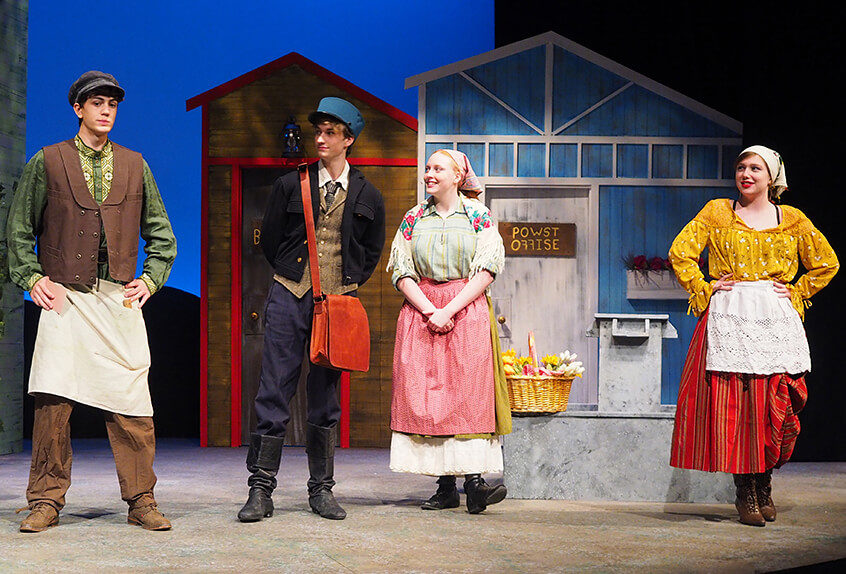 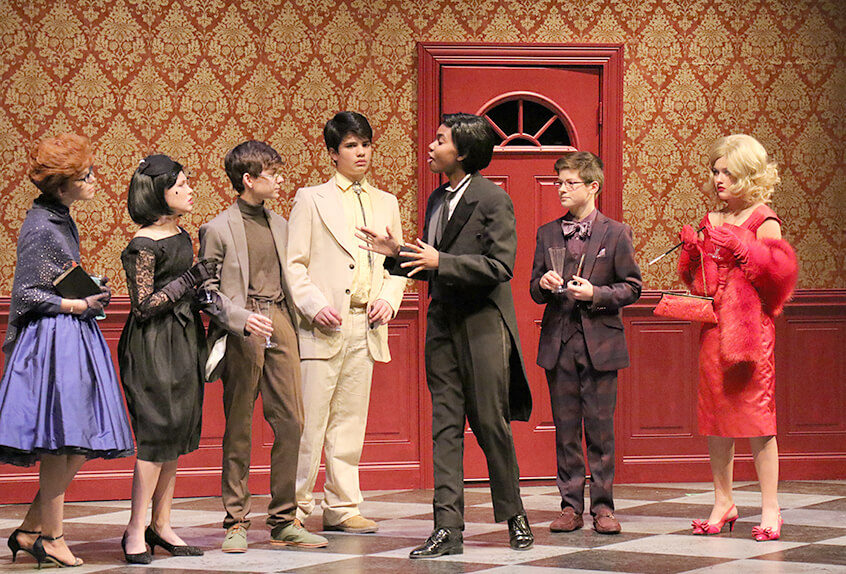 Lower School students often get their first taste of musical theater instruction as an after-school activity or in Poly’s summer performing arts camp.

At the Dyker Heights campus, our stage burns bright each winter and spring with two outstanding musical productions. From auditions straight through to opening night, the directors of the Middle and Upper School musicals work with students to perfect just the right piece of business or meaning to a song.

Audience members feel like they’re seeing a Broadway production, as anyone who has seen a Poly musical from A Chorus Line to Into the Woods can attest. Students from recent productions have been invited to compete in the prestigious Roger Rees Excellence in Musical Theater Awards. Other vocalists have participated in the annual New York State School Music Association (NYSSMA) Solo competitions. 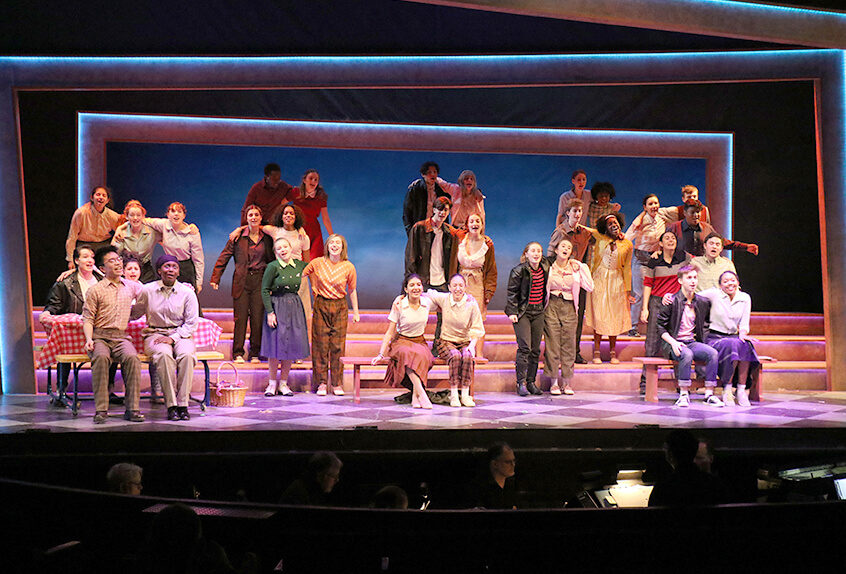 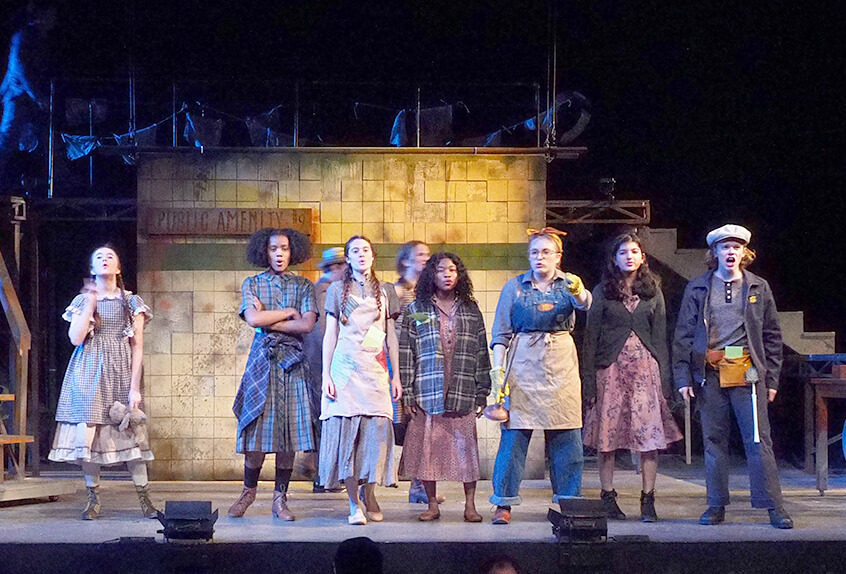 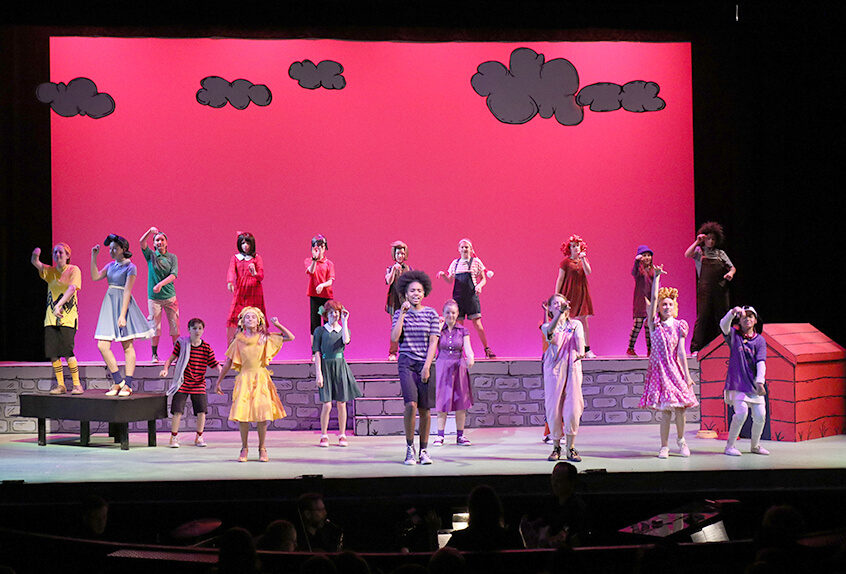 By the time students who have worked backstage at the Richard Perry Theatre graduate from Poly, they have a variety of unexpected skills. These include knowing how to sew a costume for Les Miserables, build a set to be used in The Two Gentlemen of Verona, or how to give cues to actors for a performance of In the Heights. 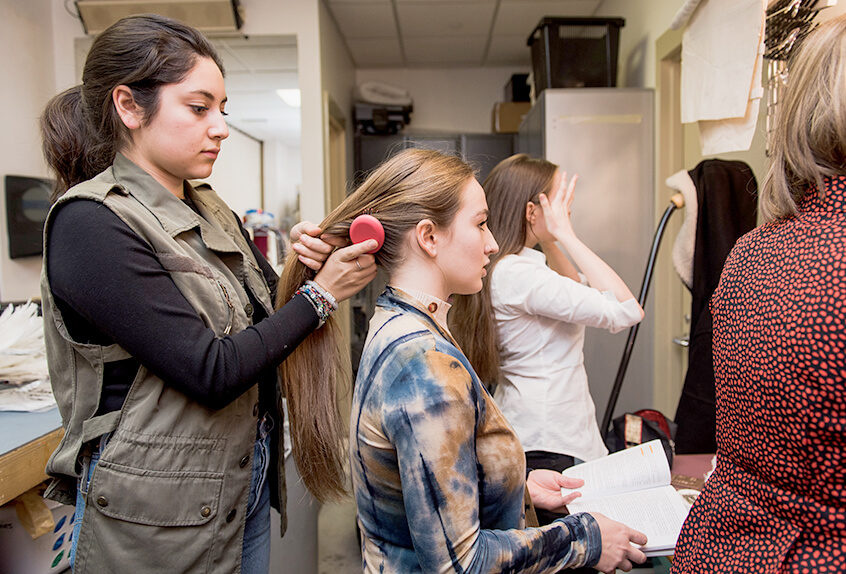 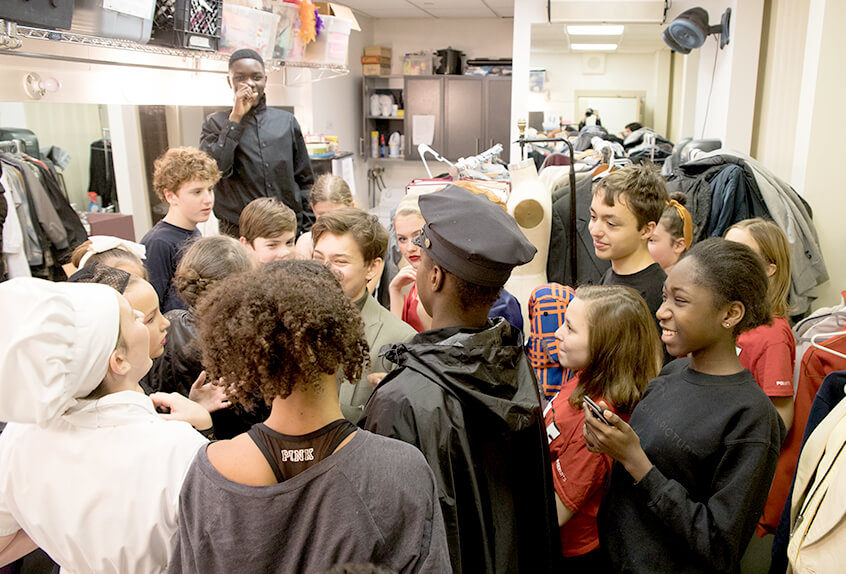 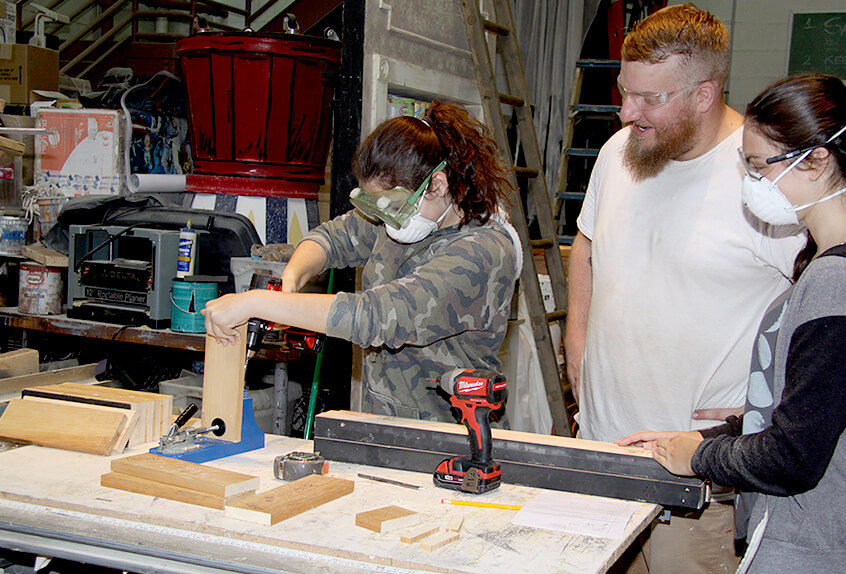 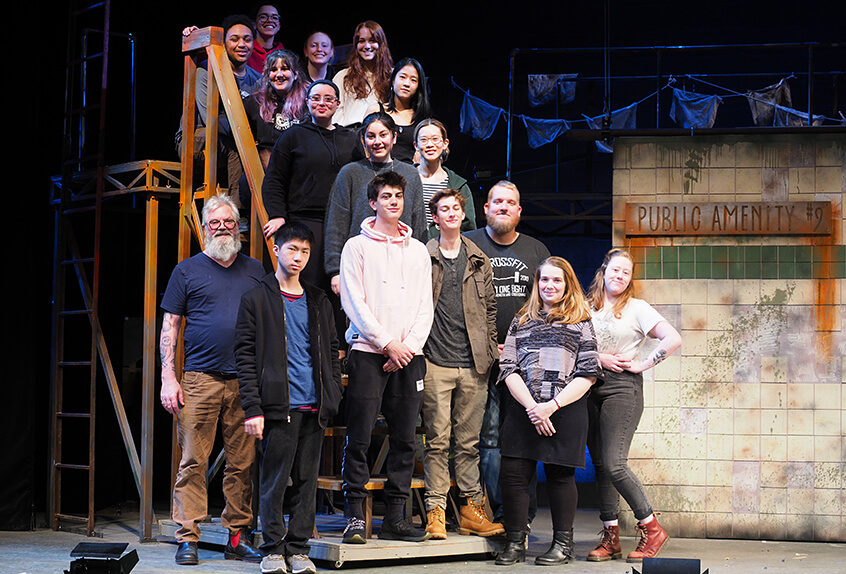 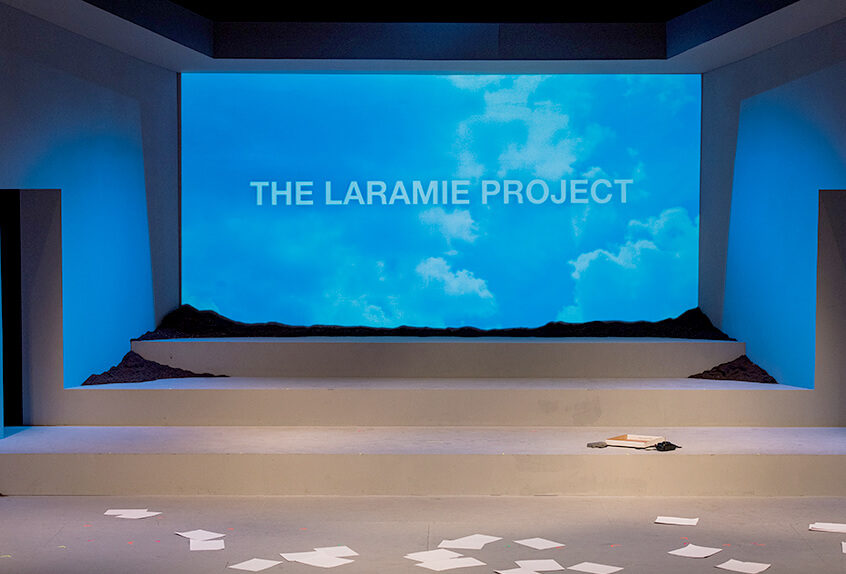 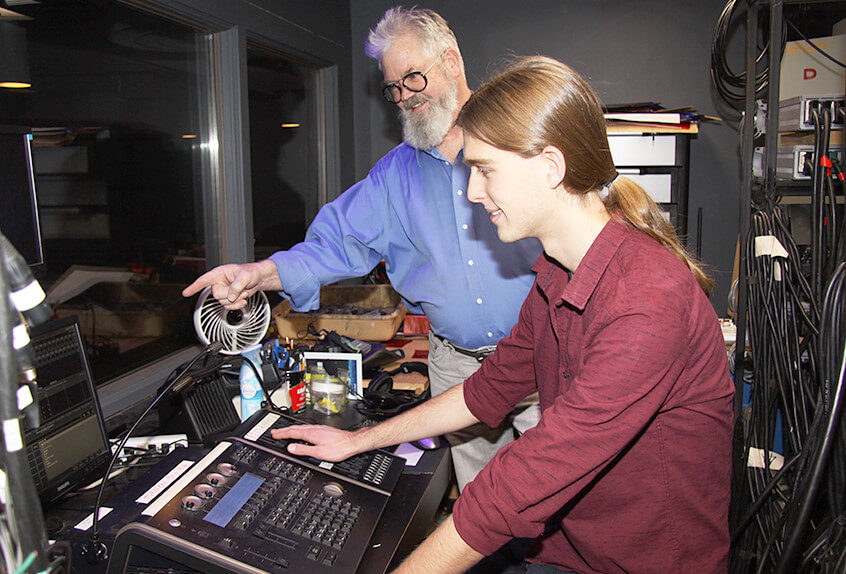