To compete at the highest levels requires dedication, passion, and encouragement. 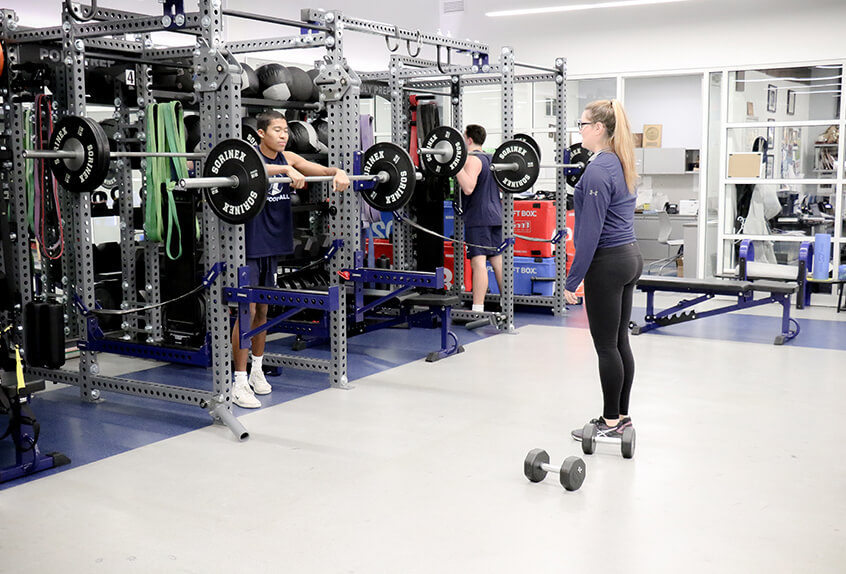 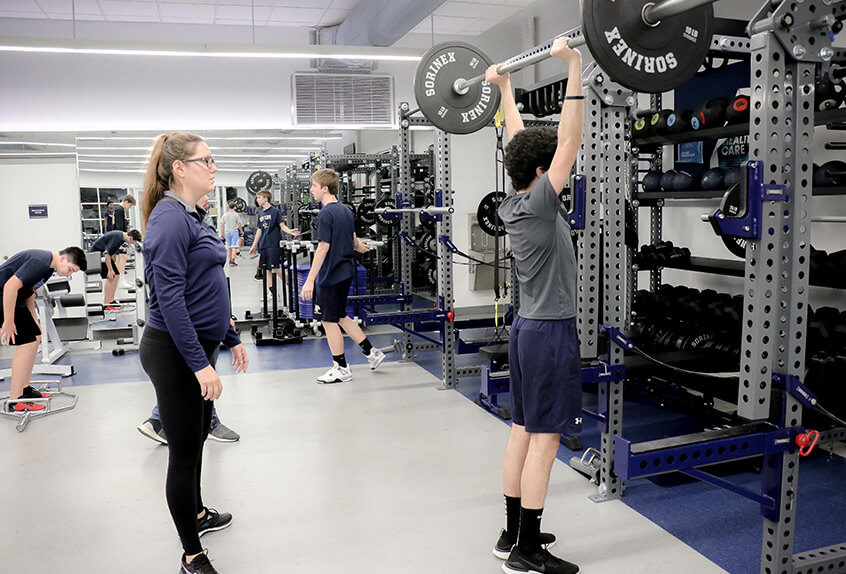 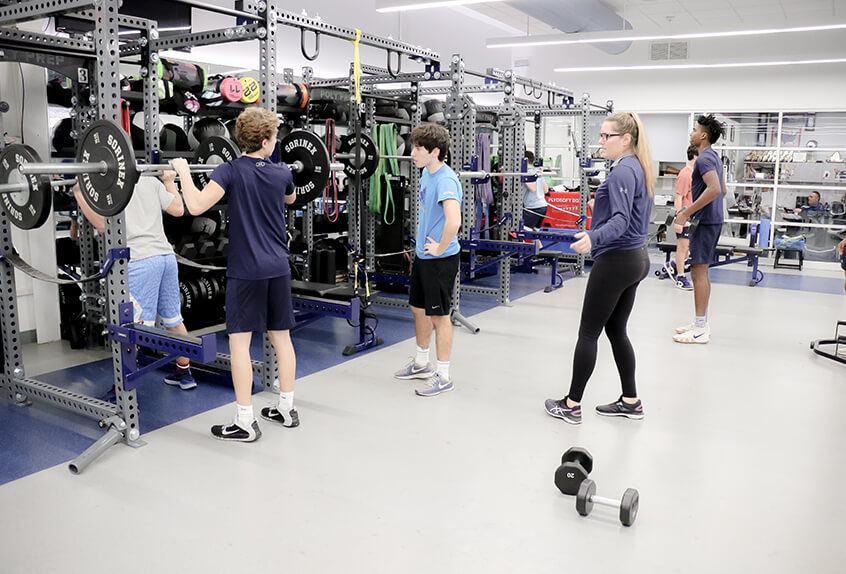 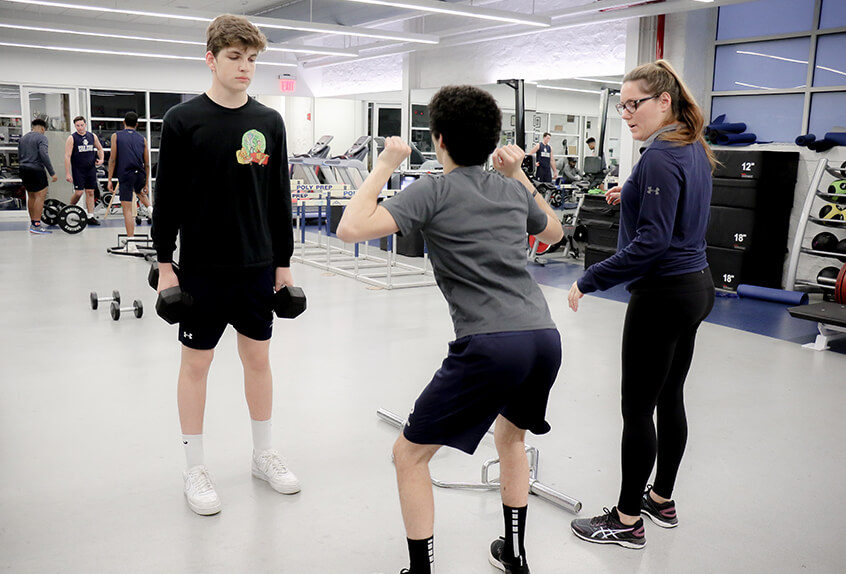 Poly Prep student-athletes are supported in reaching their full potential by using the most effective methods of strength and conditioning training. Poly’s High Performance staff works closely with student-athletes to prevent injury, rehab safely, and enter competition in their best shape.

Students have the opportunity to train both indoors and outdoors on Poly’s beautiful 25-acre campus. They are free to explore their limits in a safe, supervised, and judgment-free environment where our highly experienced staff brings more than 25-years of experience from the Olympic level and Division I college level, both as athletes and coaches.

Few coaches at any school possess the athletic credentials of the Jamaican-born Richard James. An All-American runner at Southwestern Christian College and LIU Brooklyn, he competed with Jamaica’s 2004 Olympic 4×400 relay team and won the world indoor championship in the mile relay that year. After earning his master’s in exercise physiology from LIU Brooklyn in 2007, he became the school’s sports performance director and adjunct sports science professor. Since joining Poly in 2018, James has teamed with Assistant Director of Sports Performance Jillian Wojcik to develop what he describes as a “college model” program for its student-athletes, and alternately serves as the sprint coach for the track team. For a man who’s reached the pinnacle of human speed, his instruction centers on principles of motion. “Movement is life,” he says. “As we move with more power, we improve our quality of life.“

Jillian Wojcik studied kinesiology at University of Nevada, Las Vegas (UNLV) as an undergrad, a choice that put her on the path to earning a master’s in exercise science from Long Island University, Brooklyn. Following internships at the University of Central Florida, Princeton, and Monmouth University, Wojcik joined Poly in 2018 just after the arrival of fellow sports performance coach Richard James, the two forming a dynamic team that elevates the training of our student-athletes. Along with training Poly’s teams, Wojcik developed a strength and conditioning physical education curriculum for the school’s fifth and sixth graders, focusing on movement-based activities to educate students and teach them that fitness is fun and rewarding. She models what she teaches, as she is often found lifting at Poly. Wojcik was a competitive dancer for many years, which adds even more layers to her strength and conditioning programs for our students.