Few sports can match the intensity, physical prowess, and concentration demanded by wrestling. Poly’s Head Coach Konstantin Avdeev is a multi-time medalist with the Soviet Union National team and shares his expertise with Poly wrestlers. From the home base of the Novogratz Center for Athletics, Avdeev runs a program that stresses the importance of fundamentals, nutrition, and sportsmanship, his lessons carrying into the students’ homes and classrooms. And it’s hard to argue with the results on the mat, as the two-time New York State Private School Coach of the Year has developed more than 30 All-Americans at Poly, with the 2017 NYSAIS championship and the 2020 Ivy Prep League title highlighting the team’s successes in recent years, as well as multiple NYC Mayor’s Cup private school championships. Numerous Poly Prep wrestlers have gone on to compete at the NCAA level including at Stanford, NYU, Columbia, Princeton, The Naval Academy, the University of North Carolina, Gettysburg, and Wesleyan.

Can’t make it to the match? Families and friends can stream Blue Devil basketball action via Locallive.tv and On-Demand video. 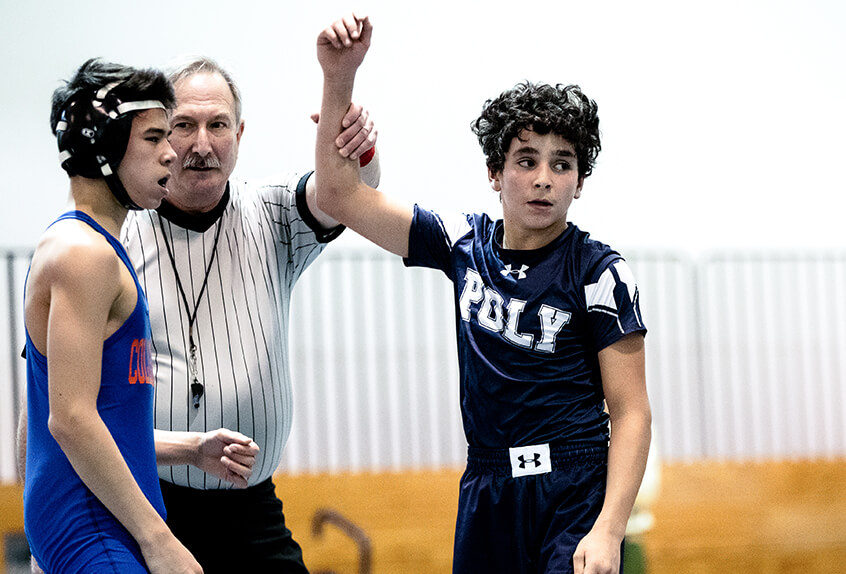 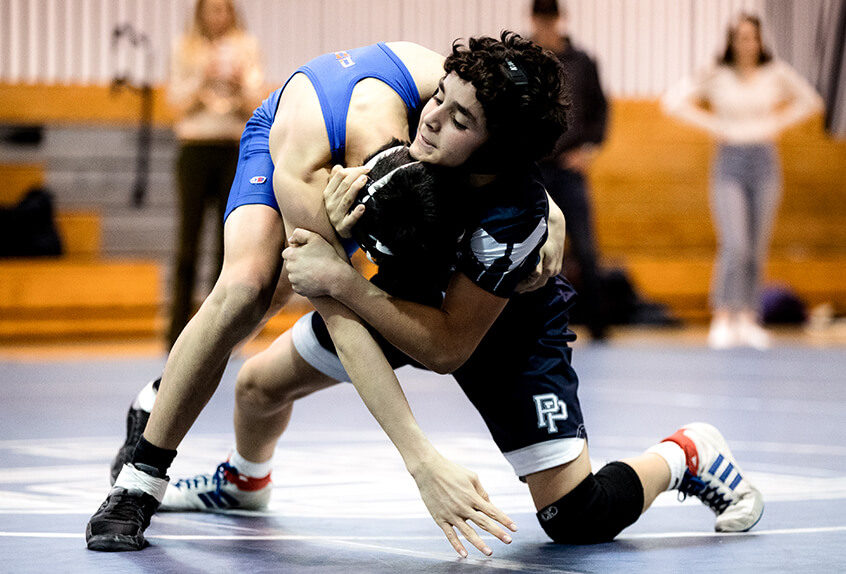 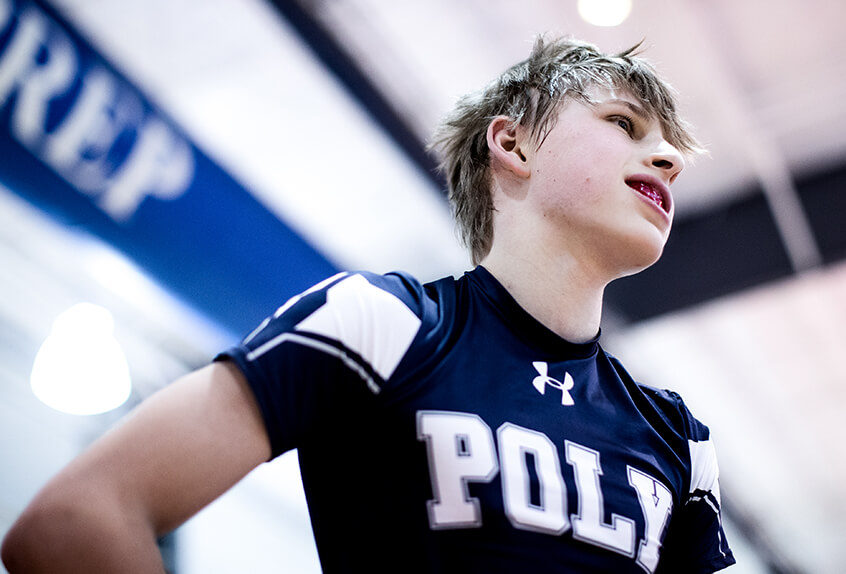 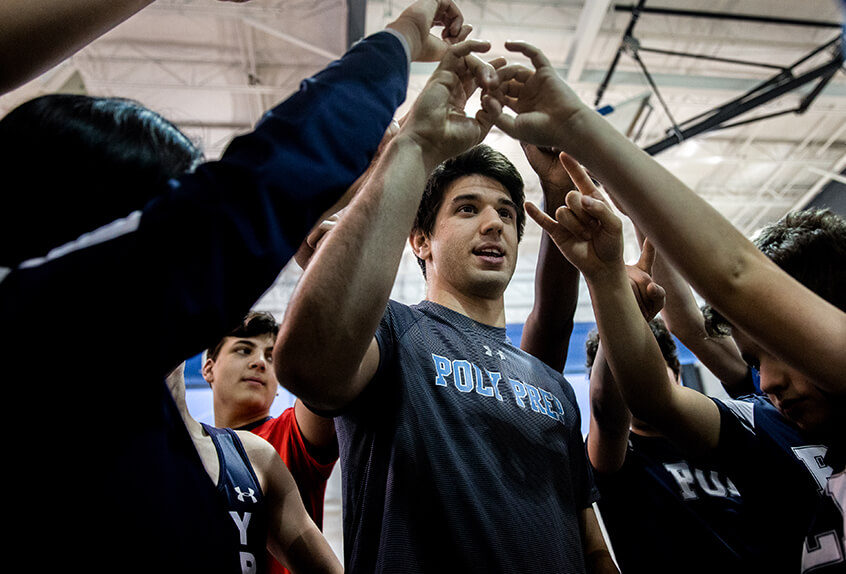 Konstantin Avdeev was born in the central Russian city of Krasnoyarsk, he began frequenting his local wrestling club at age 10, and was named to the Soviet Union National team in 1984. His competitions have taken him around the world, Avdeev won tournaments in China, Mongolia, and Moldova, along the way claiming the best technician award at the 1989 USSR Cup. Shortly after moving to the United States, Avdeev brought his experience to Poly as an assistant wrestling coach in 1993, eventually becoming head coach in 1999.  Avdeev remains confident in his ability to maintain an elite program: “We’ll find talent and we’ll make them better,” he says. He has guided more than 30 Prep School All Americans and twice earned New York State Private School Coach of the Year honors.

Wrestling action takes place in the state-of-the-art Novogratz Center for Athletics, which features an enhanced sound and lighting system with a spotlight over the main wrestling area. 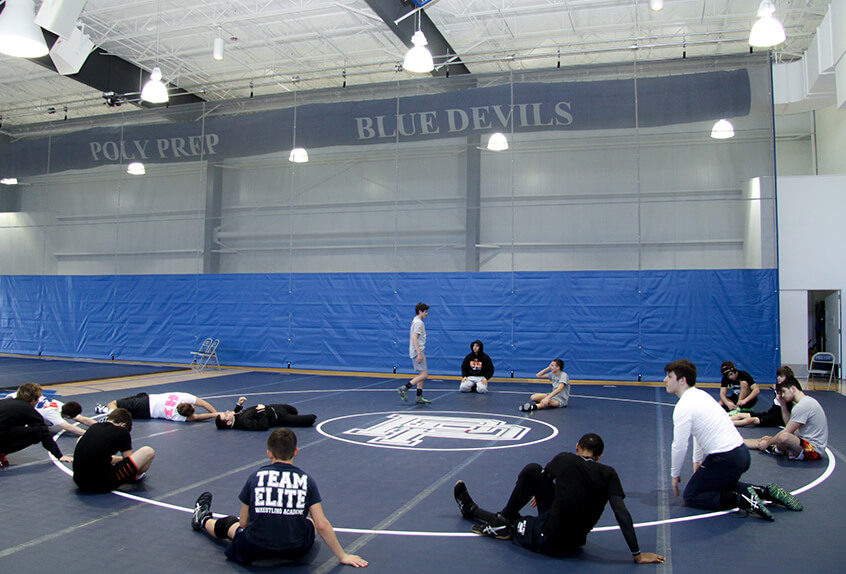 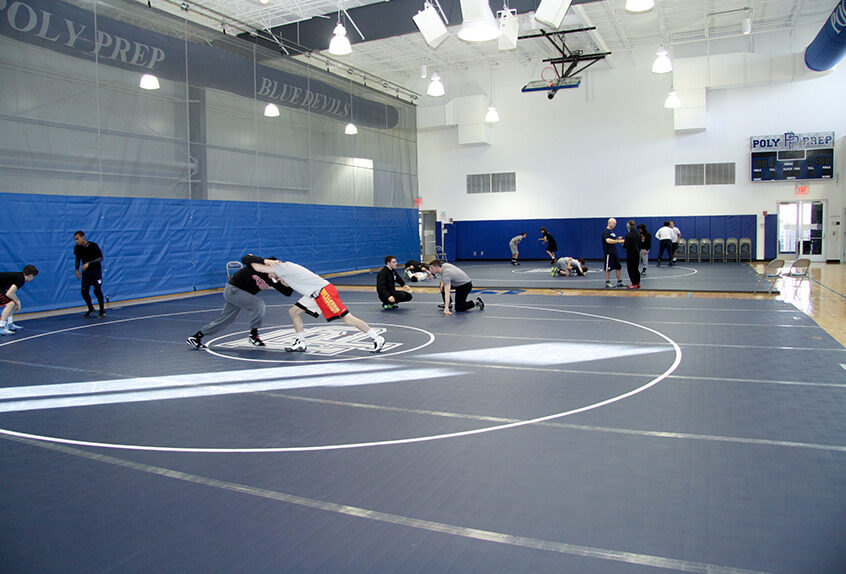 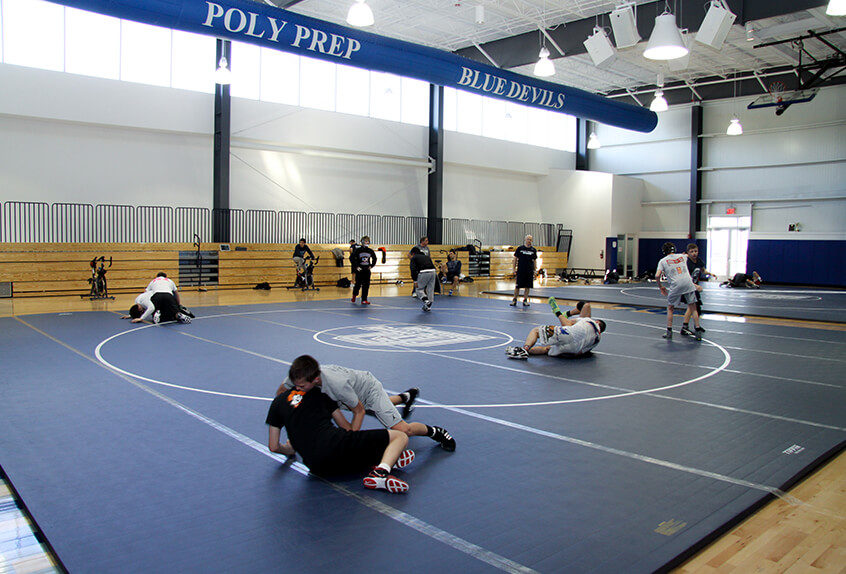 Henry has been part of Poly's dominating wrestling team since 9th grade. He's an Ivy Prep League champion, a NYSAIS champion, and took home the NYC Mayor’s Cup in the 2019-2020 season for "Most Outstanding Wrestler."

Anisha broke the gender barrier on Poly's wrestling team in the 2018-2019 season. “The team is welcoming, fun, and wrestling has taught me many things: hard work, dedication, and resilience. Having a positive outlook can drastically change what kind of a fight you put up on the mat and this lesson can be transferred off the mat too.”