Service Learning Guest Speaker Inspires Students to Give Back

This is the season when people often look for ways they can give back. Guest speaker Asmeret Berhe-Lumax, founder of the One Love Community Fridge, offered Upper School students a way to do just that.

During an assembly, Berhe-Lumax explained that she had seen the critical need for fresh, healthy foods to be offered at local food pantries. Secondly, she saw the need for respect for the people who use these services. “Never donate something you would not eat yourself,” she told the students. The suggestion on the Community Fridge, which sat on the stage next to Berhe-Lumax was, “Take what you need. Leave what you can.”

Some Poly students, teachers, and families have already volunteered at the One Love Community Fridge that Berhe-Lumax founded in Ft. Greene and plan to continue in the new year.

Berhe-Lumax was accompanied by several One Love Fridge program volunteers. One echoed Berhe-Lumax that she had not seen fresh fruit and vegetables at food pantries where she volunteered. So, she started her service with One Love by stocking the Community Fridges with fresh food. In the process of giving, she said, she came to feel “how we are all connected as humans.”

A filmmaker, who volunteers with One Love, reported that local food businesses along Atlantic Avenue and in other parts of Brooklyn donate on a daily basis. She saw this as “a beautiful bond of community.” Another volunteer, who works at Google and helped design Google Classroom, said she “always wanted to give back.” As a volunteer, she fills fridges in Gowanus and South Park Slope with kale and other vegetables. In doing so, she has gotten to speak with and know the people who use the fridges. She said volunteering has been “a huge heart opener for me.”

Tamara Warren P’27, a Poly parent who connected Poly with the One Love Community Fridge program, said that volunteers can “pop in” to bring something to the fridge. There is no set amount of time required to volunteer.

In conclusion, Berhe-Lumax said, “Nothing is too small” to donate to the One Love Community Fridge. She reiterated the importance of respect, “the same as at your own home.” Even 15 minutes, once a month helps, she said.

The Poly community is invited to volunteer during Service Saturdays at One Love Community Fridge on January 8 and again on February 5, March 5, April 9, and May 14.

At the assembly, Elijah Sivin, Director of Service Learning, introduced the Fall Service Learning Teams, who reported on their projects in the areas of Global Studies Team—including hopes to hold a Cambodia Day and reconnect with the Mitapeap School, our sister school there; Sustainability Team, who grew spinach, kale, radishes, and lettuce in the greenhouse that they hope to donate to a food pantry; Environmental Justice Team, who hope to work with younger Poly students; and the Extreme Weather Team, who plan to compile a collection of personal stories about extreme weather experiences.

In other service projects in December, members of Poly’s Special Olympics Club will take part in the Polar Plunge on Staten Island on December 6 and, as part of our Blue vs Gray competition, Poly will hold a Spirit Cup Winter Clothing Drive through December 16. The Student Service Board will once again partner with Harvey Milk High School in hopes of supporting LGBTQ+ teens this winter. Warm clothing can be dropped off in bins in the Lower School vestibule and on the Dyker Heights campus in the main entrance and in the Tower entrance.

Read more about Poly students who volunteered at One Love Community Fridge. 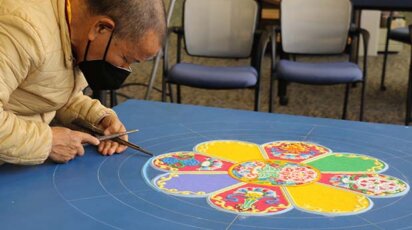 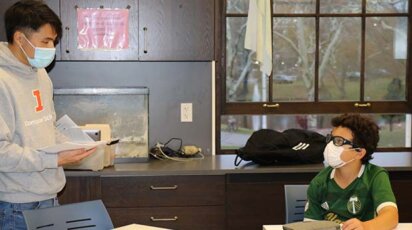 Poly PM Is a Hit 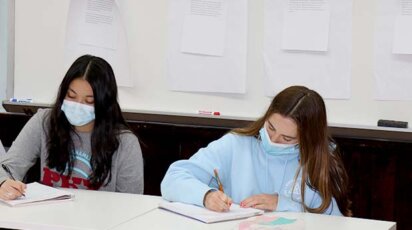