Head Coach Ben Diaz launched the program in 2018, immediately leading the team to compete for NYSAIS championships. As the Director of Poly Volleyball, Diaz has already achieved tremendous success with the Poly Girls’ Volleyball program, and has the boys headed in the right direction with a combined 14-4 record over two seasons, the latter culminating in a loss to Fieldston in the NYSAIS championship match. In 2022, Alex Moule picked up the reins. Stressing a team-first mentality, Moule ensures his players are well-versed in fundamentals before assigning them to their ideal positions. With his high standards for hard work, accountability, and sportsmanship, it’s only a matter of time before the Poly boys rise  to become one of the premier prep programs in the city.

Can’t make it to the match? Families and friends can stream Blue Devil volleyball action via Locallive.tv and On-Demand video. 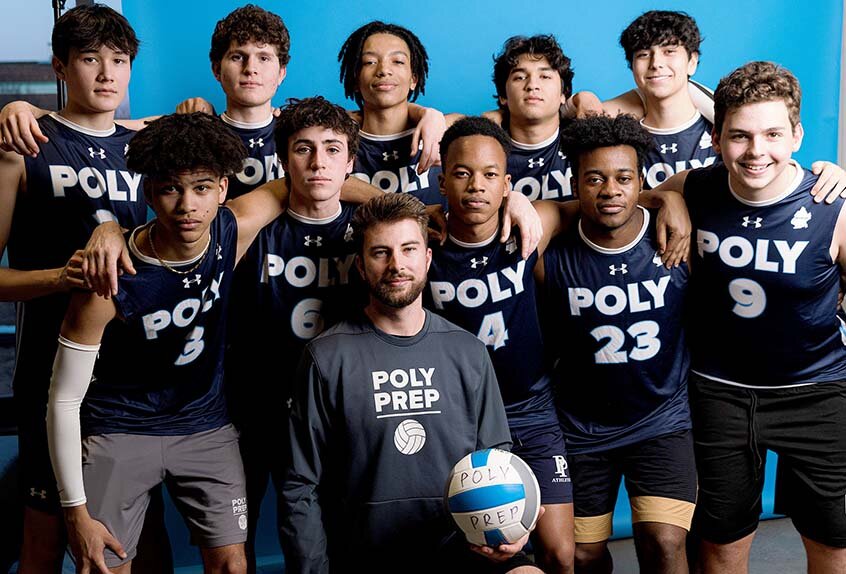 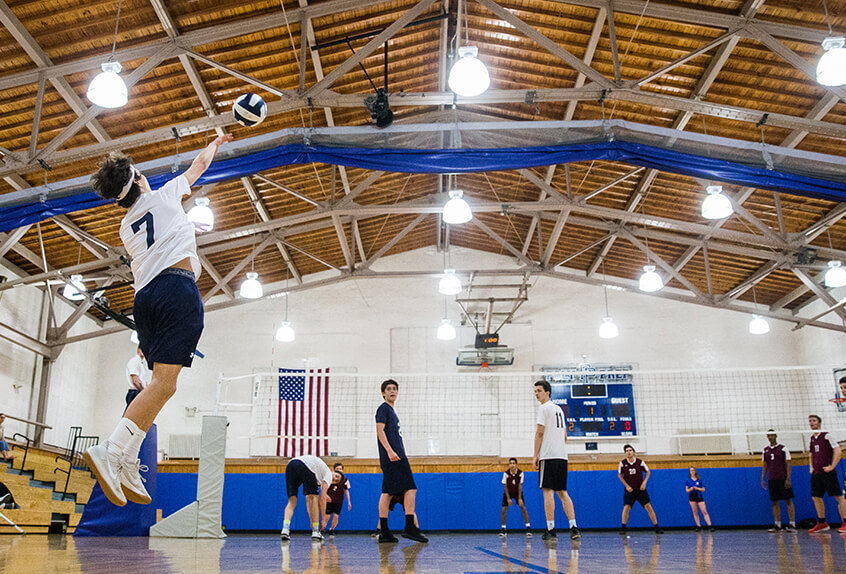 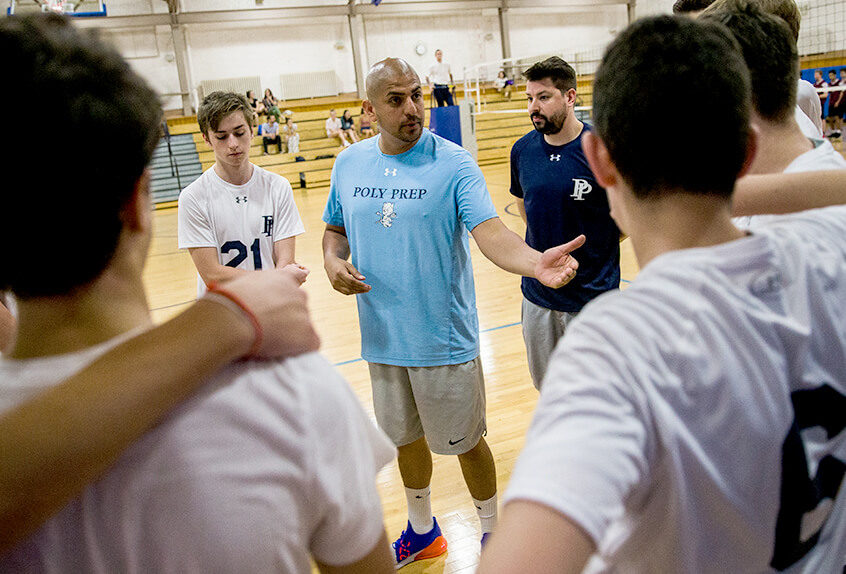 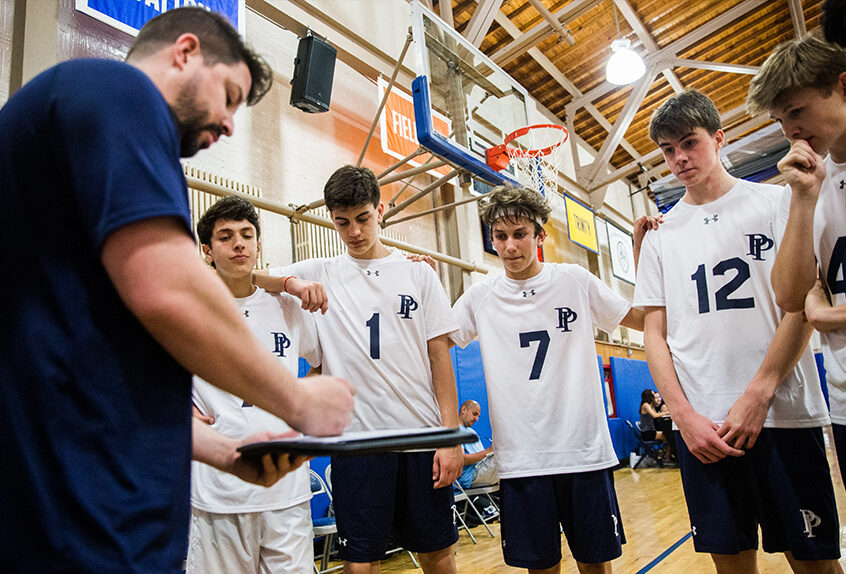 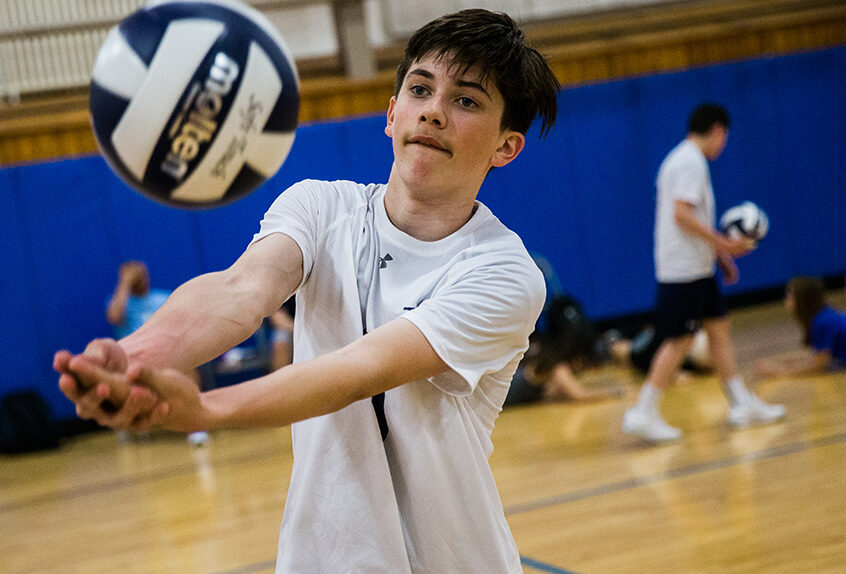 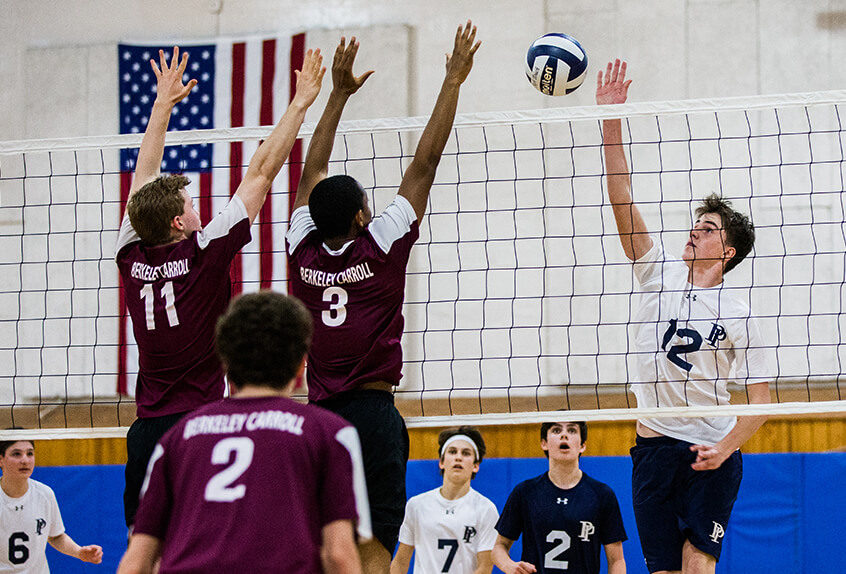 In 2022, Alex Moule became head coach of Poly’s Boys’ Volleyball team. Moule joined Poly in 2019 as an assistant coach of the boys’ volleyball team and was a member of the Admissions team. Born in Rockaway Beach, Alex was a four-sport athlete in high school and helped start the Saint Edmund Prep boys’ volleyball program. He earned a B.A in Sociology from Lasell University. During his time at Lasell, Alex played Division III volleyball and was part of the program’s first-ever conference championship, NCAA tournament bid, and was named to the Great Northeast Athletic Conference “All Tournament” team. Off the court at Lasell, he was an activist. He became a certified Child Assault Prevention Specialist and organized a social justice campaign called Lasell talks Mass incarceration. He made trips to the Massachusetts State House lobbying for systemic change within the criminal justice system and was honored by Lasell with the “Diversity and Inclusion” award. Alex was a finalist in the “Test Your Big Grant Idea” competition and used the prize money to fund his startup coffee shop, Wise Clock Cafe, at Jacob Riis Park, which he still owns. He founded Riis Park Volleyball Academy in 2018, which offers tournaments and clinics, for adults and children during the summertime. One of Alex’s biggest passions about working at Poly Prep, is how the school offers amazing insight and opportunity to all of its students.

Poly Prep Boys’ Volleyball trains and competes in the Novogratz Center for Athletics. 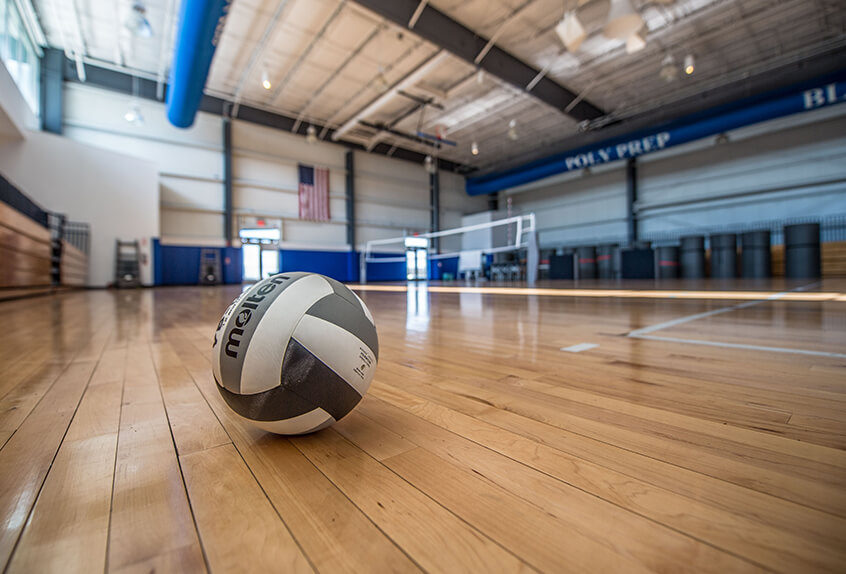 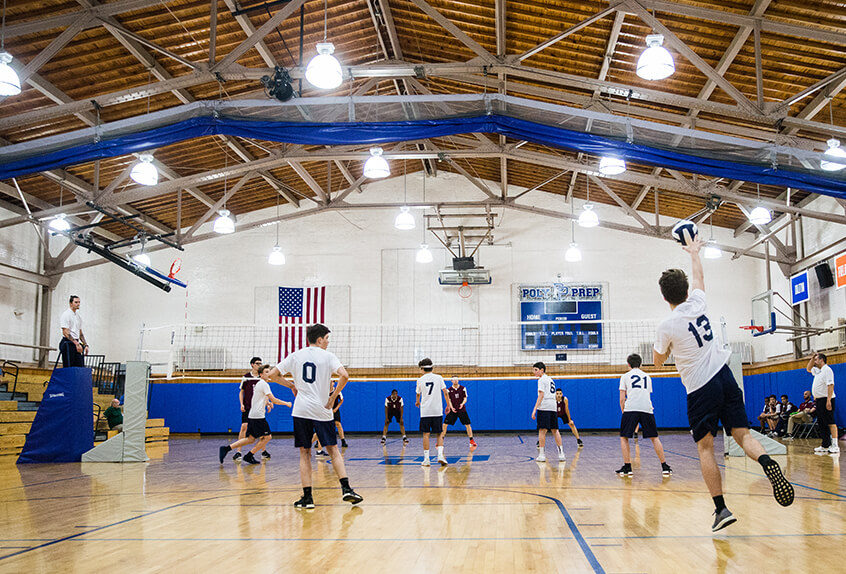 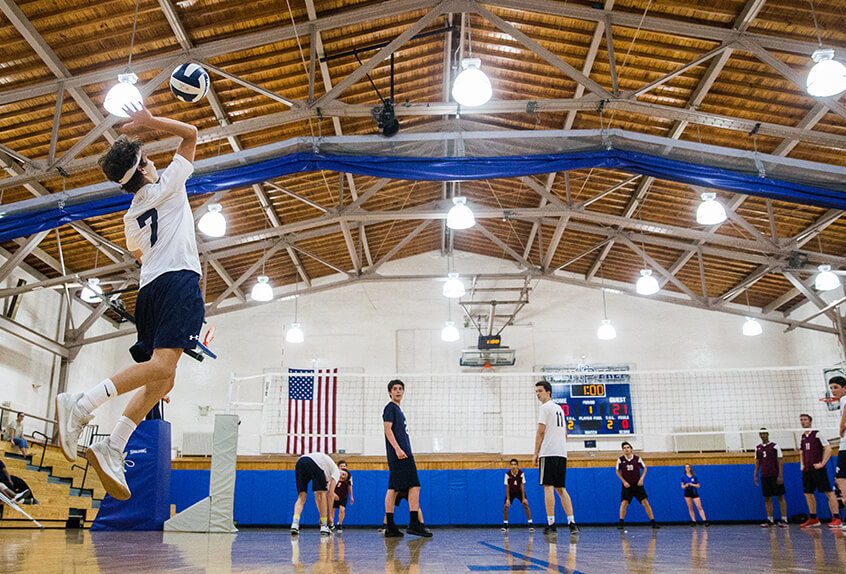 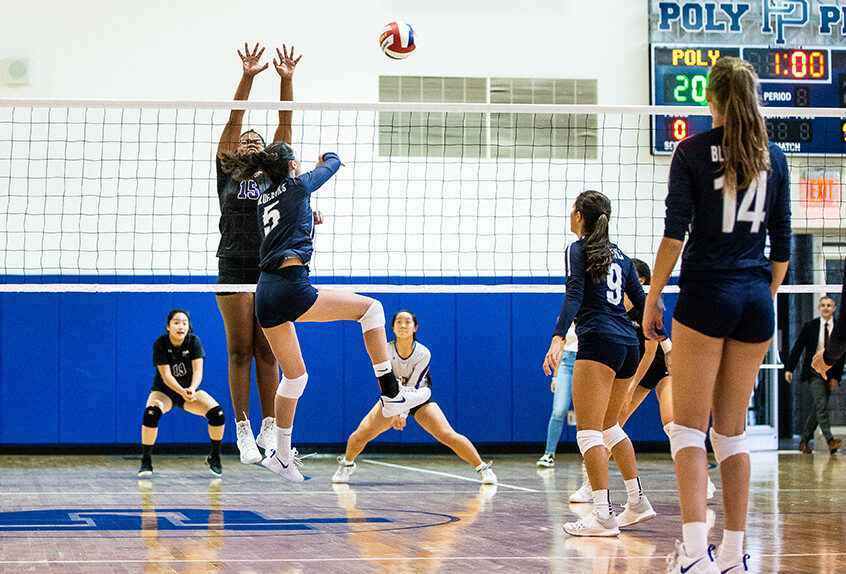 A national club level player, Rimas brought his experience, skills, work ethic and dedication to the program. His leadership and court vision helped propel Poly to compete for NYSAIS championships during the program's first two seasons.

Harry's athleticism in soccer has transferred onto the volleyball court. His jumping and hitting abilities quickly developed to make him an asset to the team on defense and offense.