Poly’s Girls’ Varsity Lacrosse team had the unique opportunity to train virtually with the World Cup-bound Spanish Women’s National Lacrosse team during the pandemic. What both teams have in common is a very dedicated Coach Lisa Beltramello.

Beltramello previously coached lacrosse at a boarding school in England, while playing in the UK’s Super League, where the best women lacrosse players in the UK compete. “Through work and playing,” Beltramello said, “I was fortunate enough to meet and become friends with many members of the English national team.” One friend, who was coaching for the Spanish team, invited Beltramello to join her as an assistant coach. She started working with the team in December 2018 and was soon promoted to co-head coach.

Beltramello, who has coached at Poly since 2018, became adept at balancing her international coaching schedule. “I am lucky enough to work at a school like Poly,” she said, “where we have an Athletic Department and administration that is very understanding and supportive of all my coaching roles.” In normal times, Beltramello trains once a month in Madrid with players flying or driving in from all over the world. “For those training sessions, I fly out of New York on a Thursday night, land in Madrid on Friday morning, have coaches’ meetings Friday night, train all day Saturday, train in the morning on Sunday, then I fly back to New York on Sunday night. I am back at Poly teaching on Monday morning.”

When the COVID pandemic got increasingly virulent in Spain and New York City, Beltramello decided to have her two teams train together virtually. “Once a week, we all did a workout, myself included,” she said. “It was a great chance for both groups to get some fitness in, connect with other people playing the sport, and talk about some of the difficulties both countries were going through.”

Her Poly players saw their coach in a new light. “I learned that ‘Coach Mello’ is great at empowering her team,” said Kaia Scott ’24. “She motivated us to lead our own workouts, and really understood what our lives were like during virtual school, and helped us channel that into staying fit. She’s so committed. I still can’t believe that she used to go to Spain once a month, and train the team for three days.”

“At the beginning of every workout we did together,” said Scott, “we had a couple of minutes to catch up with everybody, and it was super fun to know what they were up to in Spain, and to learn how they were affected by the pandemic.”

“Seeing them [the Spanish team] train proved that female athletes work really hard all around the world, no matter the circumstances!”

“The Spanish team was very consistent in their efforts,” added Scott, “and seemed very hardworking. Seeing them train proved that female athletes work really hard all around the world, no matter the circumstances!”

Beltramello is training the Spanish Women’s National Team for the 2021 World Cup, which will be held in Towson, MD. “We have been doing a lot of film sessions, team workouts, and having team meetings to go through things,” she said. “The nice thing is we can still have them working on fitness and getting their skill level up. We’ve added the film sessions to really break down the game and teach them different strategies and tactics—something we don’t have a lot of time in our short weekend training sessions we normally have. So it’s been difficult, but the team has been awesome at coming together and staying motivated during a time of so much uncertainty.”

When asked if she hoped her Poly team will get to attend the 2021 World Cup, Beltramello said, “I would love nothing more for the Poly players to meet the players they spoke to and worked out with virtually. The best of the best qualify for this tournament and it’s a chance for the Poly players to see the highest level of play for our sport. While I obviously expect them to show USA their support, I hope that the Poly players will show Spain some love as we take the field.”

“To get to the World Cup,” said Scott, “It would take a lot of hard work, strength, resilience, and teamwork. I would love to cheer them on at the 2021 World Cup!” 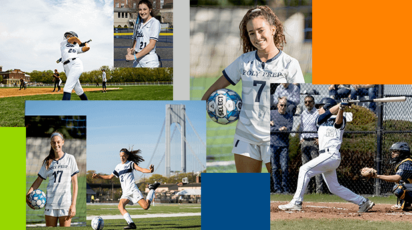 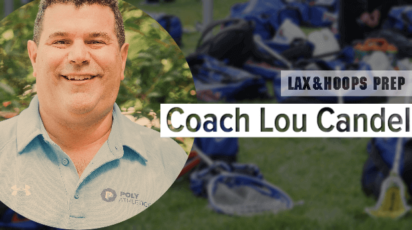