Dear College Freshmen,Just one year ago, as I was about to begin my first year of college at the University of Michigan, I found myself facing a sense of unease I had not previously encountered. Before I feared getting lost on my way to class, or drafting a 20-page paper that counted for 40% of my final grade, or approaching a professor in office hours for the first time, I feared loneliness. Like most people, I believed I was fairly familiar with such a natural emotion. I was not afraid of the awkward, slightly uncomfortable feeling you get when you find yourself with no plans on a Friday night or when your parents leave you alone in the house for a few hours while they run errands. This feeling, I soon realized, was more boredom than it was true, deep-seated loneliness.

I recall the dread that came with standing in a group of newly minted college students, tapping my feet nervously and realizing that none of the strangers around me knew the type of jokes that make me laugh, the awkward things I did in freshman year of high school, or the insecurities I had learned how to mask. In that moment, having to explain myself all over again felt so intensely overwhelming because it seemed to bring with it the promise of a drawn-out, time-consuming loneliness. I had built a life at home and at Poly that I knew from top to bottom, side to side, and back to front. This life had taken 18 years to construct, and I knew the exact model of every part, and the phone numbers of those to call if one piece suddenly malfunctioned. Everything more or less worked in sync and on schedule.

Yet, as college classes began, and friendships slowly formed, and the infamous Michigan winter arrived sooner than expected, I was surprised to learn that it does not take a lifetime to feel as though you’ve built a new life. I found myself opening up to those around me because I realized the process of explaining myself was not a chore but an exhilarating exchange of experiences. I began to understand that lifelong friendships like those I had at home were not only meaningful because of their duration, but also because of the inherent nature of the friendship itself.

(Photo: Liat Weinstein ’18 (right) cheers on the Wolverines with friends at University of Michigan.)

Freshman year of college, with all of the uneasiness and excitement that accompanies adjusting to a new environment, taught me that lasting connections do not require a specific time frame in which to be built. Feelings of loneliness may be inevitable, but they are not always overwhelming or negative.

While I anticipated this poignant sense of loneliness—one that never fully came to fruition—I wish I had let myself more openly embrace the awkward newness of being a first-year student on a completely foreign campus. I distinctly remember sitting in the undergraduate library on the second day of school, attempting to print out a syllabus for my sociology course. As I opened up the syllabus and prepared to click print, I realized that I didn’t know what printer to connect to or how to upload my document. As I looked around at the all-knowing upperclassmen grabbing their papers from the printer and strolling out, I panicked. I believed that if I didn’t even know how to perform a task as simple as printing out a syllabus in the library, it would be months before I understood the intricacies of college life. Yet I learned that if I asked the seemingly “dumb” questions, and let myself be myself, a clueless freshman who didn’t know how to print or use the university’s book classification system, I would unknowingly fall into a rhythm that felt natural and familiar. While it seemed so distant at first, that calming sense of rhythm and comfort arrived more quickly than I ever could have anticipated.

As you begin, remember you all have something beautiful, insightful, and unique to offer to your new community, no matter if it is openly celebrated or quietly cherished. Savor every moment.

Best of luck for the new school year, 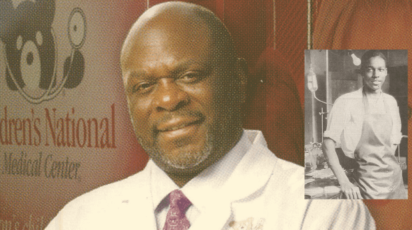 “It is not a story that is taught in medical school.” 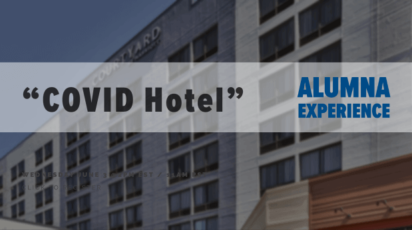