Poly is very pleased to announce that Jerell Jones, who has 15 years coaching success with high school and professional indoor football programs in the U.S. and abroad, has been named Head Football Coach.

“I believe in developing the whole child,” Jones said about his coaching philosophy.  “Creating a program with an environment that fosters their cognitive, physical, social, and emotional well-being will be my priority. This philosophy encompasses the full scope of my student-athletes’ development and to ensure that each member of the team reaches their fullest potential.”

“Coach Jones is a leader,” Head of School Audrius Barzdukas P’20 said. “He inspires and empowers his players with his knowledge of the game, and genuinely cares about them as students, athletes, and citizens. I enthusiastically join our community in welcoming him to Brooklyn and look forward to his leadership and mentorship.”

“Getting to know Coach Jones has been a great experience,” added Head of Athletics Richard Corso. “He is a man of great integrity and possesses a myriad of sports experiences along with a keen understanding of sports sciences and best practices.”

Before graduating from the University of Rhode Island with a BS in Kinesiology in 2007, Jones captained the URI football team while earning MVP and Offensive Player of the Year awards. He also received a MS in Kinesiology from URI, and a MA in Athletic Administration & Coaching and a MS in Exercise Physiology & Coaching from Concordia University in Irvine, CA. A certified strength and conditioning specialist, Jones will also serve as Poly’s Director of Track and Field.

“As a young football player, I always aspired to get to the next level,” Jones said. “In high school, I was very ambitious and dedicated to playing collegiately. In college, I was devoted and determined to play professionally.” After college in 2008, Jones signed contracts with the New York Giants and San Diego Chargers of the National Football League (NFL). “It was only an eight-month venture, but something I worked hard for and am very proud of,” he said.

“The greatest advice that I can give to my players that have similar aspirations, is to put forth max effort and exhaust all the possibilities to make it happen. This will ensure full potential when reaching their goals.”

After college, Jones, a native New Yorker, played defensive back for the New Jersey Revolution, a professional football team of the American Indoor Football Association (AIFA), while pursuing a career as a football and track coach at Roosevelt H.S. in Yonkers. His playing career also included wide receiver for the Chambersburg Cardinals, a professional football team of the Big North East Football Federation (BNEFF) and the Gridiron Developmental Football League (GDFL), where he won Rookie of the Year honors and 2011 Special Teams Player of the Year. Jones also played for the Harrisburg Stampede and the Lehigh Valley Steelhawks, both professional indoor football teams.

Back in the New York metropolitan area, Jones continued his football and track coaching careers at New Rochelle H.S., Don Bosco Prep H.S., and Nyack H.S., where he served as Head Football Coach before coming to Poly.

What are his hopes for the Poly Blue Devils football team this fall? “To be a program that everyone can be proud of,”  Jones said. 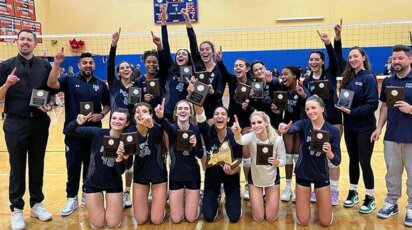 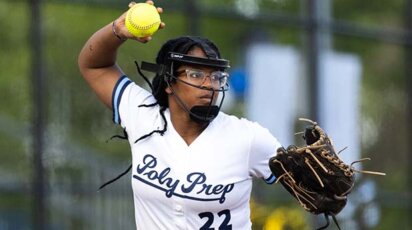 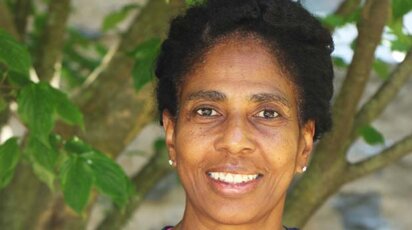