Poly welcomes Dr. Ramesh Laungani, our new Chair of the Science Department, who will share his college-level teaching experience about climate change and conservation and passion for science communication with students so they become leaders and agents of change.

Dr. Laungani, who grew up in Valley Stream, comes to us from Doane University in Nebraska where he was an Associate Professor of biology since 2010. He was also the co-host of the podcast “Warm Regards,” which was nominated as “Best Green Podcast” by iHeart Radio. The podcast focused on the human stories of “what it means to live and work in a warming world.”

His passion for biology and being able to communicate scientific concepts to a wide range of audiences led Dr. Laungani to a teaching career that spans both college and K-12 levels. His wealth of experience as an educator also includes serving as a Resident Scientist for Project Fulcrum, NSF (National Science Foundation) Graduate STEM Fellows in K-12, University of Nebraska-Lincoln (UNL) (2006-2008). He has also spearheaded a science communication project called the 1000 STEM Women Project, which curates a library of 90-second scientist introduction videos for use in classrooms.

Dr. Laungani earned a B.A. from New York University and a Ph.D. from the University of Nebraska-Lincoln.

He will be teaching elective courses focused on conservation and climate change, which he has taught at Doane, and sees “an opportunity for Poly students to do research projects on solutions to climate change.”

“The environment at Poly provides many of the curricular freedoms that are found in higher education,” he said, “and allows students to take intellectual risks that might be more difficult at other K-12 institutions.”

Coming from a state that is “heavily involved in agriculture” to Brooklyn, he said, “There is a great opportunity to not only highlight the differences between urban and agricultural settings but also the similarities. For example, farmers face many of the same challenges whether it is urban rooftop farming in Brooklyn or growing an acre of veggies in Nebraska.” He added, “Knowing where our food comes from and how it is produced is critical for all of us to understand as we tackle global challenges.”

It can be a challenge to make science approachable and accessible, but it’s the key to a wide range of audiences to understand issues and solutions. In speaking about his passion for science communication, or “SciComm,” Dr. Laungani told us that, “Making sure that scientists understand how to clearly communicate science to a variety of audiences is a critically important skill… By having my students at Poly work on SciComm projects particularly around climate change, they will be able to creatively connect STEM, the humanities, and the arts… I want Poly students to become leaders and agents of change by developing both their scientific thinking skills and SciComm skills.”

According to his Twitter posts, Dr. Laungani hopes to have his students take advantage of opportunities in New York City such as the Climate Museum. When he visited Poly in June, he was pleased to learn that the Middle School has been very involved in the Billion Oyster Project since 2016.

“I will be encouraging projects like this at Poly because it is an opportunity to show students they can positively impact their own communities through science and action.”

In his first year, Dr. Laungani will do a lot of listening to faculty and students, but, “I want students to feel comfortable exploring unknowns, just as I explore unknowns as a practicing biologist… I want the science classrooms at Poly to be a place where exploring unknowns through hypothesis development and experimentation is the norm for students. Overall I want students to understand that exploring scientific unknowns is not exclusively the realm of those with PhDs; it is a space whose only requirements are curiosity, fascination, and organized thinking. I want students to feel empowered to probe unknowns with their own ideas. And so much of this is already happening at Poly, so I want to build on that great momentum and make student-driven inquiry even more central to the science curriculum.” 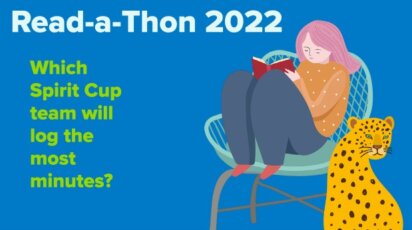 The reading competition between teams Blue and Gray is underway! 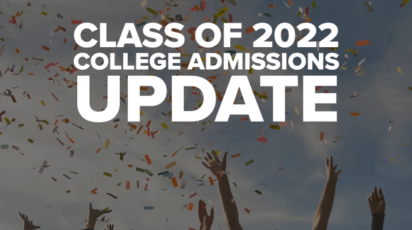 Early Decision College Results Are In

Early Decision results are in! Congratulations to the Class of 2022. 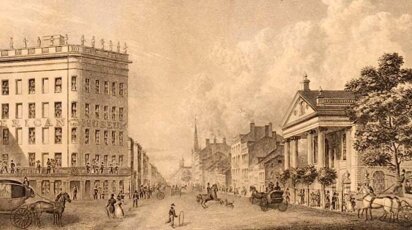