One of the best kept secrets in Brooklyn is Poly’s Performing Arts Camp, which begins its 31st year this summer.

Aspiring performers in Grades 4-9 have the opportunity to learn their craft from professional dancers, directors, musicians, actors, set designers, and costume makers. They also have the chance to connect with engaging counselors and fellow campers in this joyful summer community. This year, the Poly’s summer Performing Arts Camp will take place on the Lower School campus in Park Slope using the outdoor play yard, the gym, dance studio, the music room, and Prospect Park.

All year, kids look forward to coming back to Performing Arts Camp. “They have a home here,” said Camp Director Cynthia Babak, “and are accepted for who they are.”

“My favorite memory from Performing Arts Camp is the environment,” said a returning camper, preparing to start her third summer at PAC. “On the first day, you always feel so welcomed by your new counselors, teachers, and friends.  The people at PAC feel like your family.”

The camp’s musical director, Laurie Uguccioni, credits PAC founder Sonya Baehr. “It was her formula of teaching children to devise their own ideas and craft them into stories, lyrics, and music that has sustained the program for 30 plus years,” she said.

“My time at Poly’s Performing Arts Camp was such an important starting point for my career as a musician and performer.”

“My most enjoyable moments come when students realize they can create something beautiful together by collaborating and sharing their ideas,” Uguccioni said. “It’s always exciting to see the process of the group song come to life, it never gets old, and I look forward to it every summer.”

Maria Palotta Javier, whose three daughters participated, said, “The Performing Arts Camp at Poly was an amazing experience for my daughters over a period of seven years. First, they have gained confidence—I see it whether it be performing in their school musicals or bands. Second, they learned the art of collaboration. They worked together with their peers in a short period to create a final dramatic piece. My oldest daughter is now entering college as a confident, young woman who understands the importance of collaboration in life.” Javier added, “I attribute their success to their many years at Poly Summer’s Performing Arts Camp.”

Charles Ritz, a former camper and returning staff member, just graduated from Berklee College of Music. “My time at Poly’s Performing Arts Camp was such an important starting point for my career as a musician and performer. It was the first place I played a saxophone, composed a piece for a band, and worked collaboratively with other performers. All of these skills have carried into my professional life. Above all, PAC taught me how to be a better person and friend, and I wouldn’t trade that time for anything!”

“I decided to attend the Performing Arts camp because a friend of mine was doing it,” June Dorsch ’23 said. “But I was soon hooked.” June learned to play the clarinet—every camper learns an instrument—and has been playing for seven years. “If I didn’t do that, I wouldn’t be in [Poly’s] Concert Band or Advanced Band, which has been a large part of my high school academic experience.” Camp is meant to be a place of joy, where children can be children. “My favorite memory,” she said, “is when my group was indoors and it started to rain, so we all ran outside and played in the rain while shout-singing ‘Dancing Queen’ by ABBA.”

Mary, a middle school student, picked up the trumpet at PAC. “Playing trumpet at PAC was a really fun experience, especially with some of the amazing teachers I’ve had who are also professional musicians.” The skills and enthusiasm she gained at camp gave her the confidence to audition for and participate in her school’s high school jazz band as a sixth grader. “Next year, I will audition for the Senior Jazz Band 1!”

Jennifer Lavagnino-Sisk ‘23 has a passion for the performing arts and instrumental music. “The instrumental music class started out as a big challenge for me,” she said. “Everyone was really good at their instrument and I was still somewhat of a beginner. I felt intimidated by all of these talented musicians at first, but everyone was actually super nice and willing to help me when I didn’t understand the music. It was great to be part of such a supportive community that ultimately made me a better musician.”

Some of the counselors such as Georgianna Zanotto ‘19 and Adrianna Neal ‘23, came to the camp as students and then enrolled at Poly Prep, where they excelled in our theater productions, vocal concerts, and dance performances, and in Zanotto’s case went on to pursue theater studies in college.

“I had an amazing experience as a camper at PAC and the counselors were a big part of the whole experience. They really promote a positive environment…”

Most counselors were PAC campers themselves, and when hired, they can’t wait to share the same guidance and support that they received as campers. Counselor Allison Lam has attended PAC since she was eight years old. “I had an amazing experience as a camper at PAC and the counselors were a big part of the whole experience. They really promote a positive environment, where the campers can be involved in so many different aspects of putting on a show that they might not be able to find elsewhere.” Allison, a committed ballerina, also loves how PAC pushed her to expand beyond her comfort zone. “I loved how camp challenged me to do my best, but we were still able to have fun at the same time. I have always loved to dance, but PAC is the only place where we can break out and have dance parties at any given moment!”

All faculty at PAC are professional teaching artists. Having theater professionals as teachers at PAC makes all the difference. Camp led Mia to find a passion for costume making. “Mia is so excited about camp,” said her mother, Stacie Brensilver.  “Working in costuming is one of Mia’s favorite things about PAC.”

When Mia started camp her first summer, she knew that she wanted to work in the costume shop if she had the opportunity.  “It was thrilling for her when she was so warmly welcomed into that space.” In the costume shop, Mia was given the freedom and responsibility to make a real contribution at camp, and that, combined with her being cast as the lead in sixth grade gave her an overwhelming feeling of confidence. This will be Mia’s fifth year at PAC.

Stacie says, “PAC has been one of the most important experiences of Mia’s life—no exaggeration.  PAC gave her, and continues to give her, a place where she truly feels like she belongs and everyone around her supports her. PAC has also taught Mia the value of hard work and to have faith in the process, which has extended to other areas of her life.”

Sharing and Shining on Stage

Each week, campers have a unique opportunity to share what they’ve been working on at camp. Whether it be a dance routine, a dramatic piece, or a song on their instrument, the experience builds courage and comfort on the stage. “Friday afternoons are my favorite time at camp,” said a returning camper. “It’s so fun to perform and to hear the applause from all of the campers and my counselors.”

“Campers are bubbling over with excitement. They are so bonded by the end of camp and they can’t wait to show off the results of their hard work and creative collaboration.”

The camp culminates in robust performances for families. The oldest group performs a Broadway Jr. Musical which this year will be Fiddler on the Roof. Each of the younger groups perform the show they crafted from scratch with inspiration from fairy tales and myths. “The energy on performance day is electric!” said Poly Summer Director, Carrie Quigley. 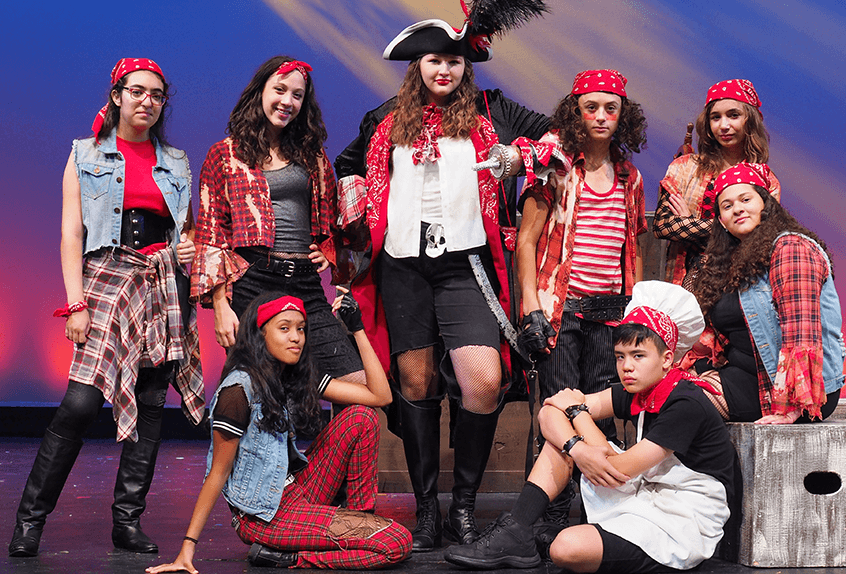 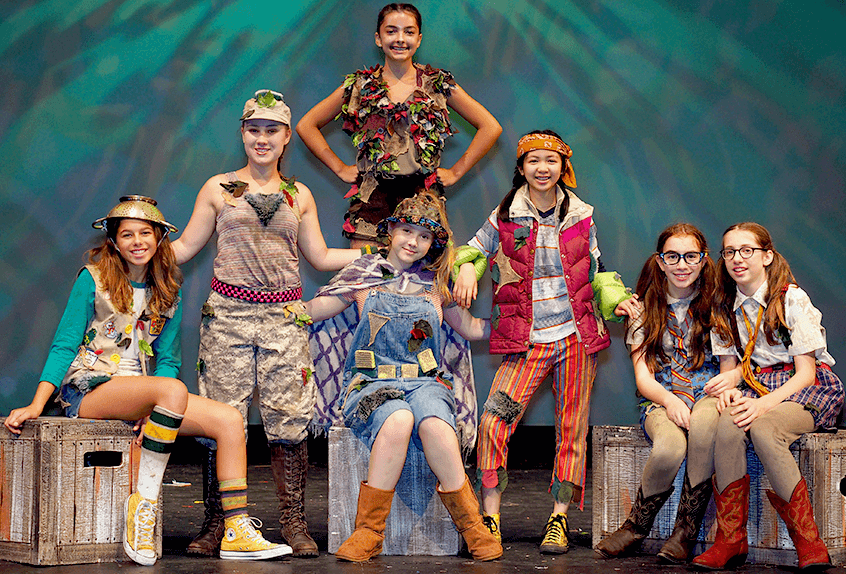 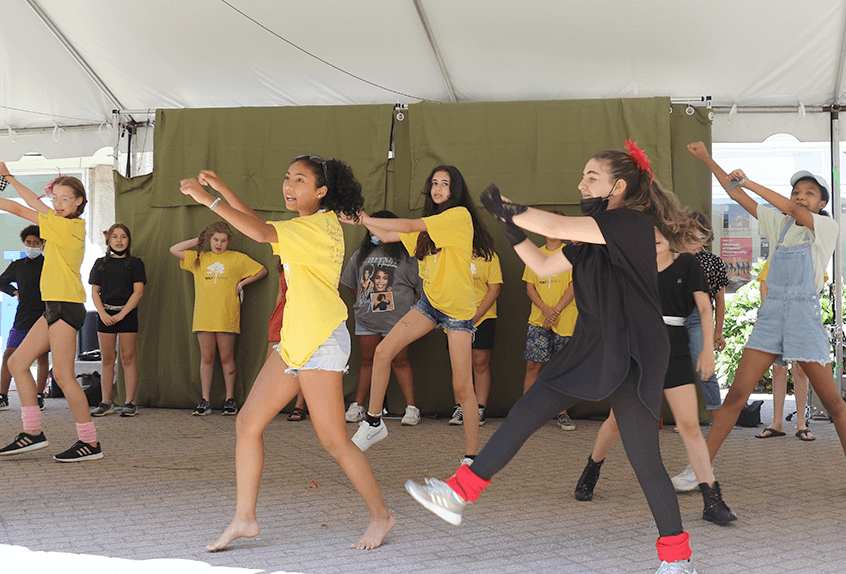 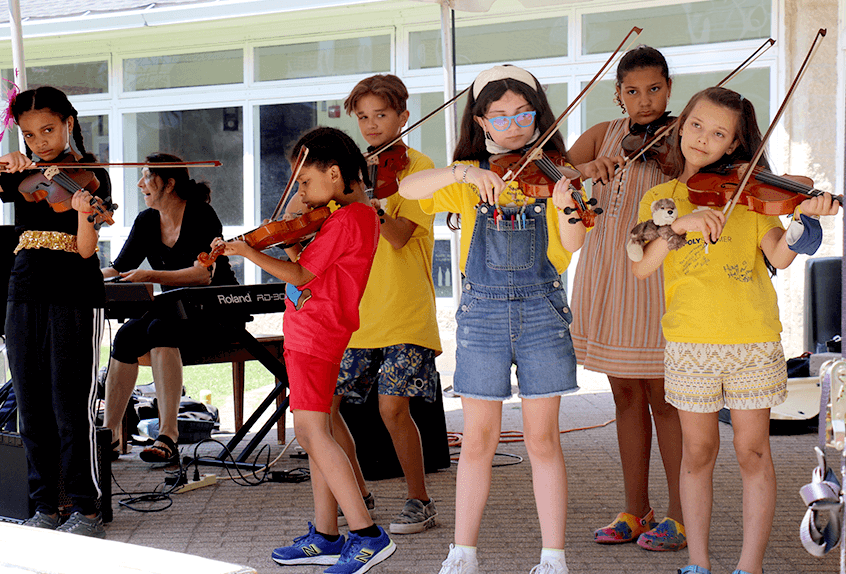 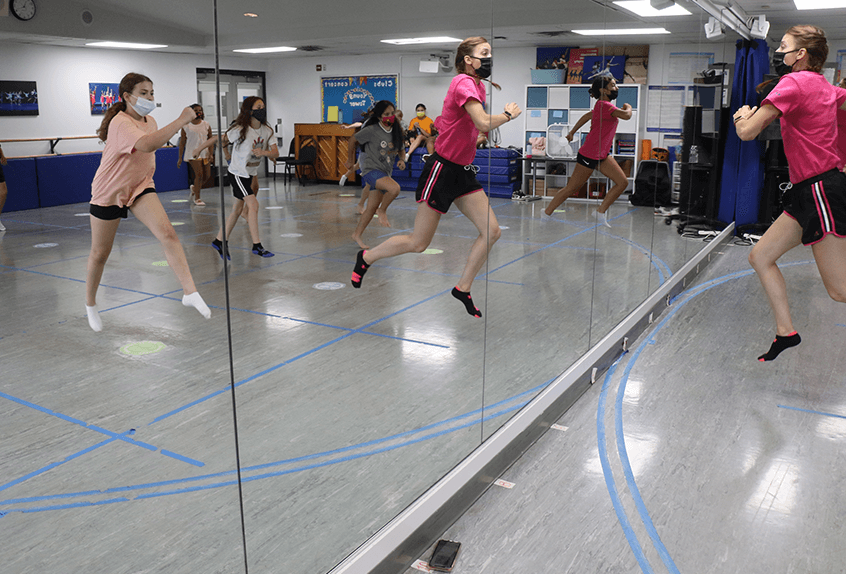 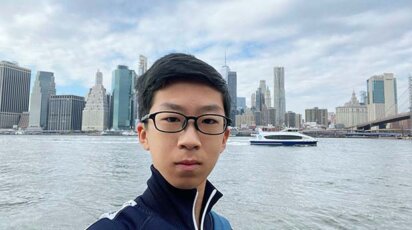 An exchange student reflects on identity and belonging between two worlds.