Alumni Panel Offers Insight: What to Expect in College

What is college really like? Hearing from peers who have been through the college application and decision process is not only helpful, but reassures students. This year’s virtual Alumni Panel event for Grades 11 and 12 students answered their questions. The panelists included recent graduates who are attending college across the U.S. and internationally.

How did Poly best prepare you for college?

Arman Kermanshah ’18, who is studying math at Emory, said the time management skills he developed at Poly are serving him well in college.  Antonia Hatzipetros ’17, whose major at Lafayette is international affairs and who plans to go to law school in the fall,  said that Poly puts you in a position to succeed. For one of her international politics classes, Hatzipetros found that she had “already read some of the pieces for the class in Ms. [Michal] Hershkovitz’s class.” She added, “I had the foundation necessary.”

What was the “surprise curveball” you may have encountered?

Olivia Keany ’19, who is studying international relations and modern history at the University of St. Andrews in Scotland, said that adjusting to a different country was challenging. She noted that St. Andrews was founded in 1413. At one point, she said, her lecturers went on strike.

Ota Ehue ’19, who has a double major in psychology and economics at Howard, said at Poly it was easy to get involved with clubs and other activities. “In college, you have to search out” new activities and friends. At Poly, he was involved in Young Singers, Blue Notes, A Cappella, Spoken Word and more performing arts opportunities. He said that before the pandemic he had joined a Gospel Choir at Howard.

What does it take to navigate college successfully?

John Luke Destefano ’17, a wrestler at Poly is in the School of Business at NYU. Being an athlete at Poly gave him the time management skills needed to be successful in college. He advised students to take each course syllabus and “write everything down in your planner.”

Jett Williams ’19, who is in the Business School at Howard, noted how expensive textbooks are and suggested finding alternate places to buy them. He also advised students to develop a routine including times to study, work out, rest, and eat.

What are important opportunities at college?

Alexander Montes ’19, who studies computer science at R.P.I.,  suggested finding the student “development center” on campus, where students can get help with writing reports and other projects. “There is always someone there,” he said, comparing it to Poly’s dean program.

Emma Samstein ’19, who is studying psychology and neuroscience at Bryn Mawr, advised, “Make sure your professors know your name. Go to their office hours.”

Montes seconded Samstein’s advice. “Get to know your professors,” he said. He was working on a research project with a professor, who he learned knew someone at Tesla. Montes asked for an introduction and now has an interview at Tesla.

Emily Gardiner P’24, ’27, Chair, Upper School Deans invited the alumni to talk about ways to make social inroads at college such as dealing with roommates and making friends.

On Finding New Friends: Destefano suggested, “Introduce yourself.” Another alumnus said his roommate did not seem very outgoing at first, but ultimately became his best friend. But another had a roommate who was very different from himself causing him to avoid using his own room. “You will find your friend group,” he said.

“Remind yourself everyone is new,” said Keany. “Everyone feels the same.” She added, “Be kind to yourself.” Another alumnae said that after her first semester at college, she felt like she didn’t belong. She came back to Poly and spoke with a teacher who encouraged her to get involved and stay active and that advice has made a difference.

On Required Classes: Gardiner invited questions from students. One asked if the alumni had to take required classes at their schools. Hatzipetros said that even though she is an international affairs major at Lafayette, she was required to take a computer science class. “It will help in the long run,” she said. On the other hand, Keany said she is only required to take three classes per semester. But those have been a variety of classes. “It is OK to figure out what works for you,” Keany said. She noted the importance of having a “work/life balance,” which has included traveling to other countries from her school in Scotland.

Deciding on a Major: Gardiner asked the alumni to talk about how easy or difficult it was to decide on a major. Kermanshah said that though he “was going to do pre med and economics,” his advisor at Emory suggested that he take French, poly sci, and three math classes. “Listen to your advisor,” Kermanshah said. “Tell him your goals.” Another tip from his advisor: “If the syllabus is unorganized, drop the class.” Williams advised students to look at their college’s website to see what its alumni are doing after college.

What to look for when choosing a school?

Consider Every Option: An alumnus said he at first did not want to go to the college he ultimately attended. But, over time he became comfortable there. Another alumnus said that his first choice school was “too expensive.” Ultimately, he “fell in love” with his college and found that it was the right fit. “Don’t limit yourself,” he said. “Look at all your options.” Keany said she applied to a “huge swath of schools,” but had an immediate connection to St. Andrews. “Go to the place and find out for yourself,” she advised. “Don’t let anyone pressure you. Consider every option.”

Single Piece of Advice: In wrapping up, Gardiner asked the alumni to share their single piece of advice for the prospective college students. “Don’t overthink it,” said Ehu. “Have confidence in yourself,” Samstein said. “Explore everything around you,” Williams added.

Nestor thanked the panel for their “sage wisdom,” and added, “We are all so proud of you.”

Afterward Caitlin Lam ’21 said, “Due to the fact that I am applying to universities internationally, most in the U.K., it was exciting to hear from Olivia Keany ‘19, who has been attending St. Andrews, one of the universities I have applied to. The international perspective is one that is left out of many conversations surrounding college in the U.S,. so it was super helpful to hear her experience! I learned that universities in the U.K. tailor your classes to your major specifically, and you are not required to take classes that aren’t directly connected to your major. This allows for a student to fully immerse themselves in their chosen field of study and to be able to dig deeper in their understanding. Overall it was a super productive Q&A.” 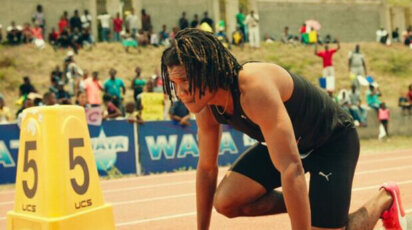 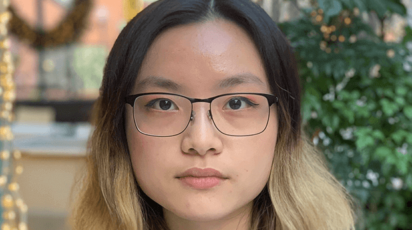 Checking in With: Connie Chen ’19

This year has upended life and required everyone to adjust expectations andplans. For our recent grads just starting out in… 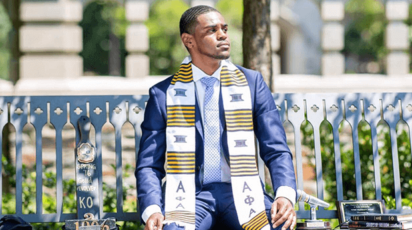 Checking in With: Jair Froome ’15

Jair Froome ’15 graduated with honors in 2019 from Duke University...