For those interested in filmmaking, the Poly on Film series is a unique opportunity for students and fellow alumni to speak directly to filmmaking professionals, actors, and writers. The series debuted in 2020 and features a Zoom discussion with Poly alumni involved in making the film and other invited guests. The community is invited to view films at their leisure prior to the panel discussion.

Join the Poly on Film discussion by registering in advance for the Zoom event on September 21 at 7:00 PM.

Gelbelman is the daughter of Jewish refugees from the former Soviet Union. After graduating from Poly, she studied history and Russian literature at McGill University. She also studied technical filmmaking for two years at Capilano University in British Columbia and earned a Diploma in Motion Picture Arts in 2015. She was a recipient of the 2018 New York Women in Film and Television Ha Phuong Scholarship. Gelbelman graduated from the MFA Film program at Stony Brook University with a concentration in screenwriting in 2019.

In The White Goddess, a writer, Rebecca, is obsessed with a divine mythological character. She helps an injured man in the woods and strange things ensue. The film has been described as a “psychological thriller in the vein of Misery.” “I also would say my film is a thriller,” Gelbelman said, “but also a drama about a woman’s unraveling through the mirror of the mythological. All of her dreams and visions in the film are images and stories I borrowed from Greek myth that follow an archetypal pattern. It’s also a little bit over the top and a little bit of a camp dark comedy, which was originally not intentional, but became so as we shot the film and realized where things were going. I was inspired by movies like Misery, but also Driftwood with James Spader—a very little known B movie of his—and The Shining, claustrophobic tales of people trapped together in a remote location, reliably going insane.”

A Passion for Filmmaking Began at Poly

“My interest in storytelling and writing became my passion for film and filmmaking at Poly,” Gelbelman recalls, “through the influence of David Higham‘s filmmaking class and Bud Cox’s Film and Aesthetics class. I was encouraged to pursue filmmaking and inspired in both of those classes. I also loved to watch Poly theater productions, in particular I remember being very excited about performing as Friar Laurence in Romeo and Juliet and watching our high school production of Bertolt Brecht’s Mother Courage.”

Poly theatre manager Higham, who will be part of this Poly on Film discussion panel, says he remembers that Eugina “did great work in class.” But he also recalls, “She had written a wonderful screenplay, but despite my encouraging her, she never actually produced it for class.  As I remember, she was somewhat shy and that may have had something to do with her reluctance to create the piece.  I was very impressed by her writing and because I don’t often get students in the class who express themselves through writing, I was somewhat disappointed not to see what she would create as a final product.” Perhaps it is yet to be.

Getting the Film Made

Gelbelman shared how difficult it can be to get a first film produced. “The biggest challenge was money, time, and resources,” Gelbelman explained. “I didn’t have any of those things, so I ended up self financing with savings I had from working as a graduate assistant and teacher during my Film MFA program at Stony Brook University. The money was limited and so was time, and resources, so every decision during filmmaking had to be made with an eye to our shoestring budget and time constraints. The movie was shot for 10K, and edited for 10K, so it came out to 20K from my own pocket. I wrote the film in a month, spent one month auditioning, and assembling the crew and planning the shoot, and then two weeks filming.” The film was shot mostly in Canada with one reshoot in Prospect Park in Brooklyn. “Somehow we finished the film at the end of February 2020, just a week before the COVID lockdowns hit in Canada,” she said, “It took another year or so to complete the film in post production. The number one rule of filmmaking really is never use your own money, but sometimes if you really want something and are unable to raise money from outside sources, you have to fall back on that, if you have the money to spare. I will certainly not be able to shoot another film with my own money though. This was a one-time deal.”

What does Gelbelman hope the audience takes away from watching and discussing her film? “I hope they are inspired to just go for it,” she said, “if there is a creative project they are dying to do. To see that you can be inventive, interesting, and original even if you don’t have the usual things a lot of feature films or well-financed art projects have. Also, you don’t need anyone’s approval, if you have a story, go and tell it. I also hope they are interested more in our original stories, through the film’s use of ancient mythology. I also just hope that the audience has fun. The movie is trying to be entertaining before anything else, while also having deeper layers beneath it.”

Gelbelman would like to make another feature as soon as she finds the money and support. “I produced this myself,” she said, “For the second film, it would be wonderful to have producers who aren’t me. I am adapting a sci-fi, fantasy, western trilogy by Steven Drachman called The Strange and Astounding Memoirs of Watt O’Hugh, which I optioned and I hope to make under my production company Pomegranate Pictures. I also have an autobiographical coming-of-age film about growing up first-generation Russian American in Brooklyn called Daddy’s Girl, and several other projects, which I’ve written and hope I can get made in the coming years. There’s also a TV pilot, which made it to the second round of a Sundance lab application called ‘Burly-Q’ about a 30-year-old virgin and kindergarten teacher who gets involved in the NYC neo-burlesque scene in her off time, which I will try to raise money for so I can shoot the pilot myself.”

Register in advance for Poly on Film: The White Goddess which will be presented on Wednesday, September 21 at 7:00 PM. After registering, you will receive a confirmation email containing information about joining the webinar. 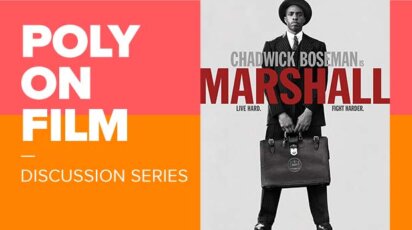 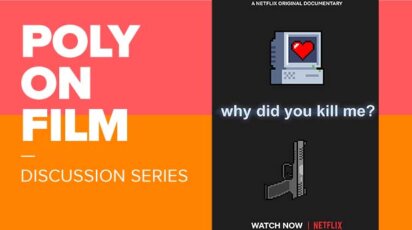 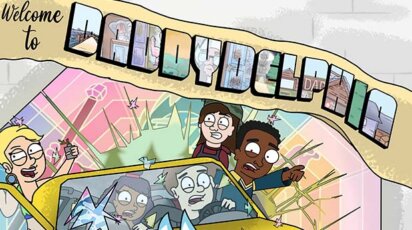