While most kids would think nothing of getting a hot dog at a baseball game at Yankee Stadium, for John Zaremba ‘29, the choice is not so easy. Lucia Zaremba ‘25 recalls walking around the stadium with her brother and cousin last year and checking with vendors to see which foods would be safe — nut-free and not cross-contaminated — for her brother to eat. Only one vendor would weakly assure her that their food was safe. Would there be an EpiPen available if John had a bad reaction to the food?

The (Life and Death) Reality of Living with Severe Allergies

EpiPen is the brand name of an auto-injectable device that delivers the drug epinephrine, a life-saving medication used when someone is experiencing a severe allergic reaction, known as anaphylaxis (pronounced “an-a-fi-lax-is”), an allergy emergency that can cause death in less than 15 minutes.

The reason Lucia Zaremba was so concerned was because at the age of nine she had witnessed her younger brother, then five, have a life-threatening allergic reaction. After being bitten by a tick, John, who already had severe nut allergies, developed alpha-gal syndrome and an allergy to red meat. As a result, John had a severe and potentially lethal reaction to eating a piece of steak. The quick actions of his mother, Nancy Zaremba P‘24, ‘25, ‘29, using an EpiPen, saved John.

“John’s food allergies have changed our family’s daily living,” said Nancy Zaremba. She explained, “John is allergic to peanuts, tree nuts, sesame seeds, and legumes. Nuts and sesame seeds are the tricky ingredients for John when scouting out foods like hot dogs at Yankee Stadium. You wouldn’t believe how many bread products  have sesame seeds in their ingredients and nut cross contamination.”

“Everything we do is in the interest of keeping John safe,” Nancy Zaremba said. “We can only eat or order out from certain restaurants and even that is not so simple. We have to read food labels on everything we buy in the grocery store. Something as simple as going to the movie theater or a birthday party can be challenging for John. It’s difficult some days because he just wants to be ‘normal’ and not have to worry about what he is eating. Ever since he had an anaphylactic reaction to something we didn’t know he was allergic to, we continue to be thankful that we had an EpiPen on hand, but also know that not everyone is in the same boat.”

The terrifying emergency traumatized the Zaremba family, Lucia said. Her mom taught her how to use an EpiPen in case of another emergency.  To Lucia, it seemed like “common sense” that there should be EpiPens located in all large public venues the way we see AED (Automated External Defibrillator) boxes posted. That is why when she had the opportunity to speak with State Senator Andrew Gounardes (D) 22nd District about the issue, she could see a way to get something done.  Lucia has been working with Senator Gounardes on ideas for legislation to be proposed when the new New York State Senate session begins in January.  Lucia says the bill would cover large public venues such as schools, shopping centers, stadiums, and restaurants. Such a law, when enacted, “would save people’s lives,” she said.

“When Lucia told me her family’s story,” Senator Gounardes said. “I was heartbroken to hear of the fear she, her brother, and her parents had all experienced when her brother’s anaphylactic reactions had occurred. And the solution she proposed — ensuring EpiPens are accessible to New Yorkers across the state in public venues — made absolute sense to me. After our conversation, I began the process of writing this bill.”

“The legislative process is a collaborative one,” Senator Gounardes continued. “where I’ll work with my colleagues to help them understand the need for this bill to become law. I know many legislators — and families — across the state already have a deep knowledge of the dangers of anaphylaxis, and I am confident that my colleagues and I can work to get this life-saving bill passed.”

Lucia said she hopes that the proposed legislation will get more recognition and support. News media is a big part of it, she said. That is why she is happy to do interviews to spread the word. She may even travel to Albany at some point to speak in support of the bill.

“I wish everyone knew how scary it is to have life-threatening allergies. I may not show it, but I’m always afraid every time I have a meal…”

“I think it’s really cool that my sister, Lucia, is doing this to help kids like me with allergies,” John Zaremba said. “When Lucia told me she was reaching out to Senator Gounardes to change the law, I couldn’t believe it. I think it’s a great idea, and it’s really great that the Senator is interested in helping people with allergies.” He added, “I wish everyone knew how scary it is to have life-threatening allergies. I may not show it, but I’m always afraid every time I have a meal I could have a life-threatening allergic reaction, even going to an arena, I’m scared of what I can eat and what I can’t eat.”

John continues to bring an EpiPen to school. Poly Nurse Sara Siller said, “For the most part, our students carry their EpiPens, but I do also keep student EpiPens here in my office. I also have a stock supply in case needed. There are no central locations on campus to access EpiPens aside from my office and the trainers office down the hall. I love the idea of having EpiPens in designated areas around campus — especially since the nurse’s office is far from the students.”

Lucia, a tenth grader who is on the staff of The Polygon and enjoys public speaking, says the experience of working with Senator Gounardes has been inspiring.

“Our entire family is beyond proud of Lucia,” Nancy Zaremba said. “We are so proud of Lucia for wanting to make a change for not only her brother, but for everyone in New York, especially those who are not aware of their allergies. Stocking EpiPens in all places of public assembly along with someone who knows how to use it is life changing. She has taken a terrible moment in her life and is trying to turn it into something positive. She is a really good sister and we couldn’t be prouder as her parents.” 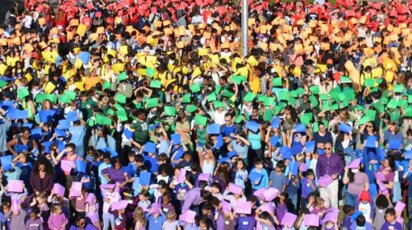 Solidarity Week brings both campuses together in celebration of inclusion, respect, and belonging. 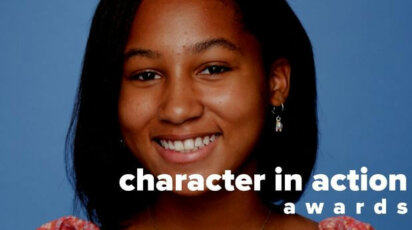 Each week, Middle School students are recognized for their integrity, honesty, and respect for others. 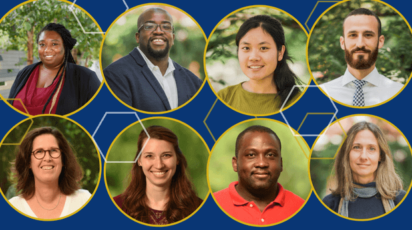 Teachers and staff were honored at this year's Teaching & Learning Awards.