Community Events
Poly’s all-female a cappella group, Harmonics, opened the Alumni Association Annual Meeting on April 27 with a beautiful rendition of the Amy Winehouse song, “Valerie.”
President of the Alumni Board of Governors Alexandra Maresca Azara ’00, P‘33 welcomed alumni and thanked the volunteers who serve on four board committees. She noted several initiatives this year, including Poly Alumni of Color, Poly Women Connect, a mentoring committee, and regional gatherings. “After graduation, the Poly experience never leaves us,” she said. “Your voice matters. We want to know what will bring you back to campus.”

Head of School Audrius Barzdukas P’20 addressed alumni with an overview of the latest happenings at Poly, including the extension of the Dean system to Middle School, expansion of the bus system, a new academic schedule that “will increase teaching and learning time,” and new leadership on the management front and the academic front. Read his Spring Tidings message for more details about Poly’s progress and latest school achievements.
Distinguished Achievement Awards
Alumni Board of Governors members Jacquie Chirdo ’13 and Anastasia Cembrovska ’07 presented Poly’s Distinguished Achievement Award to Gigi Georges ’84, Timothy Hollister ‘74, and Dr. Morton Levitt ’64. Each shared personal stories of their lives and reflected on what Poly has meant to them.
Gigi Georges ’84
Gigi Georges, who has had an extensive career in politics, public service, and academia, said, “This Chapel is full of memories,” and recalled faculty including “Mr. Hayden, the legendary Fifth Form English teacher,” and Mrs. Beiles, “whose passion for history cemented my love for it” and inspired Georges’ career in Washington, D.C.
Timothy Hollister ‘74
Tim Hollister is an attorney and advocate for safer teen driving following the death of his son in a car accident. “I can honestly say that everything in my life that turned out well, including my safer teen driving advocacy, began here,” Hollister said. “Thank you to Poly Prep for giving me the tools.”
Dr. Morton Levitt ’64
Morton Levitt, MD is professor of pathology at the Charles E. Schmidt College of Medicine, Florida Atlantic University. He noted that three others in his “amazing Class of 1964” have been so honored. When considering his accomplishments, he said, “For me, achievement is a cumulative measure of the impact one has made on other people’s lives.”
Barzdukas then announced a new honor “for commitment and service to Poly,” the Young Alumni Award, which was presented to Stephanie Caso ’09 and Jared Hedglin ’09.

The meeting concluded with the Class of 2019 being recognized by the Alumni Association and the traditional singing of the Poly song, “Far Down On The Heights Called Dyker.” 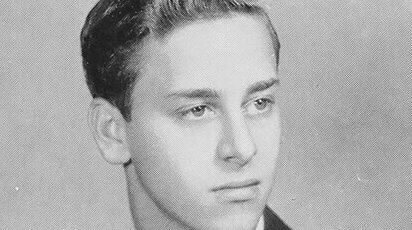 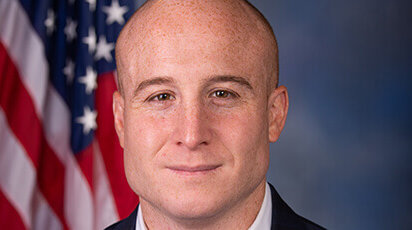 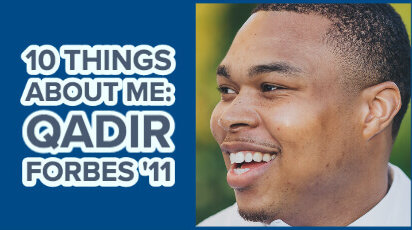