Looking Back to Look Forward

In a February 2018 issue of The Polygon, the editorial staff—Maddie Winter ’18, Lily Ray Darling ’18, Liat Weinstein ’18, Esme Graham ’18, and Sophie Marx ’18—published an in-depth article, “How We Talk When We Talk About Race” which began with a report of a powerful performance by the step teams on Community and Diversity Day and continued with a history of Poly’s diversity initiatives including accounts by faculty, who are alumni, of their time at Poly.

The article considered the current state of diversity at Poly at that time including racial, ethnic, and socioeconomic diversity, as well as the leadership and role of a Director of Diversity. The article went on to consider discussion of race in the classroom and the role of race in college admissions. The writers also went into detail to explore incidents of racial tension on campus and in the nation and how students responded. In a section on the future, the writers considered how the administration at Poly responds to racial issues and consequences. They concluded:

“While Poly Prep is a small school perched on the edge of Brooklyn, it is filled with loud voices, each communicating a lifetime worth of individual histories and experiences. As with most communities, Poly serves as a microcosm of the world surrounding it—this does not mean we are forced to play out the mistakes of the political and social leaders we see on the TV every day.  This means we are where change begins. Change not just in hollow words, but in action. In understanding one another and finding empathy for the peers we are surrounded by through honest conversation, we can begin.”

On October 27, Winter and Weinstein returned to Poly (Weinstein via Zoom) to talk about their experience reporting this story with Rachael Allen’s Advanced Journalism class, many of whom are current Polygon staff members. Winter graduated from Princeton and Weinstein from the University of Michigan this year. Weinstein said that she continued her journalism career as a reporter on her college paper. They were joined on the panel by Dr. Virginia Dillon, who was advisor to The Polygon at the time of the article’s publication.

In advance of the panel discussion, the class had read the Polygon article.

Winter explained that during their senior year at Poly there had been a feeling of “racial tension” and frustration. Weinstein added that there was also a “sociopolitical climate” in the country at the time including protests in Charlottesville, VA the previous summer. “Race deserved a more in-depth, longer piece,” she said.

Dr. Dillon said that the editors of The Polygon had been writing for the paper since ninth grade. “The Polygon was a defining experience.” At the time, Poly seemed to be in flux, she said. “Who were we as a school?”

A current student asked how race was taught at the time. Weinstein explained, “Since 2020, racism is more a part of the curriculum.” For example, the selection of authors being studied in an English class became more diverse.

“The goal was not to cause harm to the school, but to speak the truth.”

A Black student group was very vocal and involved at the time of the article, the panelists explained. Winter considered, “Why was the burden on Black students?”

“The students were ahead of the faculty on this,” Dr. Dillon added.

The panel talked about any oversight by the administration as they wrote the article. Weinstein added, “The goal was not to cause harm to the school, but to speak the truth.”

Dr. Dillon and the panelists explained to the class that there was no journalism class at the time and no teacher dedicated to The Polygon. Dr. Dillon was teaching her Upper School history classes in addition to serving as advisor.

“What was the response to the article?” a student wondered. Dr. Dillon said other faculty responded well, but there was not a huge conversation or large influx of letters to the editor. Dr. Dillon notes that in their editorial, the students recognized that they were white girls who had written the article and sought out responses from people of color “to balance their voices.” “The letters to the editor didn’t really bring this up,” she said, “but more praised the piece and added their own stories and observations.”  One aspiring history faculty member did reference the story in his job interview, she noted.

“Our goal was not to make news, but to report it,” Weinstein said.

Current Student Reaction to the Panel

Afterward, Seanna Sankar ’24, current Polygon Online Managing Editor, said she thought Weinstein and Winter’s visit was interesting not only because of how recently the article was published, but also the effort and consideration that went into writing it.

“I was most surprised by the amount of thought put in when it came to writing this article,” Sankar said. “It wasn’t just written to simply cover a story, but the writers, especially as white students, felt so passionately about shedding light on the topic of race and diversity and wanted to make a change.”

“It is one thing to come up with a great idea,” Sankar continued, “but it’s another to really be able to deliver a well-written and well-informed article like they did. There was so much research, sources, interviews, and follow-ups involved in the entire process.”

“We didn’t talk too much about their writing process,” Sankar observed, “but more about its content. This included comparing Poly then and now and understanding how the administration handles certain incidents, which was really interesting considering how recent they were [at Poly] and since I’ve witnessed a handful of them.”

What did she learn from these former Polygon editors? “A piece of advice that stuck with me was that the person in charge should always be the last person you talk to,” Sankar responded. “At this point, your story is almost complete and most of the pieces are strung together, so you are able to confront this person ‘in power’ with very specific follow-up questions and are able to get their perspective on the entire topic.” 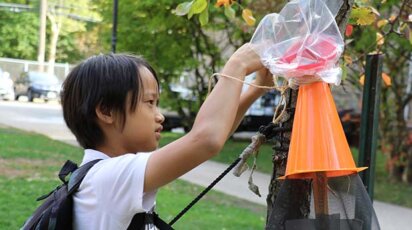 See what some of Poly's Middle School students are up to during club time. 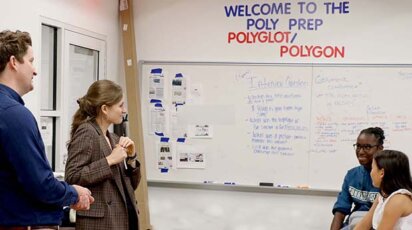 Alumnus Shares Stories of His Life as Investigative Journalist 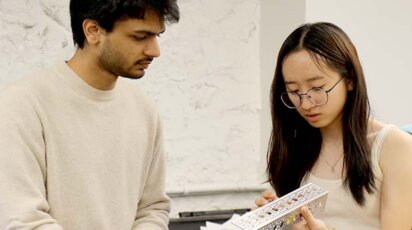