Don’t miss the next Poly on Film event, which focuses on the 2017 film Marshall. The film features the late Chadwick Boseman portraying a young Thurgood Marshall facing one of his greatest challenges as a lawyer for the NAACP. The film’s producer, Jon Sanger ’61, will join a panel guaranteed to engage in a compelling conversation. This Poly on Film Zoom event is February 24 at 7:00 PM. If you haven’t seen the film, it is available for streaming on a number of sites.

Join the Poly on Film discussion by registering in advance for the Zoom event on February 24 at 7:00 PM.

In the film, a wealthy Connecticut socialite, Eleanor Strubing, has accused Black chauffeur Joseph Spell of sexual assault and attempted murder. Marshall teams up with Sam Friedman, a local Jewish lawyer, to build a defense while contending with racism and anti-Semitism. The film was nominated for an Academy Award and five NAACP Image Awards.

Our panel includes Jon Sanger ’61, who won an Academy Award in the Best Short Film, Live Action category for the 1987 film Ray’s Male Heterosexual Dance Hall and a BAFTA Best Picture Award for the 1980 film The Elephant Man, which was nominated for Best Picture by the Academy. Also on the panel are: Barbara Underwood P’04, current Solicitor General of New York State and first woman to clerk for Associate Justice of the Supreme Court Marshall; Dr. Omari Keeles, Poly’s Director of Diversity, Equity, Inclusion, and Belonging; and history teacher Dr. Alex Carter. Robert Aberlin ’62 P’00, ’03 will moderate.

A film About Brotherhood and Civil Rights

Sanger talked about what drew him to the Thurgood Marshall project. “I loved that he was the first Black Supreme Court Justice,” he said.  “I only knew about his later career and wanted to know more about him. A friend sent me a script and I loved it and was at a company that was looking to make a film and I gave it to them and they were willing to invest enough to get us off the ground.” Sanger found additional investors and got it made as an independent film.

“I was surprised,” commented Sanger, “how all the actors on the film bonded early and were really committed to the story, an origin story of a great Black man and also the story of an unknown Jewish man who learned about civil rights and joined the cause for the rest of his career.” He added, “Chadwick and Josh Gad [as Sam Friedman] were so good together that they completed each other’s sentences and we talked about developing another movie together, but, of course, we were devastated by the tragic and untimely death of Chadwick.”

Asked what he hoped our students would learn from Marshall, Sanger said, “I think the film is about brotherhood and civil rights at a time perhaps more overtly difficult than the present time, but totally connected to it,” he responded.  “The racism may not be as overt, but it is certainly present in all aspects of our society.  Every victory like Spell’s is only one small victory in a continuous fight for justice.”

“We loved Chadwick as an actor,” Sanger continued, “and he had played iconic roles before such as Jackie Robinson in 42 and James Brown in Get On Up. He was reluctant to play Marshall at first because he felt he didn’t look right, was so much darker than Marshall, and was concerned that that would be obvious and perhaps hurtful to the film with critics. We got him on the phone with the son of Thurgood Marshall who convinced him that the quality of his performance would outweigh any criticism of the colorism critics. And it did. Not only did I think his performance was letter perfect, but so did the entire family of Thurgood Marshall when we arranged a private screening for them before its release. Marshall’s wife was adorable when she told me after the film that she loved Chadwick’s portrayal of Thurgood and thought he captured the essence of her husband. Then she whispered in my ear that Thurgood, of course, was much more handsome than Chadwick!”

How Poly Influenced His Career Path

What part did Poly play in Sanger’s career choice? “My career in film and theater was heavily influenced by David Winder, who was my drama teacher and the school advisor to the Drama Club of which I was president in my senior year,” responded Sanger. “I was also enthralled by Dr. Kastendieck, who was my English Literature teacher, and the head of the English Department.  His poetry lectures got me fascinated by language and dramatic speech, which totally influenced my major in college and my eventual move into the film industry.”

Meet the Poly on Film Panelists

We are thrilled to welcome back Barbara Underwood, who previously joined our 2019 Poly on Film discussion about Ruth Bader Ginsburg. She has a unique perspective having clerked for Justice Marshall in the 1971 Term of Court (1971-72). “At that time, no woman had ever been a Supreme Court Justice,” said Underwood, “only three other women had ever clerked at the Court, and it was thought acceptable for a Justice to say he would not be comfortable having a woman law clerk. Justice Marshall was a pioneer in hiring a woman law clerk, as he was in so many other ways. He cared deeply about fighting against race discrimination, of course, and had a long career doing that before he became a judge — that’s what the film is about. But he cared deeply also about ending sex discrimination, and many other forms of discrimination as well. He once said that it was racist to think that Negroes (his word) are the only people who need to be protected against discrimination.”

“… whenever I am asked whether I feel despair about the direction the Court seems to be taking. The answer is: disappointment, sometimes, but not despair. We don’t have time for that — there’s too much work to do.”

“We remember him,” Underwood continued, “as a fighter for what he believed in, and he certainly was that. But even fighters get discouraged. Early in my clerkship year, two vacancies occurred on the Court: Justices Black and Harlan stepped down, and President Nixon was in a position to nominate two new Justices who were expected to shift the Court dramatically to the right. Justice Marshall clearly felt his life’s work was about to slip away, and nothing could be done about it.  When the law clerks came in to talk with him about a possible dissenting opinion, he would turn his back on us and say ‘I’m tired. This is your fight now.’  One day, his wife, Cissy, came in to talk to the law clerks. She told us it was our job to buck up his spirits, to get him to see that his voice was still needed, that it was still worthwhile for him to speak out in dissent. And so we did. I like to think we made a difference. Justice Marshall threw himself into some important dissents that year. Facing the prospect of a civil rights rollback, he said he was laying down a marker for a brighter future. I think of that experience often now, whenever I am asked whether I feel despair about the direction the Court seems to be taking. The answer is: disappointment, sometimes, but not despair. We don’t have time for that — there’s too much work to do.”

“Two elements of the film enlighten my understanding of Thurgood Marshall,” said panelist Alex Carter. “First, understanding how deeply personal the judicial system was for Marshall to bring change…. Second, Marshall’s friendship with Langston Hughes. I found it essential to see Marshall as a person with friends, aspirations, and loving relationships beyond the view of Marshall solely as a legal and intellectual giant.”

“I want a Poly student to recognize that the trials and activism of civil rights leaders were inside and outside of the American South,” Carter said. “Marshall’s struggles in the film are symbolic of the ‘Jim Crow North’ ​​— racial segregation and struggle outside of the American South. His struggles in the courtroom to be recognized as a lawyer and the racial violence meted out against him in Connecticut point to racism, and the civil rights struggle not being centrally located in the South, but throughout the United States.”

HERE’S HOW TO PARTICIPATE IN THE POLY ON FILM DISCUSSION. HOPE TO SEE YOU THERE!

Register in advance for Poly on Film: Marshall on February 24 at 7:00 PM

After registering, you will receive a confirmation email containing information about joining the webinar. 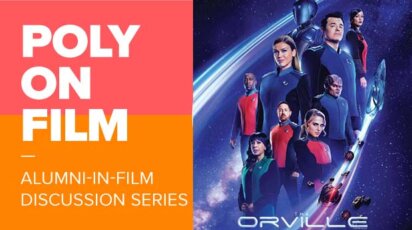 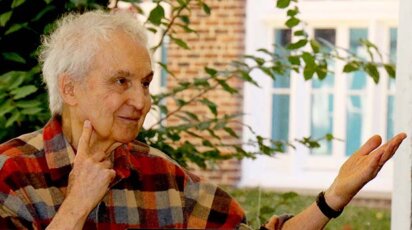 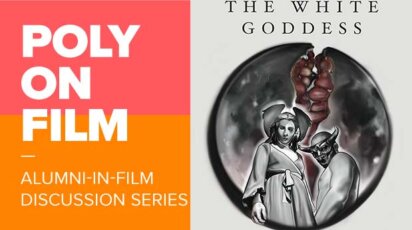