Notable historians, authors, and even a SpaceX engineer were among the many guests who came to Poly to enrich our classroom learning experience and inspire students. Here’s an inside peek at 12 visitors.

In November, Dr. Nicholas Buccola, author of The Fire Is Upon Us: James Baldwin, William F. Buckley, Jr., and the Debate Over Race in America, was our Context Conversations speaker in the Joseph Dana Allen Library. The book takes a deep dive into the historic debate on February 18, 1965 between author James Baldwin, who was the leading literary voice of the Civil Rights movement, and William F. Buckley Jr., then the country’s most influential conservative intellectual, who considered Baldwin to be an “eloquent menace.”

Dr. Buccola read from The Fire Is Upon Us and had a Q&A session with our Upper School history students, who had been asked to read the book and prepare questions for discussion. “Wow… they get easier after that one, right?” was Dr. Buccola’s impressed response when Nick Perez ’20 asked a “powerful and important,” question about his view on the equality of the American dream.

Children’s author and illustrator Raúl the Third kicked off the Lower School Author Series to celebrate LatinX Heritage Month. Since 2010, Lower School students have experienced the joy and excitement of meeting the authors of their favorite books right on the Park Slope campus… and many of those favorites are bestselling authors and winners of prestigious children’s literature book awards. Raul the Third told Grades 4, 5 & 6 about his early life in El Paso, TX, his introduction to drawing, and how he created his books Vamos! Let’s Go to the Market and Lowriders in Space.

In previous Author Visits, author and illustrator Salina Yoon shared her books Penguin and Pinecone and Kiki and Jax with our students. Alexandra Penfold, author of All Are Welcome, read to Pre-K, Kindergarten, and Grade 1 from her picture book about diversity and support for all children. Writer/illustrator Vashti Harrison, author of the New York Times bestseller Little Dreamers, read from her book of stories about visionary women. Bestselling author Dave Eggers delighted the Kindergarten and Grade 2 students by sharing his new children’s book Abner & Ian Get Right-Side Up (illustrated by Laura Park).

In December, students at Upper School Assembly were treated to a visit by writer Rick Moody, whose 1994 bestseller, The Ice Storm, was made into a movie directed by Ang Lee and starring Kevin Kline and Sigourney Weaver.  Thanks to English teacher Christy Hutchcraft, who set up the visit, Poly students got a sneak peek at Moody’s unpublished ghost story about the card game Hearts, then soaked up his interview with English teacher Sean Mullin about his second memoir, The Long Accomplishment. Mullin gamified things by having Moody play a figurative game of “speed chess,” where he responded, rapid-fire, to words and ideas from his memoir, as well as his other non-fiction writing. There’s no doubt Moody was able to relate to his live audience. His published work focuses on mature themes, but he told The New York Times that he tried to write his first novel in sixth grade—at the same age as some of our students. Decades later, Moody is a successful novelist and short story writer, bringing inspiration and excitement to a new generation at Poly Prep.

Another reason a Poly Arts education is so special: Elizabeth Meryman, art editor during the 1990s for the nationally recognized The Sciences (1961-2001), the magazine of the New York Academy of Sciences, met with students in Advanced Drawing and AP Art classes to talk about the connections between art, science, and history.

Before her visit, the students read scientific articles, and then, in groups, chose artwork that connected to the themes they had read about and explained how they made their choices. Matisse, Diego Rivera, Edvard Munch, and Moriko Mori were some of the artists who inspired them to see art through a different lens, not just as an expression of the artist’s emotions, but in historical and scientific contexts. The visit was arranged by Robert Aberlin ‘62, P’00, ‘03, Poly’s Director of Arts Outreach, as part of our Arts Partnership program.

As part of the celebration of Black History Month in February, Poly alumnus Kareem Lucas ’04 performed his own work, Rated Black: An American Requiem, at Upper School Assembly.  After a thought-provoking presentation by the actor, writer, and director of his original work, there was a brief Q&A with students hosted by Runako Gulstone ’04 and Raquel Thompson ’02. Follow Kareem on Instagram @kareemmlucas

Buddhist monk Lama Tenzin Yignyen, an annual visitor to the Lower School, returned  to Poly in March, this time to the Dyker Heights campus. He set up a table in the middle of the Joseph Dana Allen Library and set about creating a sand mandala. Lama Tenzin spoke about compassion with classes who came to the library. He explained to students who gathered around while he worked that the white foundation of his mandala signifies motivation that is pure. Throughout the day Middle and Upper School students came to the library to hear Lama Tenzin speak about what gives meaning to life, how we should treat each other, and his life experiences.

In January, playwright Eric Ulloa came to Poly for an alumni and parent production of his play 26 Pebbles, which is based on interviews with members of the Newtown, CT community affected by the 2012 Sandy Hook school shooting. On May 1, when we had transitioned to Virtual Poly, Ulloa returned to present a virtual masterclass in playwriting and shared a preview of his new work.

During Virtual Poly, Pulitzer Prize-winning historian Dr. Eric Foner and our Grade 11 History students engaged in a dynamic conversation exploring how the present impacts our views of the past. Dr. Foner is DeWitt Clinton Professor Emeritus of History, and specializes in the Civil War and Reconstruction, slavery, and 19th-century America. His book, The Fiery Trial: Abraham Lincoln and American Slavery won the Pulitzer, Bancroft, and Lincoln prizes for 2011.

Student Melanie Macleod ’21 said afterward,  “I really enjoyed hearing from Foner himself; it was interesting to compare his written work to his in-person responses. I really enjoyed what he said about how our current history will require more time before it is written about in the future.”

Our Lower School Author Visit Series continued in Virtual Poly. Mac Barnett read from his new book, Paolo Emperor of Rome, on May 19. Grades 1 and 2 enjoyed the exploits of Paolo, who is a dachshund, and Lower School librarian Kristen Robb said many of the students in turn introduced their pets to Barnett after he read his book. “The kids told Mac how much they loved his books (he has 44),” Robb said. “One child told Mac he was writing his own story, Baby Spy, and is using Mac’s book Kid Spy as inspiration.” Robb said she and all the kids “wore hats during the Virtual Author Visit because Mac has a show on Instagram Live, Mac’s Book Club Show, and he encourages ‘club members’ to wear hats.”

Poly celebrated the third annual Nathan & Estelle Feldman Sustainability Prize & Lecture on May 20 in Virtual Poly. Guest lecturer Dr. Alexandra Harrington, discussed sustainability in the age of COVID-19, as part of the celebration of Earth Month & Beyond. Dr. Harrington was a Fulbright Canada Special Foundation Fellow at the Balsillie School of International Affairs in Waterloo, Canada and is currently visiting associate professor at Albany Law School and the Research Director and Lead Counsel for Peace, Justice and Accountability with the Centre for International Sustainable Development Law (CISDL).

Dr. Harrington spoke about the Sustainable Development Goals (SDGs) of the U.N. and how laws will impact climate change. She added that the COVID-19 pandemic “could be empowering for communities impacted by COVID” and that we may be developing new models for post-COVID life. She advised her audience to “reflect on what you have learned” during the pandemic and “take those lessons with you.”

Nursery students who wondered whether there is nighttime in space asked this and other questions when Neel Nayak, a Senior Structures Engineer at SpaceX, visited during their virtual joint Nursery A and B morning meeting on May 29. The next day, SpaceX, a private aerospace company, and NASA made history with the launch of the Crew Dragon capsule using a Falcon 9 rocket. It is the first time American astronauts have launched from domestic soil since 2011 and once the mission is completed, the vehicle will be certified to regularly transport people to space.

Nayak, who has worked at SpaceX for 10 years, is the uncle of Shayaan M. ‘34, a student in Shirley Dayes’ Nursery B class. Nayak works on the Crew Dragon vehicle as a member of the parachute system team that brings the astronauts safely back to earth. His informative and engaging presentation sparked the imaginations of students, teachers, and families. 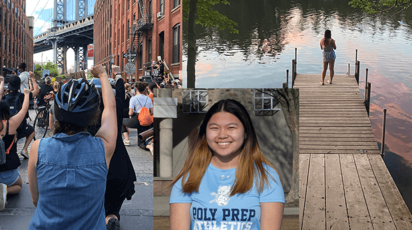 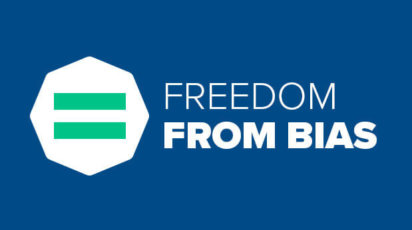 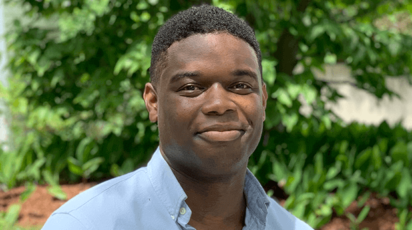 Opeyemi Laniyonu has joined the Advancement team as Director of Advancement...