We are pleased to welcome our new Director of Major Gifts Keith Wiggs, who comes to Poly from the Elisabeth Morrow School in Englewood, NJ, where he served as Director of Development from 2016-2019, increasing parent participation in annual giving and helping secure the school’s largest single gift of $2 million. Prior to that he served as Associate Director of Development at Montclair Kimberley Academy in Montclair, NJ, where he oversaw the day-to-day fundraising during the Academy’s $23 million comprehensive campaign. His professional fundraising experience spans 30 years in higher education and cultural institutions such as The Juilliard School and Lincoln Center.

“I was attracted to Poly because of its distinguished history as a leader in the independent school world,” Keith said. “I have known many of its alumni families. I am also drawn to its particular place in south Brooklyn, an area that is rich in culture and diversity. Of course, the opportunity to be Director of Major Gifts at a time of growth and new leadership is especially exciting.”

Keith grew up just outside Washington, D.C. in the Virginia suburbs. His father was a professor of Education at George Washington University and his mother taught in the public schools. “My first love was classical music and I had an aptitude for playing the violin,” he said. Keith attended Manhattan School of Music as an undergraduate, earning a Bachelor of Music degree in violin performance. After graduating, he freelanced in New York and Washington, DC, and for two seasons, he was Associate Principal 2nd Violin with the Fairfax Symphony in Virginia.

At the suggestion of John Crosby, founder of the Santa Fe Opera, Keith applied to NYU for the graduate arts administration program. “I had always been involved with management,” Keith said, “first as an orchestra manager, then a stage manager, and finally as a house manager, while performing. At NYU, I found a very comfortable outlet for my natural abilities, especially my knack for fundraising.”

One of Keith’s earliest jobs was with Lincoln Center where he apprenticed under New York’s top fundraisers including legendary soprano Beverly Sills, who was Chairman at the time. Keith was responsible for managing millions of dollars in grants for programs such as the Mostly Mozart Festival, Jazz at Lincoln Center, and the Live from Lincoln Center broadcasts. “For my next assignment,” Keith said, “I literally moved next door to The Juilliard School where I witnessed firsthand the impact of philanthropy in providing educational opportunities for America’s most talented musicians, actors, and dancers.” Later, during his years with New York’s Orchestra of St. Luke’s, Keith raised vital support for countless artistic projects presented at Lincoln Center, Carnegie Hall, Brooklyn Museum and BAM, among others.

In 2006, Keith moved to New Jersey with his family and took senior positions with Montclair State University where he completed a multi-million dollar comprehensive campaign that included the opening of the John J. Cali School of Music.

Poly is fortunate to have Keith at this unusual time in New York City history. “Thanks to my solid foundation in fundraising and my early exposure to the New York philanthropic community, I am well-prepared to help Poly bring its long-held aspirations to reality, whether the projects are arts-related or not,” Keith said. “Ironically, some of the biggest projects on which I’ve taken the lead were in the natural sciences. Others were for academics, and still others were about organizational development and capacity building. What these things have in common is my commitment to expanding and diversifying sources of contributed support for worthy initiatives.”

“While there are many worthy organizations vying for your attention, Poly is your home and you can make a major impact on the educational opportunities available to its students. It takes everyone’s participation in philanthropy to support that margin of excellence that is a hallmark of great institutions.”

This is not the first time that Keith has encountered an economic downturn during his long career in fundraising. “I can say with all candor that wealth and philanthropic spirit co-exist even in challenging times,” Keith said. “It is true that we are facing unprecedented obstacles to communications because of the pandemic. There won’t be many face-to-face visits, cocktail receptions, or donor lunches in the near future.  However, thanks to new technologies like Zoom and good old-fashioned letter writing and phone calls, I am sure that I can make a compelling case for supporting Poly.”

Keith wants Poly alumni and parents to know, “While there are many worthy organizations vying for your attention, Poly is your home and you can make a major impact on the educational opportunities available to its students. It takes everyone’s participation in philanthropy to support that margin of excellence that is a hallmark of great institutions.”

On a personal level, Keith enjoys reading, exercising, and playing the violin. He and his husband, Ted LeFevre, have twin college-age sons, Connor and Taylor. “Despite my background in classical music, I enjoy attending alternative rock festivals with my 19-year-old-son, Connor,” Keith said. “We are planning on doing the European circuit once the COVID-19 pandemic is over.” 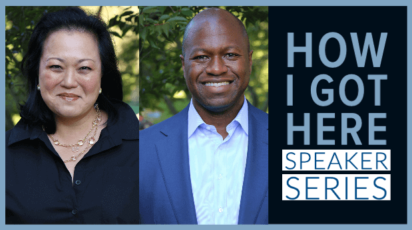 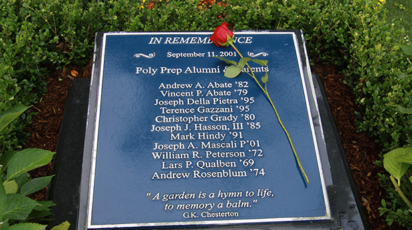 Poly Remembers Those We Lost on 9/11

Joining the nation on this tragic anniversary, Poly commemorates the attacks of September 11, 2001 by remembering the 10 alumni… 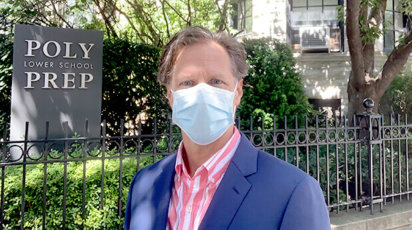 Back to School: Turning Challenge into Opportunity

School must go on. Head of School Audrius Barzdukas P'20 announces that Poly Prep is reopening both campuses...