Robots and railroads were created virtually by fifth graders and middle school students, who got hands-on in a virtual world to showcase their creativity and ingenuity using modeling software.

Ann Oransoff’s 5th grade Computer Science class was introduced to Edison robots (programmable robots with interactive sensors and motors). They decorated their robots with Legos, used bar codes to program them to seek and chase obstacles, and then put them to work in a sumo wrestling match, with the goal  of pushing their opponent’s robot out of the ring. Congratulations to the winner of the competition, Sasha L.  ’27!

Ann Oransoff’s 8th grade Computer Design class students have also been exploring technology. The assignment: Create a 3D model of a locomotive with no instructions, just a single image for references.

“First they had to build a rail car using the image attached as a guide,” Oransoff said. “Then I gave them the other image of a locomotive and asked them to build that just based on looking at the picture and eyeballing the size of everything. Their final project has them building 26 food items in the 3D modeling program. I gave them a list of the foods. They are working on that and it’s hilarious and wonderful all at the same time.”

The sixth graders are getting their turn with tech as well. “I am working on a gigantic Tetris game with all 6th graders using the modeling software to build a set of Tetris pieces with their name or initials on each piece,” Oransoff reports. “Once all 450+ pieces are 3D printed and painted, we are going to put magnets on the back of the pieces and have a ginormous Tetris game on the wall outside my office that is playable.” 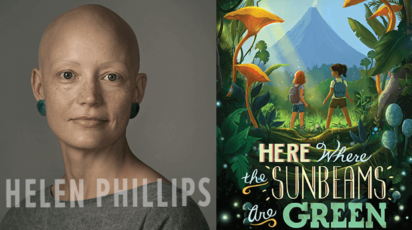 It is always a treat when an author comes to Poly and students get to speak with a favorite writer. 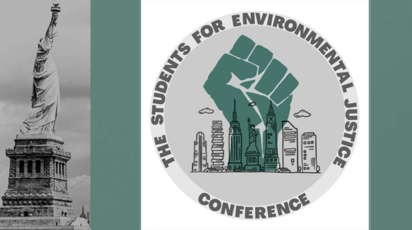 Reflections on The Students for Environmental Justice Conference

Rayeeda Mahmud ’23 writes about her experience in November's Students for Environmental Justice Conference.

“Our goal is to provide our students with the tools and vocabulary that they need to combat racism."