In our latest installment of Heard on Campus, we spoke with some aspiring fifth grade astronomers who were learning about our solar system. The students created models of the solar system and displayed them near the fifth grade tents on the Dyker Heights campus. We asked science teacher Eman Abbas and some of her students in her Grade 5 class about it. Here’s what they had to say.

“The students were asked to design their own 3D solar system model,” said Grade 5 science teacher Eman Abbas. “Each student was given the freedom to decide how they wanted their model to look and what they wanted to emphasize in their visual representation, what materials they wish to use, and to think about our lessons on scale and distance of the planets. What surprised me most was seeing how each student was able to illustrate what they learned in class through their models while applying their own interests into the projects, and hearing from many students that they have tried to make a scaled model, but realized their figures would be hard to see. One student [Arhan S.] decided to make a project with scaled distance instead, and was even able to bring it to school!” (Photo below)

“I learned the order of the planets and I also learned a lot of fun facts like that Mars has two moons,” said Isabel W. ’28. “Another thing that I learned was there are more dwarf planets than just Pluto, which I thought was very interesting and that there is an asteroid belt separating Mars and Jupiter. My favorite part of making the project was focusing on the little details on the planets that you may not have seen before. Another thing I liked about making it was adding finishing touches like the fairy lights I put on and adding little jewels as stars.”

“My project is a long piece of string that has planets (styrofoam balls) on it,” said Arhan S. ’28. “The distances in between the planets are to scale, though the sizes are not. I was inspired to make this because I wanted my model to show something, and I decided that it would be too hard to make the sizes of the planets to scale. However, making the distances in between the planets to scale wouldn’t be as hard. I decided to make it a string so that it wasn’t too hard to bring into class. It would be hard to lug around otherwise. However, since it was a string, I could fold it up, and put it into a plastic bag pretty easily. From doing this project, I learned a lot about the distances in between planets. Before doing this project, I had no idea that the distance from Saturn to Uranus was more than the distance from Saturn to the Sun. That makes the distance between Saturn and Uranus more than 1,400,000,000 kilometers away!” 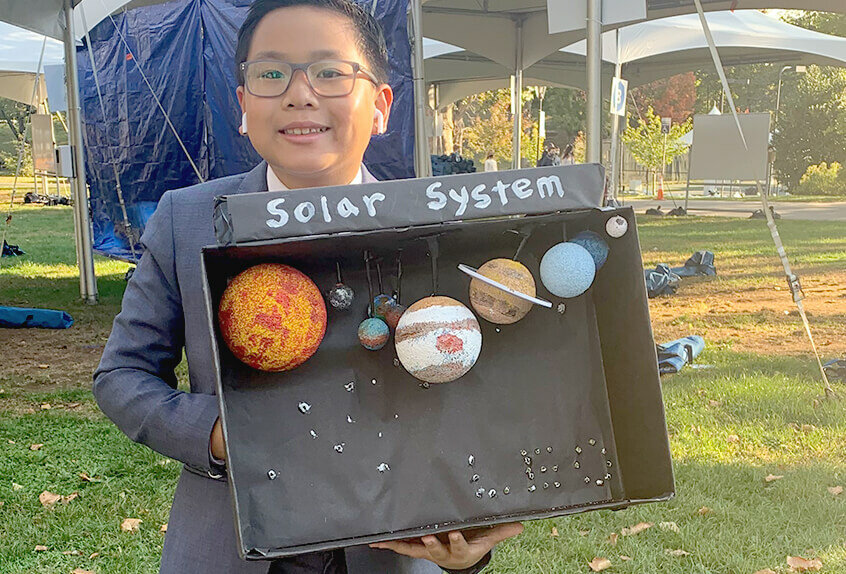 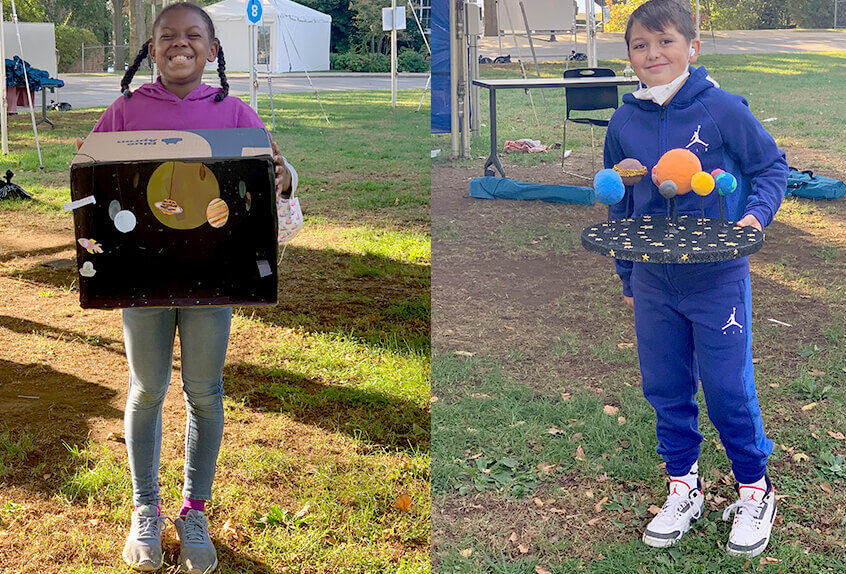 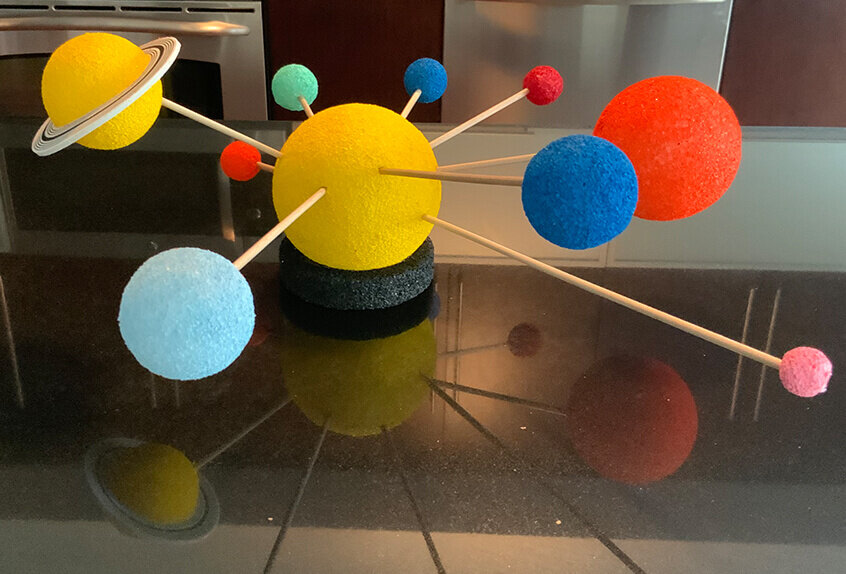 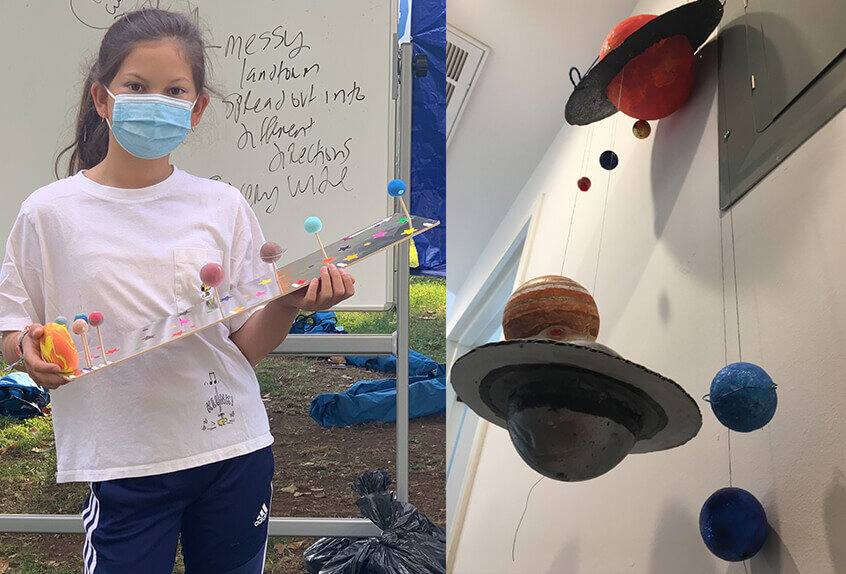 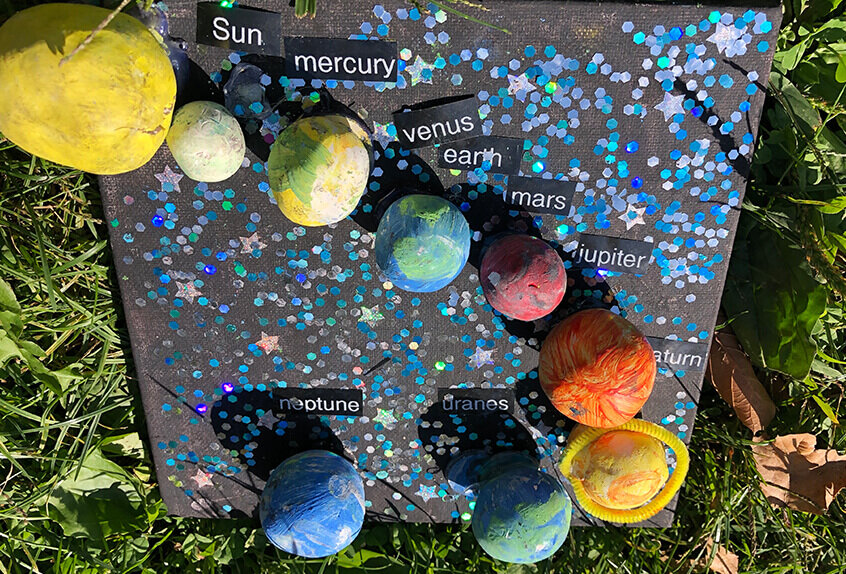 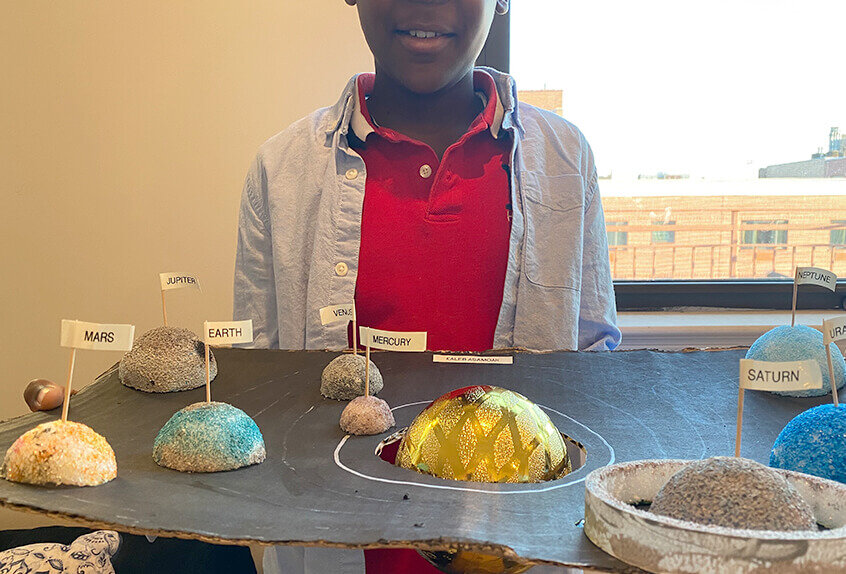 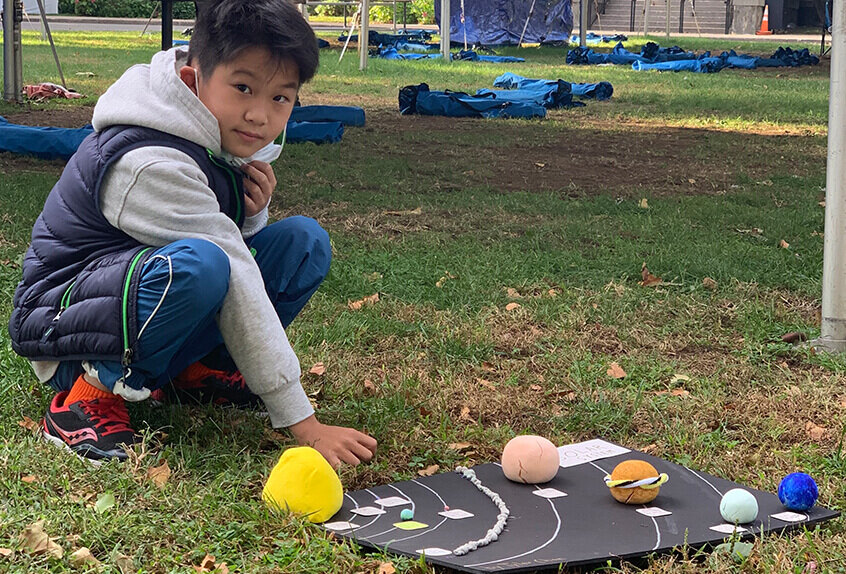 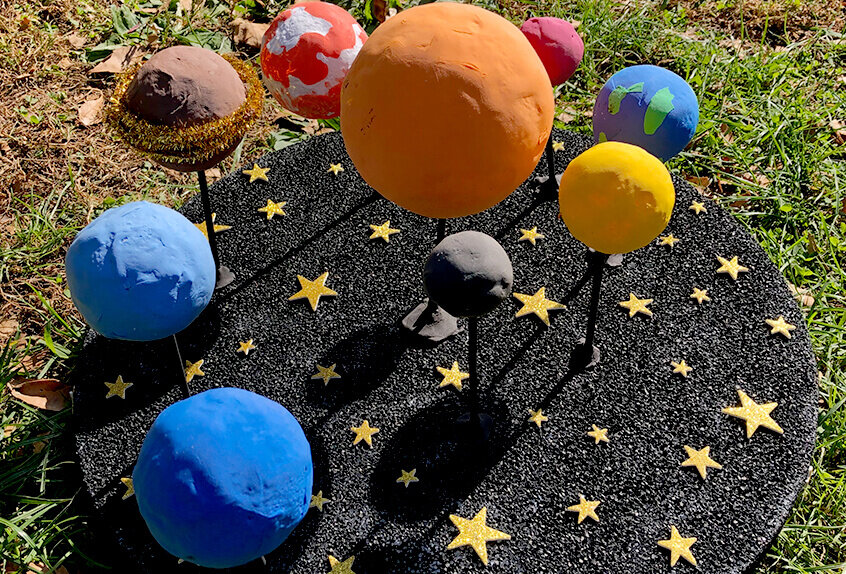