Middle and Upper School faculty and students entered Virtual Poly on April 1 not knowing how long they would be teaching and learning on this very different campus, but students have quickly adapted to it, and many are thriving.

Teachers are interacting with their students in a whole different classroom and in many cases are using new technology. Students see their classmates in Zoom or Google Meet instead of homeroom or Commons. The Spring Arts Festival, concerts, and the Middle School musical were put on hold or cancelled and Commencement may be held virtually. Virtual Poly evolves as the weeks pass.

“My daughter is exploring the New Deal in Mr. Carter’s Grade 11 American History,” said Nicole Gagnon ’21, ’23,  “and was asked to view several artworks created during that time, select one, and present to her class in Virtual Poly an analysis of how social policies during that time influenced the art that was created. She enjoyed being able to do her independent analysis and then share with her class through Zoom using slides.”

“In my Math 8 Advanced classes,” said teacher Stephen Bates, “we traditionally had a very open forum kind of environment where students would freely ask questions, interject mathematical arguments, and support each other in a positive manner.  I was nervous that we would lose that in Virtual Poly.  But I am so proud of how maturely and respectfully my eighth graders have acclimated to online learning and how they have continued the communities, which we set up on campus.” 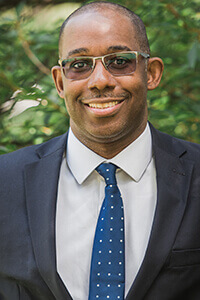 In one update, Head of Middle School Andre Del Valle P’29, ‘33 said, “I miss seeing all of you in the halls of Poly, but it has been great to see you all in the virtual world.” He urged them to join clubs that are available on Fridays. Students are encouraged to reach out to their deans, as they would normally. Teachers populated their Google Classroom sites with enrichment and supplemental work “to help meet the diverse needs of our students.” 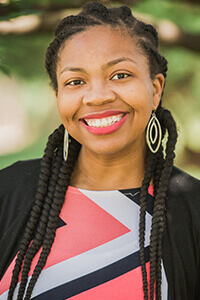 In Grade 5, Jayda Abrams’ science class discussed the water situation in the United Arab Emirates and controversy surrounding building a man-made mountain to increase waterfall. “For homework, students posted a video describing why they agreed or disagreed with such an endeavor,” said Deborah Cavalcante P’27, who added that they also were asked to contribute “comments on their classmates’ video posts using FlipGrid.”

“My fifth grader enjoyed a project that his English teacher asked him to do related to memorizing a piece of poetry,” said Blake Foote P’27, ‘29. “His teacher challenged him to ‘go above and beyond the assignment’ and select images related to the poem to create a film. He recruited a family friend we were quarantined with to help him, and they met several times over two weeks to create it.”

Doria Lavagnino P’23, ’25 shared, “I know when Lucy is doing PE because I can hear her jumping above my head!” 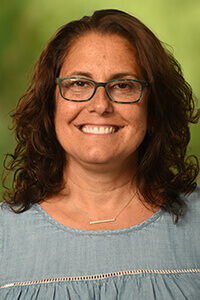 “When we first started Virtual Poly, students thought it was pretty cool learning ‘online,’” said Middle School math teacher Sabina Laricchia P’21.  “They adapted pretty well, but what surprised me most is how vocal the students are about not being in school.  They really miss their teachers and especially their friends.   They miss everything that Poly offers.”

Teacher Guy Devyatkin said that in a seventh grade Virtual Poly science class, “There was a moment when my students, who are rapidly becoming young adults, were also still children. Our class was discussing the combustion of wax in a candle, and I had placed a burning candle on my desk in view of the camera. I demonstrated how a candle produces water vapor, and could deposit unburned carbon on a silver spoon. I asked them to all move very close to their computer screens and look closely at the burning candle. Soon my screen was filled with their faces. I told them that they should make a wish, and then we would blow the candle out together, on the count of 1-2-3. As they did this, I blew out the candle. That image of 16 faces and their wide-eyed expressions when the candle went out was memorable.” 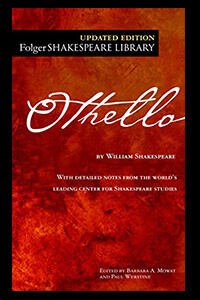 In an April 8 Virtual Poly update, Head of Upper School Sarah Bates reported, “Just this week, students have translated Cerberus in Latin class, explored the relation of Shakespeare’s characters in Othello to those in ancient religious texts, compared government policies during the New Deal to the current stimulus package, and graphed the domain and range of algebraic functions.” 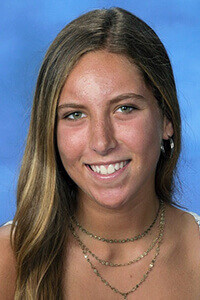 “My favorite online classroom has been my AP Government class,” said Katie Futterman ‘20. “Ms. Moslander has done a great job of maintaining consistency in our class. She structures it in a really similar way to our previous classes, with free writes and compelling conversations. All the while, she always manages to check in on us and ask how we are.”

Nicole Gagnon ‘21, ’23 said her two Upper School children “have taken the changes in stride.” She adds, “It is amazing to me how they remain optimistic and look forward to everything getting better soon. Also surprising is the self-determination they have shown in staying active and keeping in shape. Both have had sport seasons suspended—club volleyball for my daughter and Poly tennis for my son. My daughter continues with three team workouts a week by Zoom, as well as workouts on her own. My son has one team workout a week for tennis as well as one for his Poly squash team. He follows a self-workout regimen sent by his Poly squash coach.” 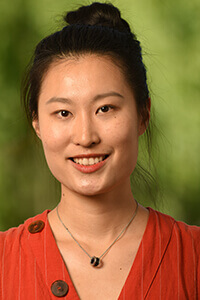 Mandarin teacher Kai Kang came up with the idea of having a virtual home cooking class to show her Mandarin 2 classes, who were studying a unit about Chinese foods,  how to cook her favorite Chinese dish while learning Mandarin. “This will also help them prepare for their final project, which is to make a cooking video about their process of cooking one Chinese dish of their choice.”

“One lesson plan that went well,” said World Languages Chair Elisabeth Mansfield,  “involved the use of the interactive software called PearDeck in French 3 class. Students were all given a set of vocabulary words in French. They had to write sentences with them and then illustrate them with this fun platform. The program then shows everyone the different illustrated cards and sentences, and students vote on their favorite.”

“Knowing our students, I’m not at all surprised that they have adapted amazingly well to Virtual Poly!” said history teacher David Reid. “Even though we all recognize that online learning presents certain challenges—”You’re still on mute;” “Can you hear me now?” “My screen is frozen”—our students are wholeheartedly embracing the strengths of Virtual Poly. The positive attitude and ‘we will get through this’ spirit, from students and staff alike, make me extremely proud of our school.” 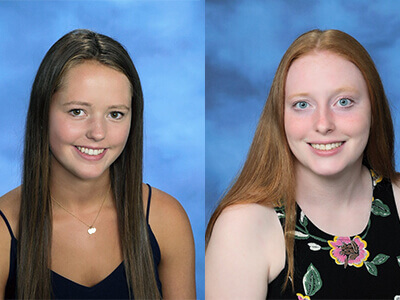 Class of 2020 Vice President Molly O’Connor ’20 and President Bailey Chapin ‘20 worked to get information to their classmates and to advocate student interests in regard to Senior Plan, Commencement, and end-of-year awards. “Our Instagram has been very successful in accomplishing our first goal, and Bailey and I have been in countless meetings to try and work with the administration to find out solutions for our second,” said Molly.  “Another big part of the virtual student government experience for us was to end our terms as President and Vice President and help Dean of Student Life Ms. Davis and the candidates during the elections. We have worked hard all year to fight for the student body and even though our last month or so in office was challenging, we got through it and are excited to see where our newly elected President, Vice President and Spirit Captains take Student Government in the future.”

Not all the adjustment to Virtual Poly has been in the classroom. Katie Futterman ‘20  said, “I have learned how to be alone. Before, I was always super busy and desperate for time to relax. Now, all I have is free time. I have delved deeply into the things I always said I would do—writing, running, and reading.”  To help, Poly faculty and coaches are staying in touch with students. “Everyone is checking in on me so much,” Katie said. “Although my lacrosse season was cancelled, Coach Mello has gone out of her way to organize calls, workouts, and use the GroupMe to stay in touch. We have been able to keep The Polygon alive as well. In every call, teachers ask how we are. It has become evident how much everyone cares about the community.” 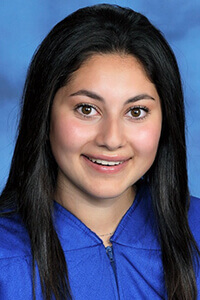 “I have learned that artists can create no matter where they are,” said Alexandra Nava-Baltimore ‘20. “Being inside my house, I have utilized the materials I have in my art studio and have continued challenging my ideas to create new innovative projects. Even though we are at home, our ideas don’t stop, and I have been able to get back into needle felting, I have been sewing, continuing to paint, draw, and photograph, as well.”