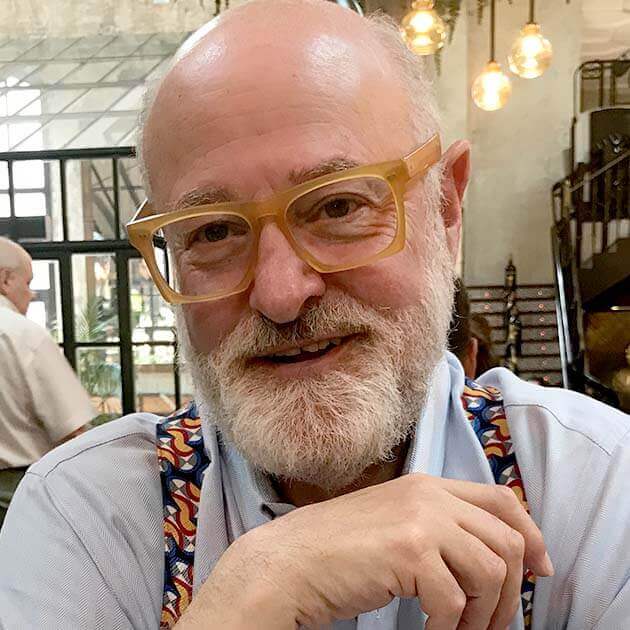 Ed Schoenfeld ’67 dropped out of NYU in 1969 to become a culinary authority. He’s known for creating two of the country’s most delicious Chinese restaurants, RedFarm and Decoy, and for being an unlikely ambassador for great Chinese food and chefs. His career began by driving a Good Humor Truck and graduated to writing a column called “Gravy Stains” for the Brooklyn Heights Press. He drove a cab to finance banquets at Chinese restaurants so he could order, study and eat esoteric dishes – all while having fun. There were few Chinese cookbooks or classes in the early 1970s, but one chef, Lou Hoy Yuen at Szechuan Taste, allowed Ed to shop for him, watch him cook, and learn what “good” was. Ed became a leader in the ‘70s and ‘80s revolution for culinary authenticity and an authority on Chinese cuisine. He was often quoted in the press, interviewed on radio and TV, and appeared in the documentary, The Search for General Tso. Besides RedFarm and Decoy, he opened several top-rated restaurants in New York City, including Vince & Eddie’s, Fishin’ Eddie, Pig Heaven, Auntie Yuan, Café Marimba and Safari Grill among others. Those who knew him well, loved his generosity, stories, humor, hospitality and delicious cooking, a mash-up of Eastern European, New York, American low-country, Chinese, Japanese, and Italian ingredients, flavors and techniques all cooked with love. He was posthumously awarded Poly Prep’s Distinguished Alumni Award in 2022.